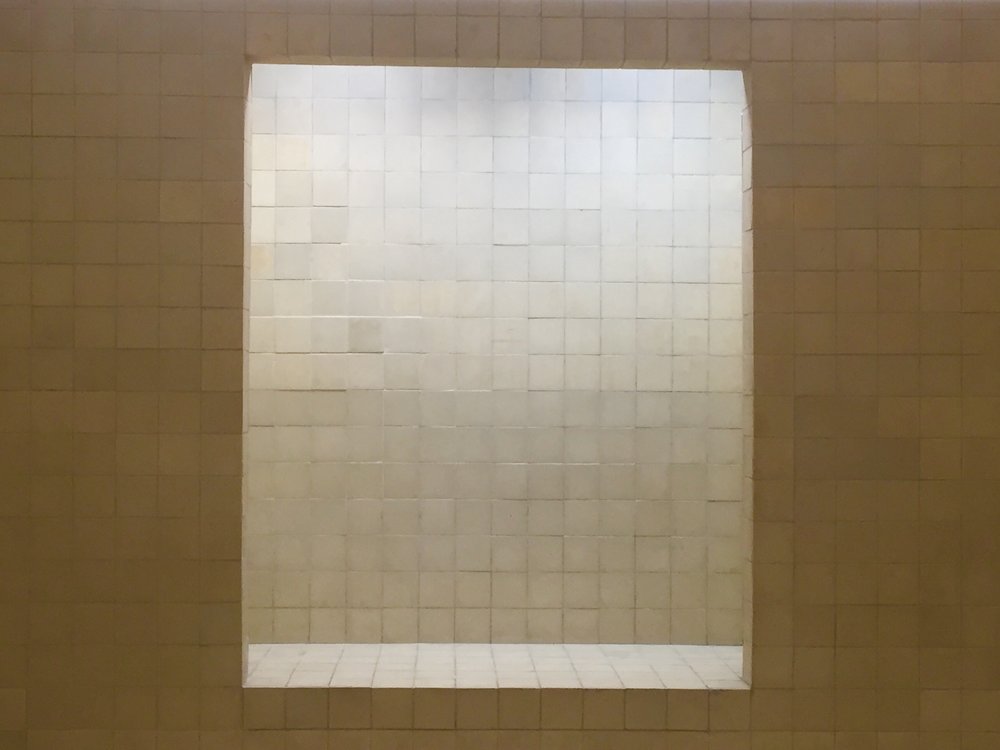 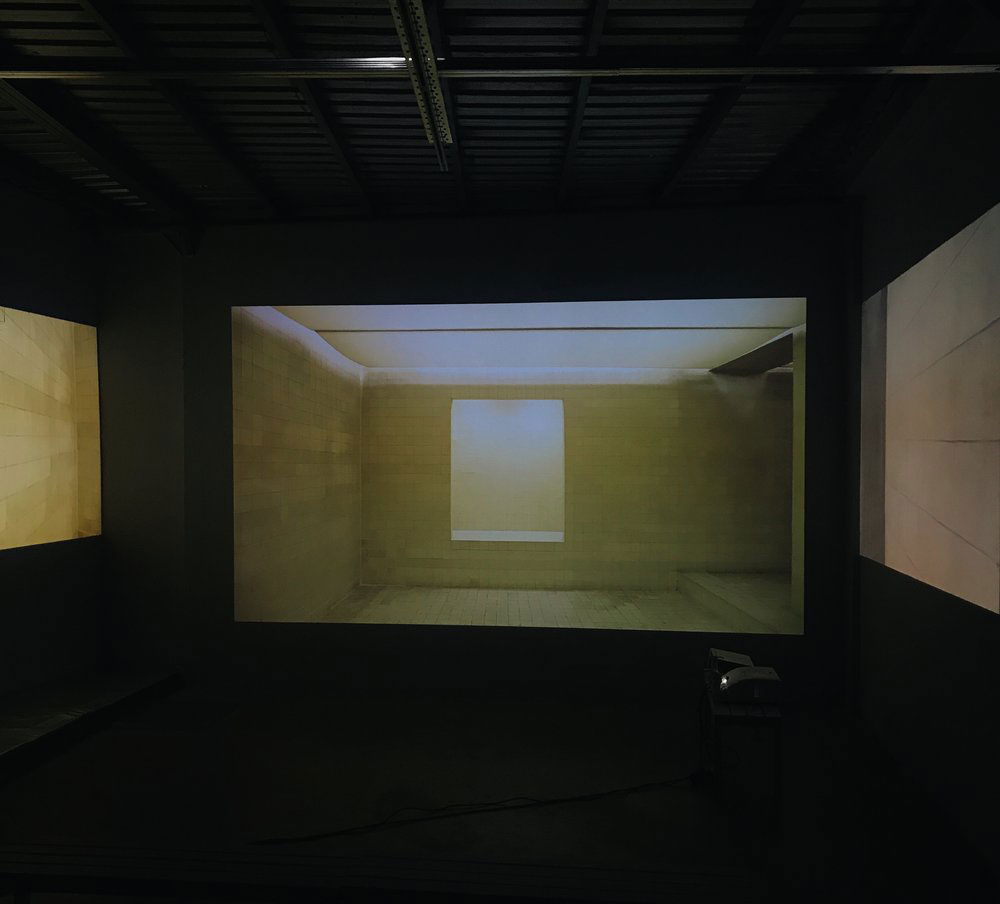 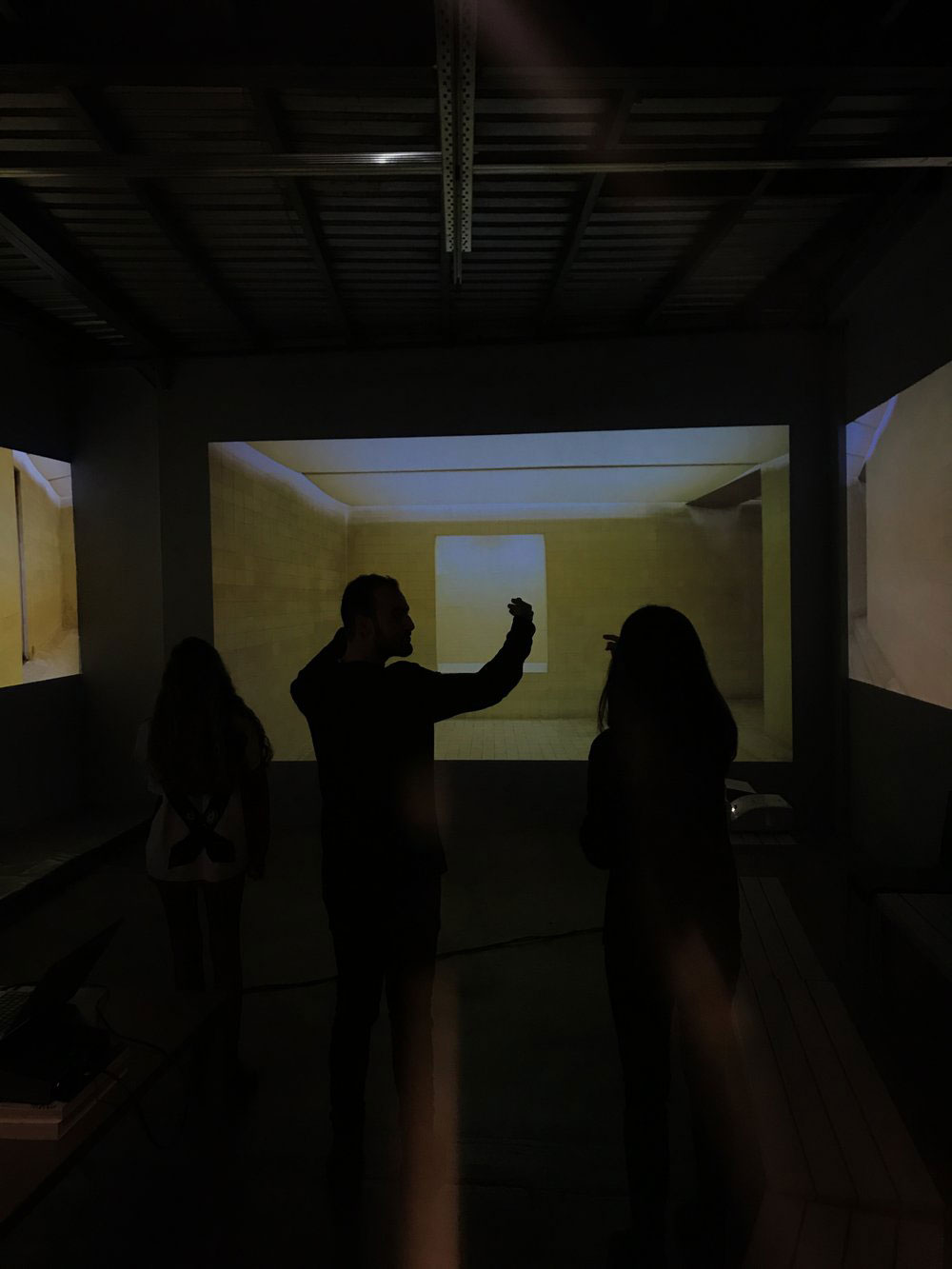 It is customary to call cinema ‘moving pictures’. The ‘moving’ part of the image in cinema is fascinating, but the ‘pictures’ part of ﬁlm has always been of great interest to me as well. A painterly arrangement of forms contained within the frame, or the movement of the camera; symmetry-asymmetry, balance-imbalance, sense of weight vs. sense of lightness; the ways and possibilities of behaving like a painter in cinematic and pre-cinematic ways…

With the invitation of Bilsart, I imagined a 3-artist program that will last throughout December 2018, and the program does what I mentioned above in reverse – i.e. here, painters act as ﬁlmmakers – but in fact, it amounts to the same thing. Here, artists who love and want to engage in video-work are invited to move their own pictorial worlds.
One of my biggest dreams was to freeze and -in a sense- monumentalize Maçka Art Gallery, the legendary exhibition space of my childhood. I was always fascinated by Chantal Akerman touring the empty rooms of Hotel Monterey with his camera, Michael Snow’s Wavelenght as a tribute to empty space, Bachelard’s Poetics of Space, Tanizaki Jun’ichiro’s In Praise of Shadows. I shared my idea with Sinan Logie. He understood it immediately. What more would someone wish for?

SANCTUARY IN THE SANCTUARY

During the Ottoman reign, a mosque has been built within the Parthenon, in Athens. The East-West axis of the ancient temple and the Ottoman place of worship volume’s orientation towards the Qibla created one of the most beautiful tensions in the history of architecture. Sinan Logie’s video installation ‘’Sanctuary In The Sanctuary’’ portrays Maçka Art Gallery, which has been during 40 years one of the leading art spaces of Istanbul, within Bilsart. The work is an ontological approach to space, in history of architecture and history of art.

In 1998, after his Architecture Studies at Institut Superieur d’Architecture Victor Horta in Brussels, Sinan started his collaboration with one of Belgium’s most progressive architecture office: L’Escaut. Since 2005, Sinan has developed his personal architectural and artistic work through various projects in Belgium and Turkey. His work has been exhibited and published in Europe, USA and Turkey. He is currently leading his researches and teaching architectural design studio courses at Istanbul Bilgi University. Sinan is the co-author, with Yoann Morvan of the book ‘’Istanbul 2023’’ analyzing the urban spread of Istanbul. In 2015 Sinan co-founded with Yasar Adanalı: the ”Center for spatial justice” (Mekanda adalet derneği), an independent urban research institute, focusing on spatial justice issues.