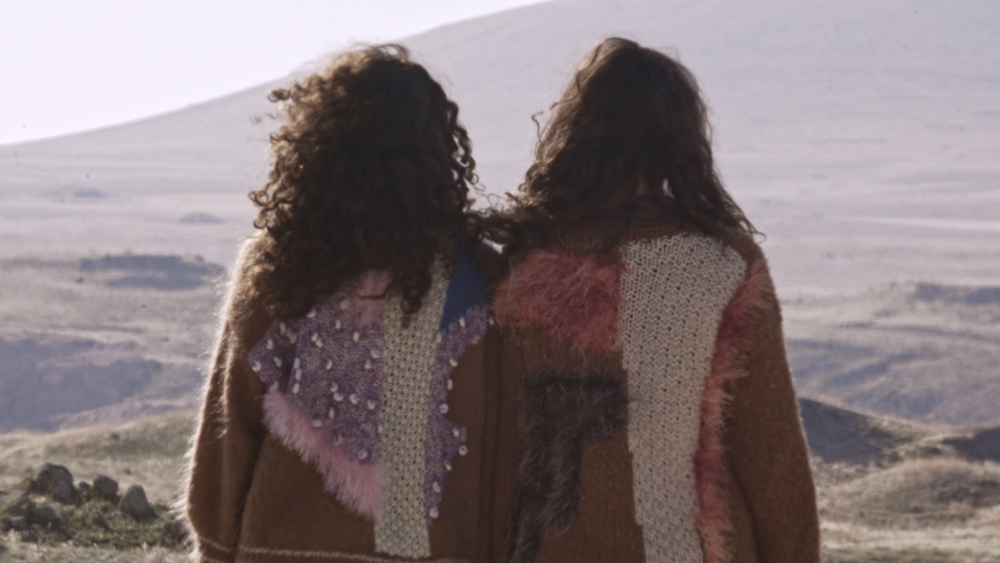 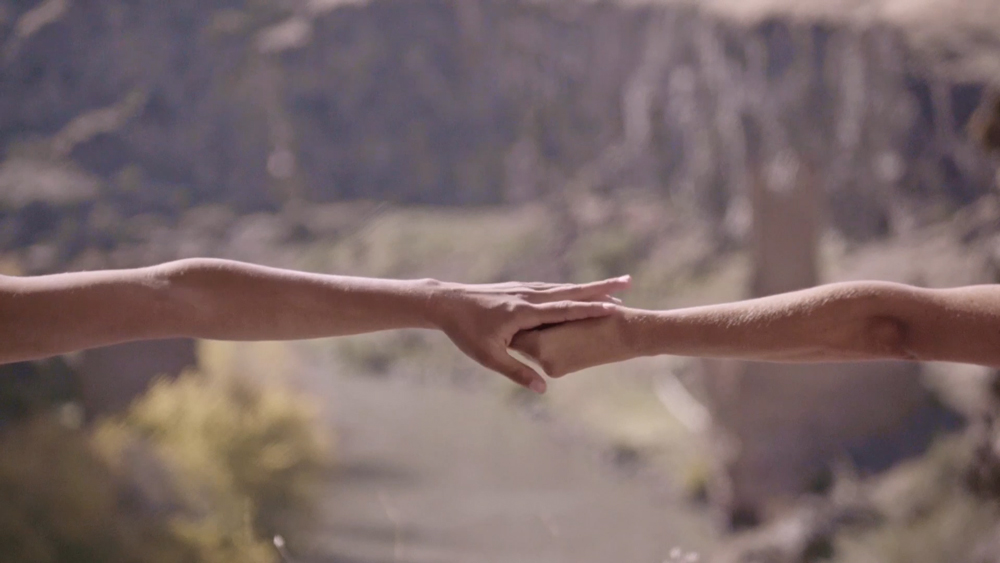 A Parallel Event To The 4th International Mardin Biennial

This new film by Senem Gökçe Oğultekin is shown for the first time at the 4th International Mardin Biennial. The film was shot among the ruins of the historical town of Ani (10th AD) next to the closed border with Armenia. The land on two sides of the border meet and dialogue through the bodily interaction of two dancers, one from Turkey and the other from Armenia. In other words, this is a story of mutual nourishment and possible future building based on dance and sensuous listening of the space by two old souls. The film takes its starting point from the idea that when we give space to our sensuous bodily existence we are able to transcend cultural borders and refrain ourselves from dissecting and calculating worldviews. Then abstract identities such as gender, nationality, style and ideology disappear revealing concrete living beings in bodies that sweat, shiver and breath, adorned with a heart that loves, mourns and hopes. The film is also shown at Bilsart (Istanbul), during the last two weeks of May, within the scope of the biennial’s collaboration with art institutions in different cities.

Senem Gökçe Oğultekin is performer, choreographer and moviemaker based in Turkey and Germany. She studied dancing at the Folkwang University of Arts in Essen and worked with artists like Pina Bausch, Va Wölfl, Meg Stuart, Laurent Chétouane, Mara Tsironi among others. She has been performing at theaters such as Theatre de la Ville, Kaitheater, Pact Zollverein and has participated festivals like Biennale di Venezia, Tanzplatform Deutschland, Kunstenfestivaldesarts and Rencontres Choreographique de Saint Denis. “Small Talks mit Essener Jugendlichen” – a documentary – performance project, the danced opera “Troja, eine Oper des Plagiats” created on invitation of the Art Museum of the city of Müllheim, the dance – singing performance ‘My grandma is a stone’, a collaboration with the choreographer Aslı Bostancı – premiered at the Theatre Festival of Istanbul and the dance video Dun (Home) – produced in artistic collaboration with Levent Duran are among her own works. By using multimedia, dance, body research, improvisation and vocal work, Senem Gökçe Oğultekin creates hybrid works which play with the boundaries of art categories.