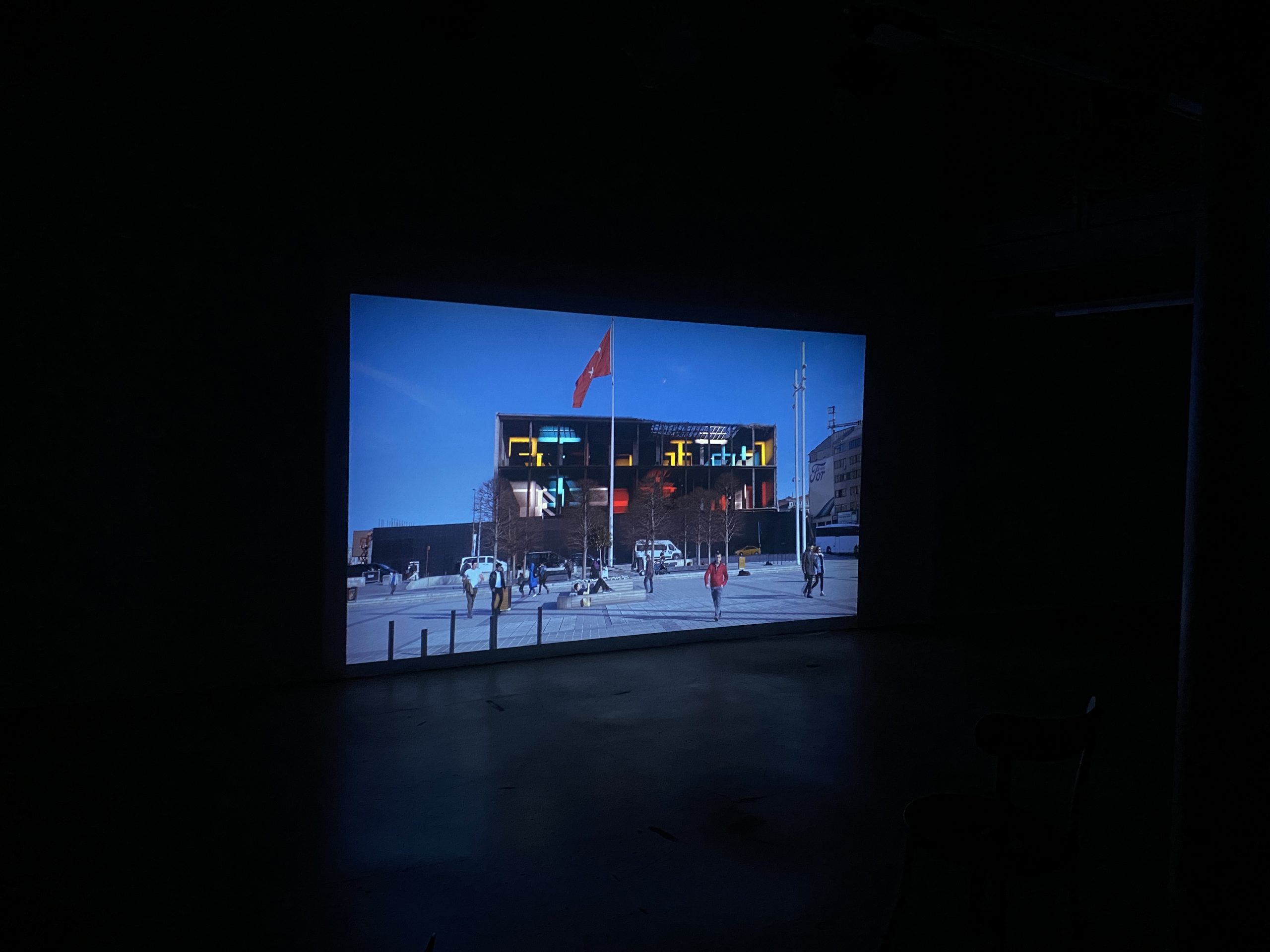 Bilsart is hosting Philipp Lachenmann’s exhibition entitled “AKM(Turkish Night)” between September 1-11 in a collaboration with Tarabya Culture Academy as part of the Studio Bosporus Festival.

The Ataturk Kültür Merkezi (AKM) Opera House in Istanbul is a central symbol of the modern secular republic. During the Gezi protests in 2013, the dilapidated AKM became a site of resistance. With the digital-cinematic implementation of a politically charged, fantastic-psychedelic play of colors, Lachenmann brings the building, which was demolished in 2018, to brief “splendid life” for the last time.

Philipp Lachenmann, born in 1963 in Munich, after training as an architectural model maker, studied film (Hochschule für Film und Fernsehen HFF, Munich) and art history and philosophy (Ludwig-Maximilians-University of Munich) before completing postgraduate studies at the KHM Media Academy in Cologne. The conditions in which collective images are created and how they work are as much a subject of investigation in his conceptual-artistic practice as are confrontations with society, its abysses, and fractures. His works have been exhibited in many venues, including at the Shanghai Biennale; Martin-Gropius-Bau, Berlin; Museum K21, Düsseldorf; Hamburger Bahnhof – Museum für Gegenwart – Berlin; Deichtorhallen, Hamburg; and Pinakothek der Moderne, Munich. Lachenmann’s cinematic works have been shown at the International Film Festival Rotterdam, San Francisco International Film Festival, New York Film Festival, and the Hong Kong International Film Festival. He has held residencies at Villa Massimo, Rome, Cité des Arts, Paris, and Villa Aurora, Los Angeles. Lachenmann works in Berlin and Los Angeles.

Philipp Lachenmann was a resident at Tarabya Cultural Academy from March to August 2018 and from September to October 2020.