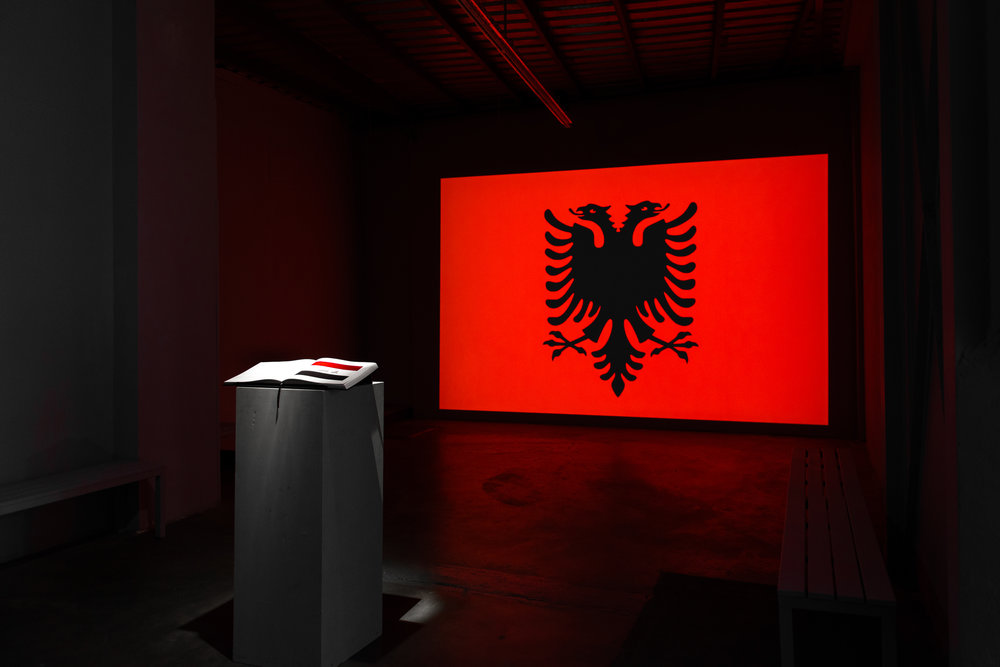 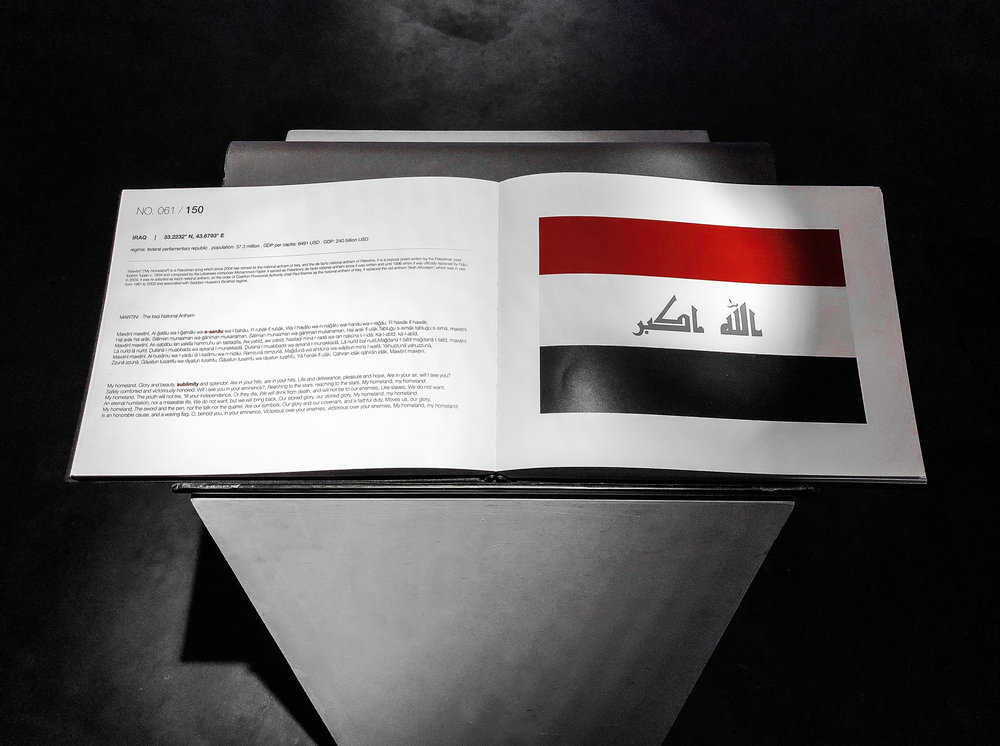 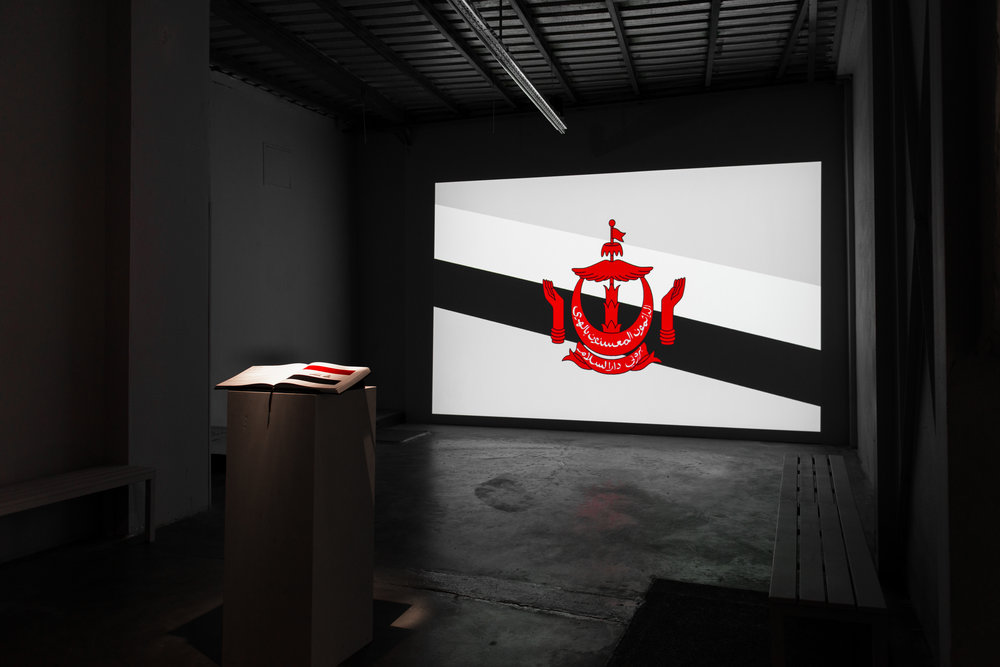 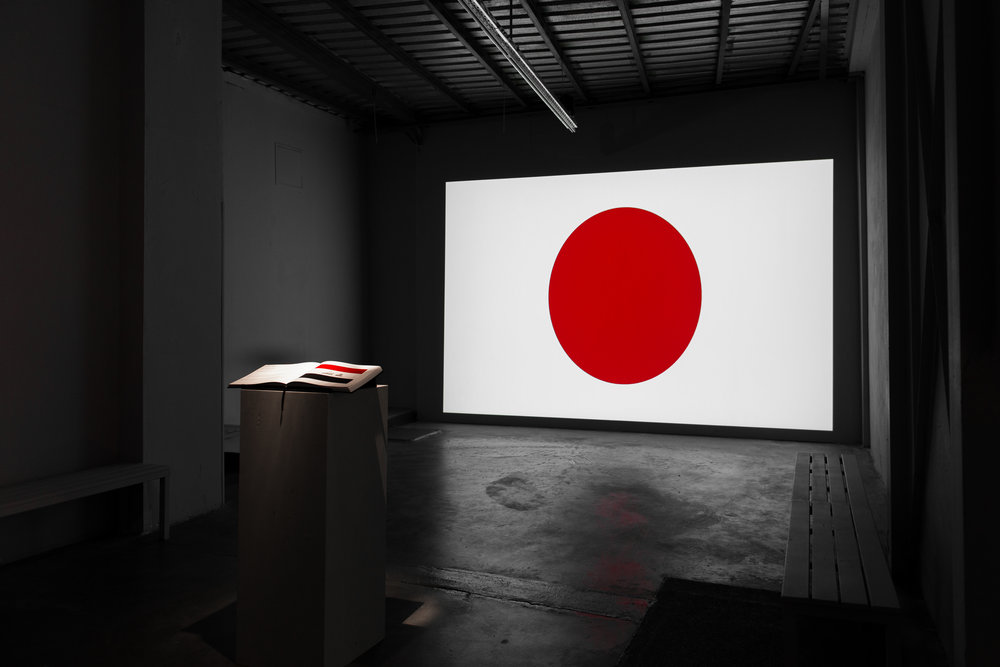 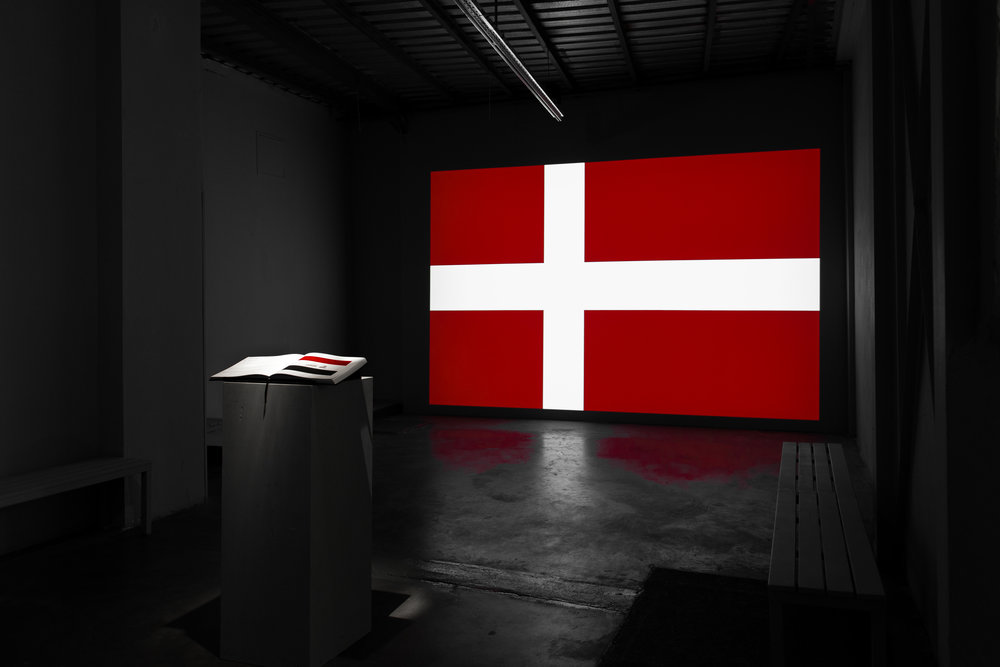 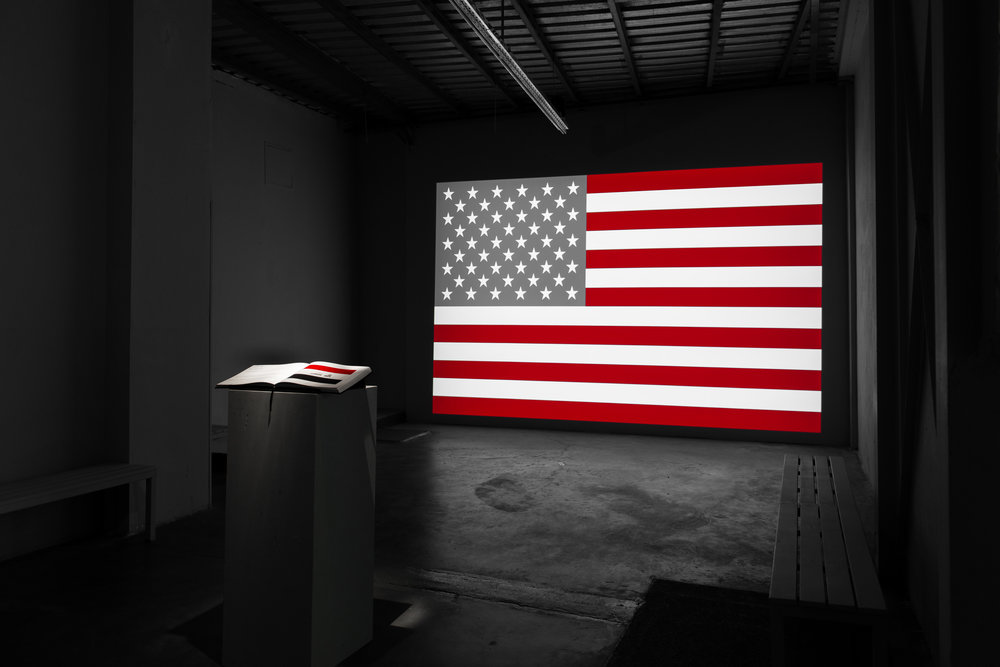 The power of the centralized economic and political systems of control as well as the media channels functioning as a new kind of mass weapon, are evident in the rapid rise of the radical nationalist and right-wing tendencies all around the world. The baseless fears produced by the globally run simulation condition the individual to commit violent and segregationist actions in order to defend himself against an absent enemy, thus to act in line with the states’ interests without realizing it.

In ÜberAlles.ff0000, Özcan Saraç examines the visual codes for the concepts of motherland, nation and identity, the primary elements used in the creation of such perceptions. The work’s title is composed of the expression ‘Über Alles’ taken from the German national anthem and meaning ‘Above Everything’, and ‘ffoooo’, the Hax color code for blood red. The artist extracts all the colors from countries’ flags except for the red referring to themes like blood, honor and power. He designs an experiment to investigate how the presentation of these new images in the form of a fast-flow, overdose video, now only containing shades of black – gray in addition to the color red, affects the viewer’s memory and conscioussness. On the other hand, the anthology that came into being during the research phase contains each country’s basic political, geographic and socioeconomic data, followed by each national anthem with its most frequently mentioned concepts highlighted in red. The resulting lexical pool that can also be interpreted as the national anthem of today’s world, brings up the question of how the view of ‘the people for the state’  replaced that of ‘the state for the people’ as the new norm. In the work created specifically for the exhibition “Crossing Destinies”, Saraç acts almost like a lab specialist deconstructing the ruling powers’ narratives for legitimization rich in visual-auditory symbols, taking their powers away.

Özcan Saraç concentrated on artistic practice in the final years of his Economy education at the University of Essex. After a multidisciplinary program at the Parsons Paris School of Art in 2012-2016, he received a new media-oriented education at the Zurich School of Arts. He creates conceptual fields of research using scientific and technological structures, with the purpose of questioning the human being’s relation to the universal system, logic and political mechanisms. His work has been exhibited in London, Paris, New York, Istanbul, Zurich, Geneva, Basel and Milan.