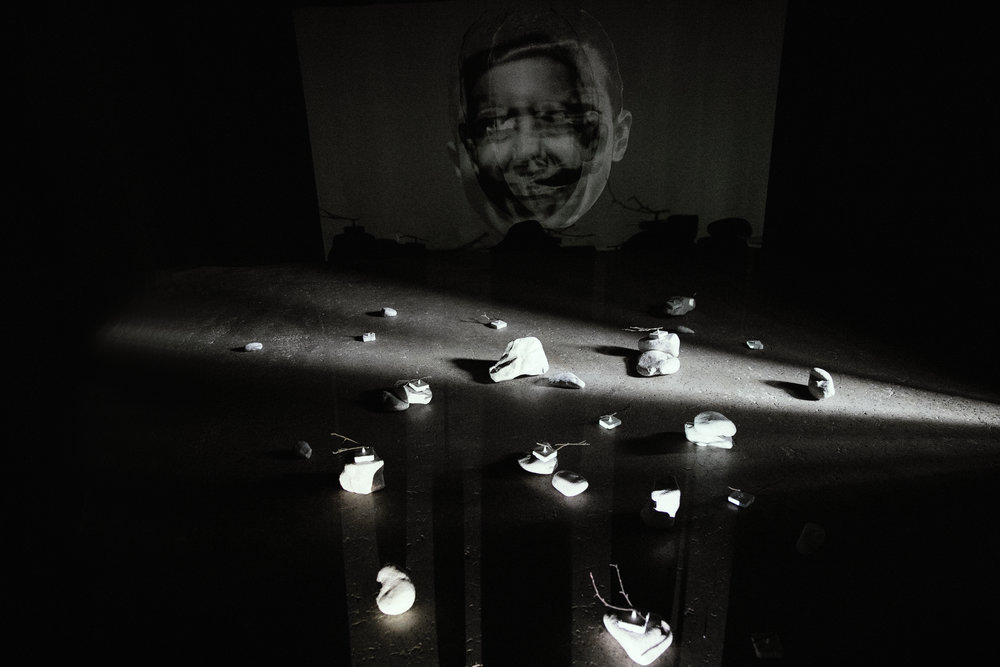 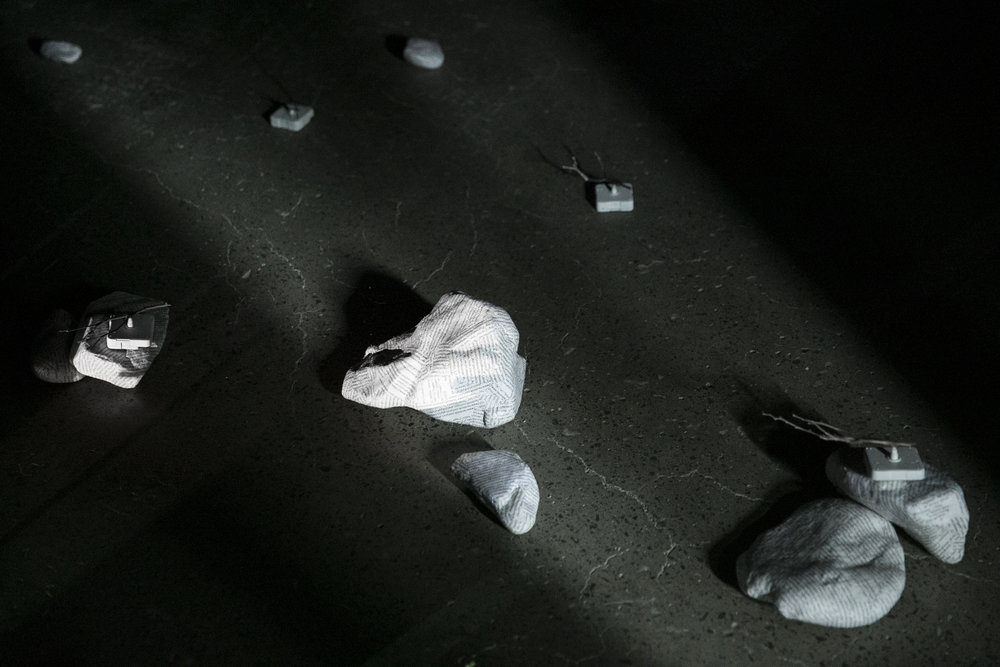 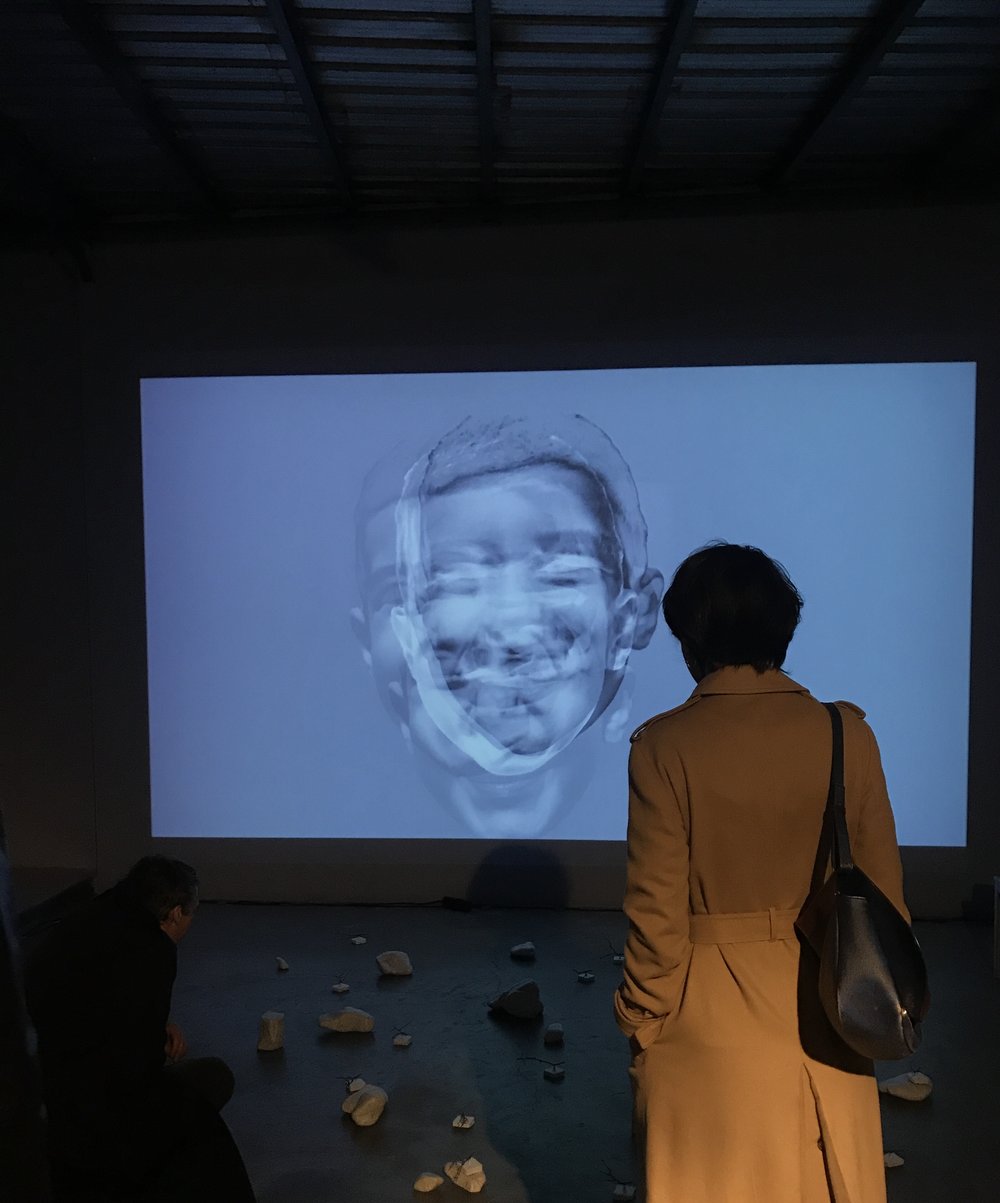 STILL TRYING TO UNDERSTAND THE GAME

The inner world of children has always been considered to be colorful. Likewise, we are also subject to hearing the term “the kid inside” often. But what if the kid inside is anxiously trying to understand what is happening in the world? In other words, maybe it is a game to make sense of current anxieties. We are living in an era in which contemporary existentialist anxieties such as global warming, economic crisis and natural disasters are taking over our lives. I believe what lies behind is the culturally constructed dualist distinction between nature and culture. This video installation, in an analogical link to an unidentiﬁed child`s play, creates a dark atmosphere and represents a child`s portrait in an effort to understand the culture-nature dichotomy symbolized by the rocks covered by their HTML codes and clock mechanisms whose time units are replaced by branches.

The viewer is intended to be a part of the installation via their shadow appearing on the screen when they approach to look closer at the objects, and this notion refers to Plato`s Cave Allegory.

Ozan Atalan, after his graduation from Anadolu University Faculty of Law in 2007, studied Sculpture at Dokuz Eylul University`s Faculty of Fine Arts. Following his graduation in 2013, he attended Syracuse University School of Art as a Fulbright scholar. During his MFA studies, he extended his art practice through an interdisciplinary ﬁeld and participated in a variety of national and international shows. He also worked as an adjunct teacher at Syracuse University. After getting his MFA degree in 2016, he moved to Istanbul. Since then, he has been continuing his art practice in Istanbul, Izmir and international residencies. Currently, he is working as an adjunct teacher at Izmir University of Economics, Visual Communication Department.