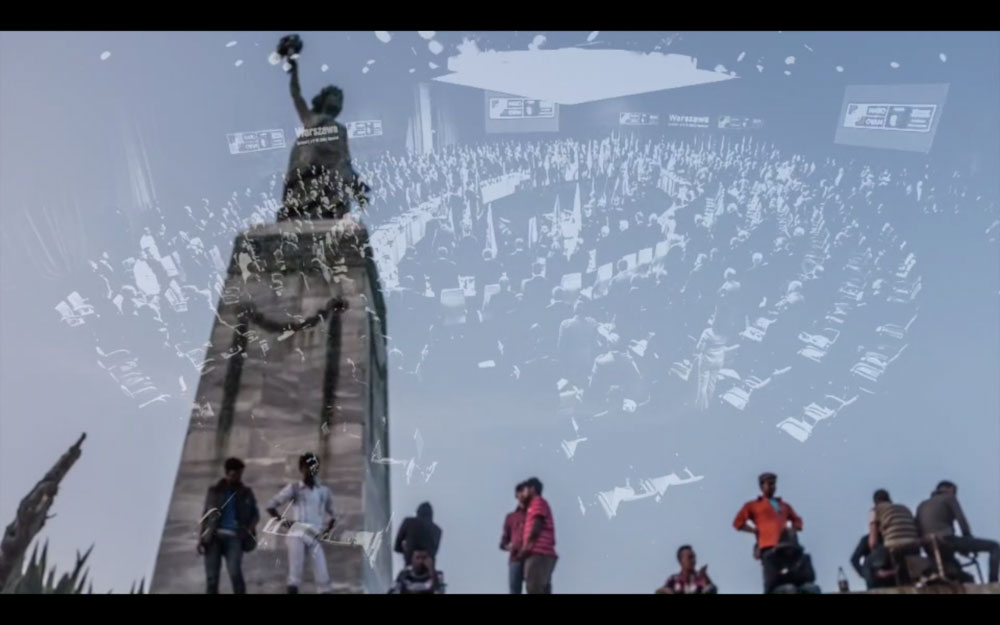 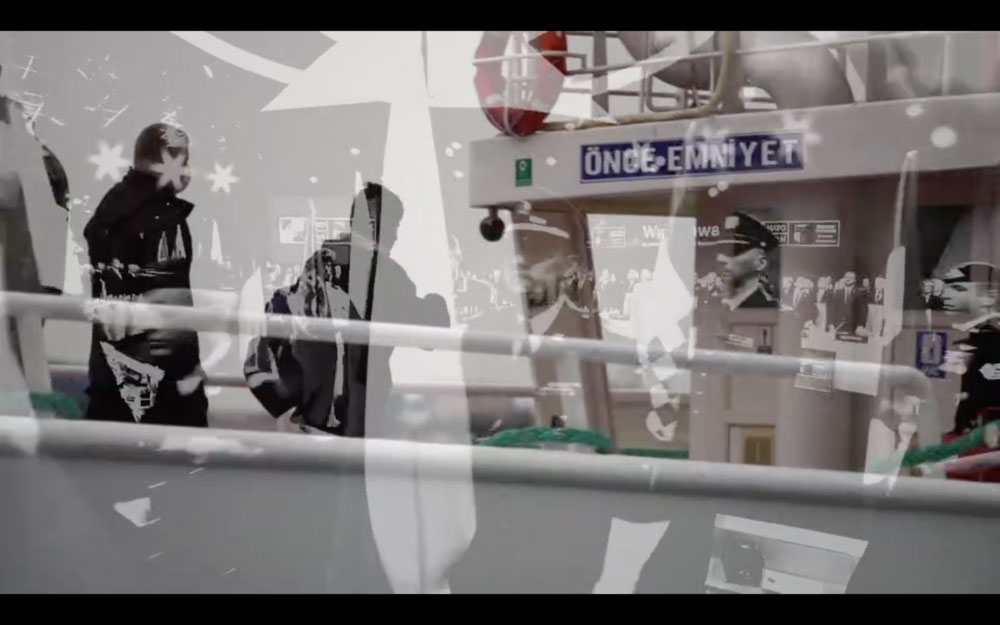 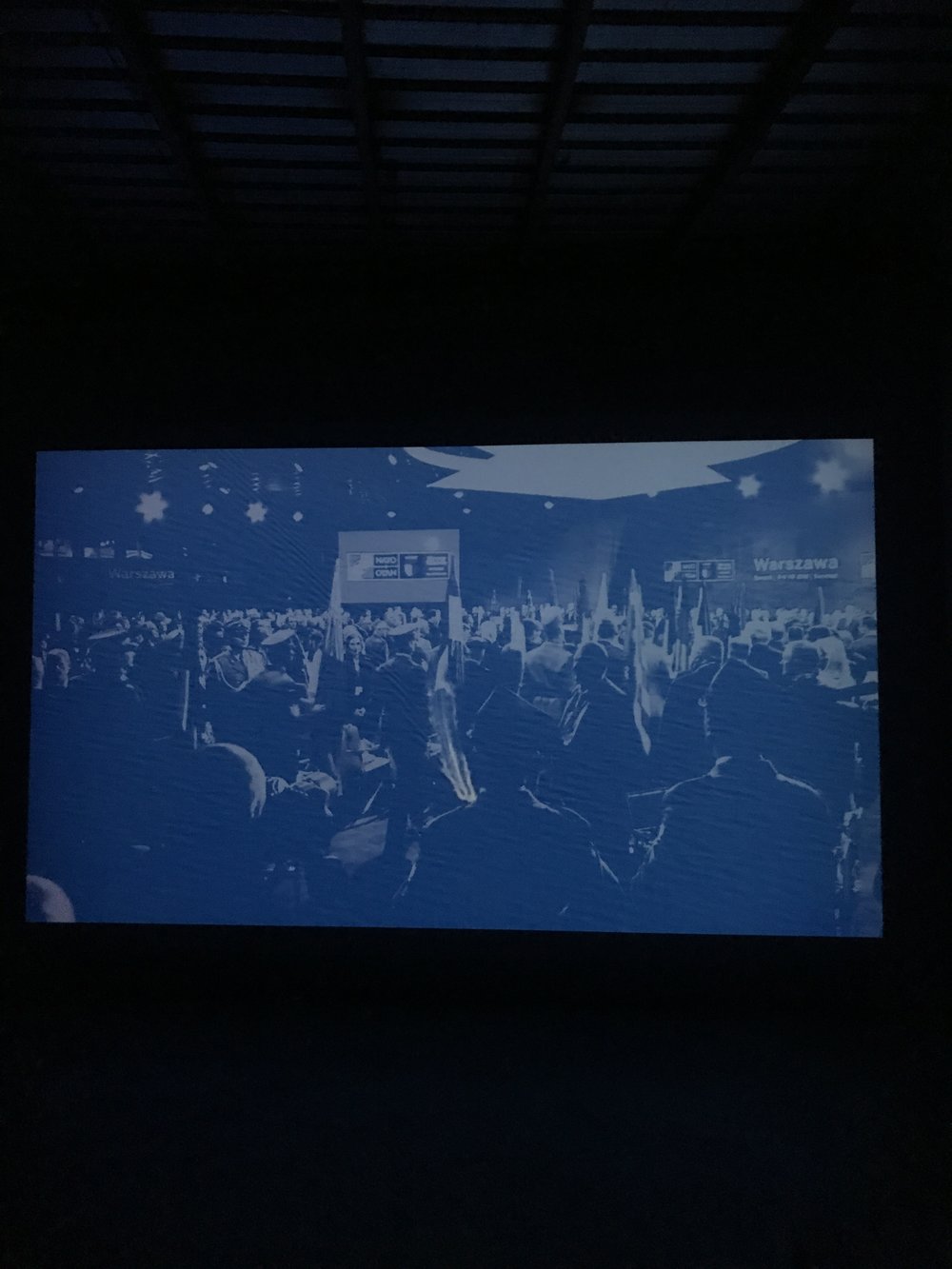 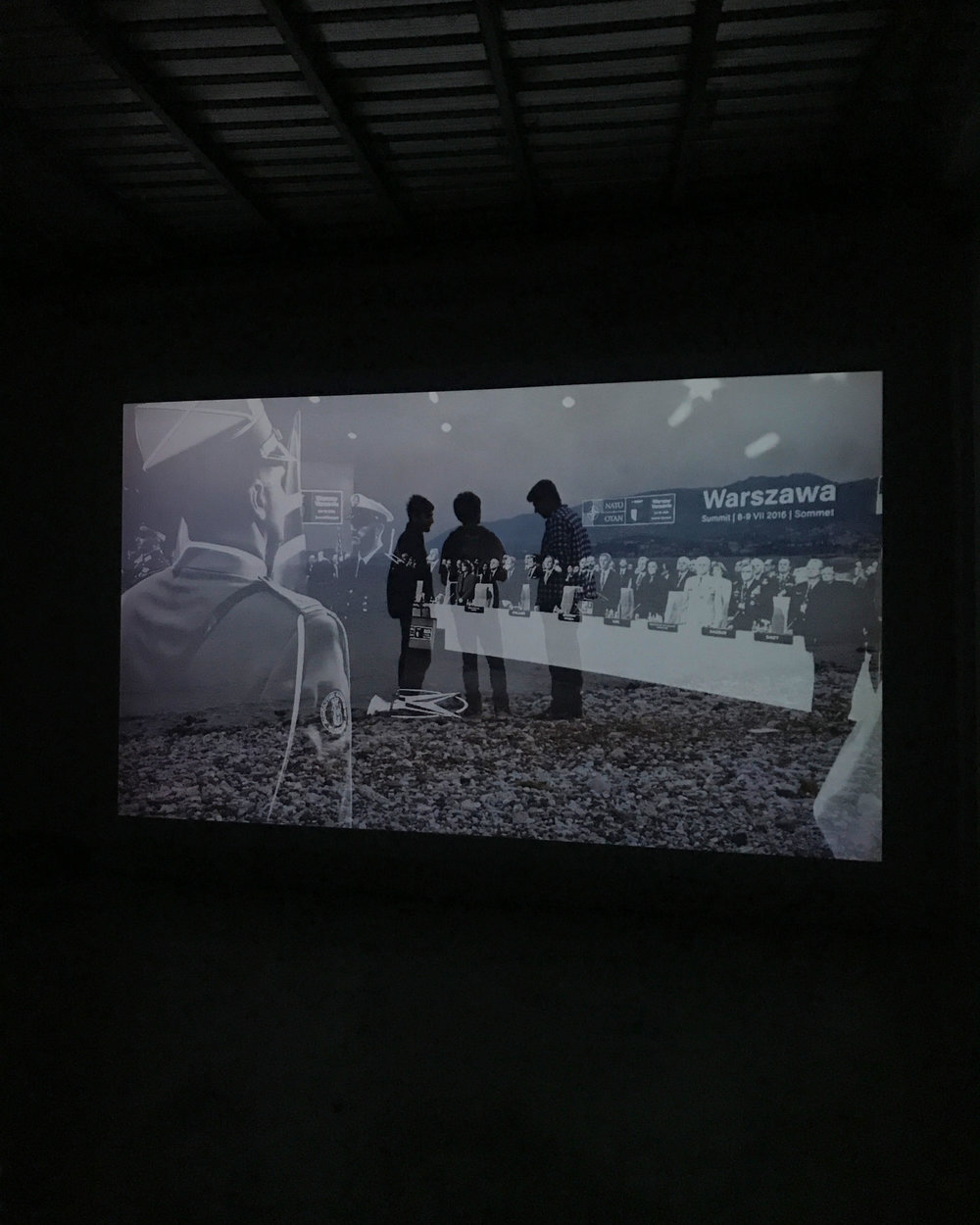 NATO assembly … Thanks speech, first to the soldiers, then to the borders, then thanks to those who created the borders.  Thanks to the sacrifices made… On land, from Afghanistan to Kosovo; at the sea from the North Atlantic to the Mediterranean Sea… In the air, from the Baltic to Turkey…

While all these talks were being made, NATO ships were cruising in the waters where thousands of people had lost their lives. While all these speeches were being made, others were imposing their own democracy, their own understanding of freedom over peoples from lands ranging from Afghanistan to Pakistan, from Iraq to Libya, and they were recklessly attacking on those peoples’ lands.

In this video you are watching a two-layered image. One is showing the creator of all this reckless and unbelievable persecution, and the other is showing the peoples who have had to leave their homeland because of the persecution.

We just have to break this two-layered state. We hear the sound of a Pakistani father’s conversation with his daughter at a distance of 4,000 km, in the silence of the stance of the murderers. This sound, at the same time, is the silence of all of us and the thousands of people,  whose countries were burned, destroyed and plundered; and of those, who just set out with the hopes of a decent life, but had drowned in the murky waters of the Mediterranean and the Aegean seas.

Olgu Ülkenciler, received her Bachelor’s and Master’s degree in Painting from the Faculty of Fine Arts, Yeditepe University. In her early work, the artist confronted questions of adulthood, femininity, sexuality, urban life and individuality. After 2007, panoramas of modern everyday life – filtered through social critique – began to permeate her work. After choosing an intellectual basis for her serial work, the artist determines an aesthetic tone to support the chosen basis. Her paintings – which she enriches with geometric elements, motifs and graphical components such as typography – are developed with colouring and certain technical adaptations in line with the critical thinking they serve. In recent years, the artist has been addressing questions on “reconstruction” and “humanity”, dealing with the end of “dehumanizing” postmodernist narratives via the concepts of “reconstruction” and “new humanity”. Apart from her five solo exhibitions entitled “Decisive Moments in History” (2018), “Zevkli Rezalet” (2013), “Das Fenomen” (2011), “Ev Kızı” (2009), “Made in Ülkenciler (2006) her works have appeared in many national and international group exhibitions. The artist lives and works in Istanbul.