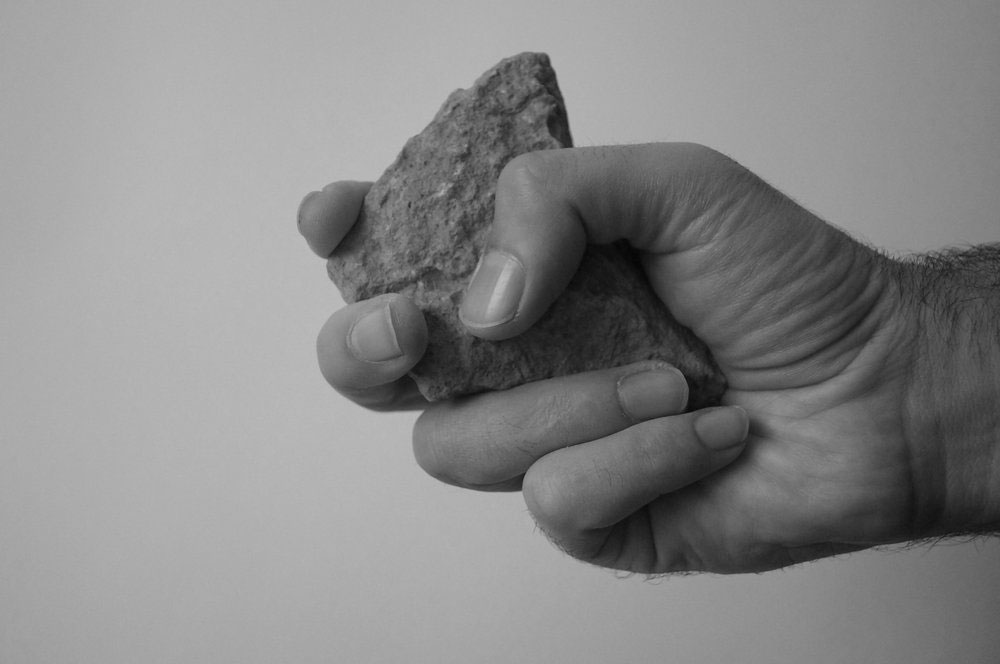 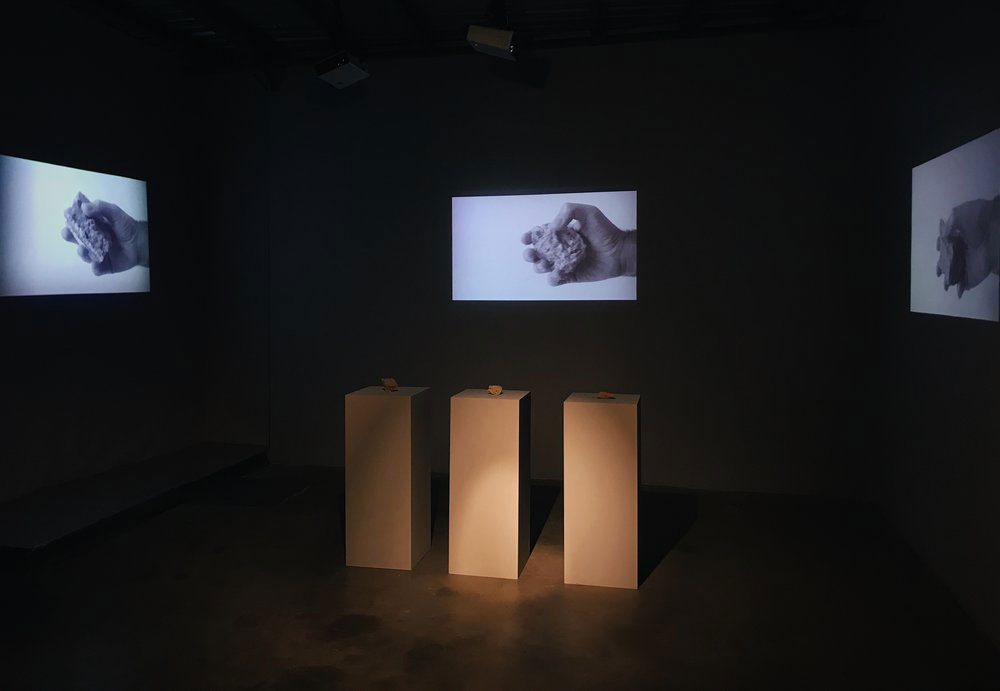 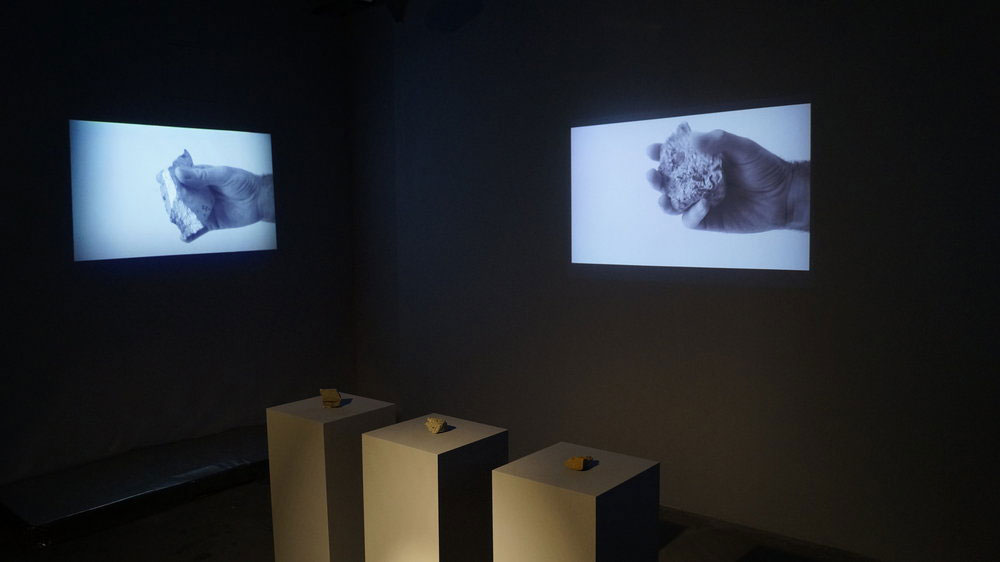 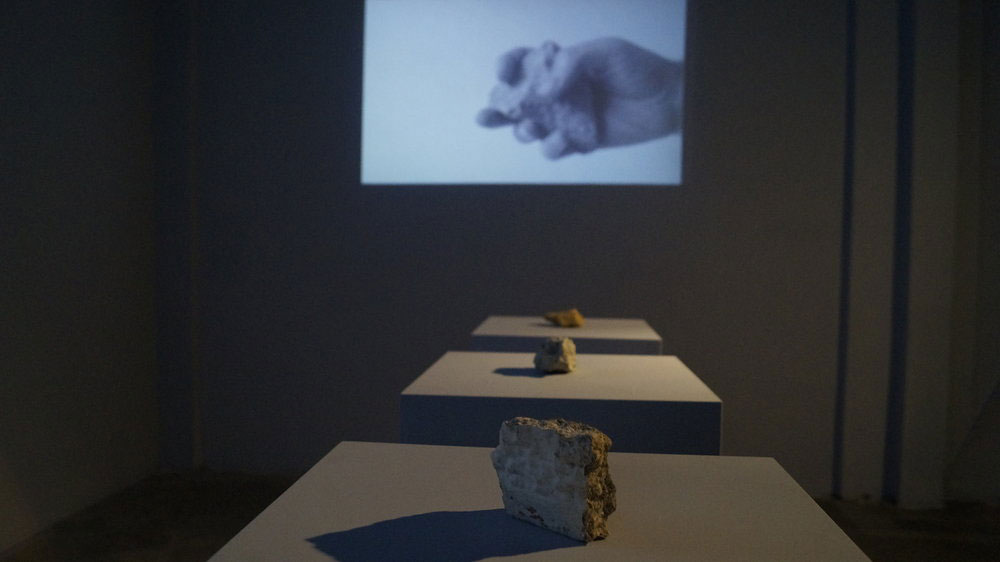 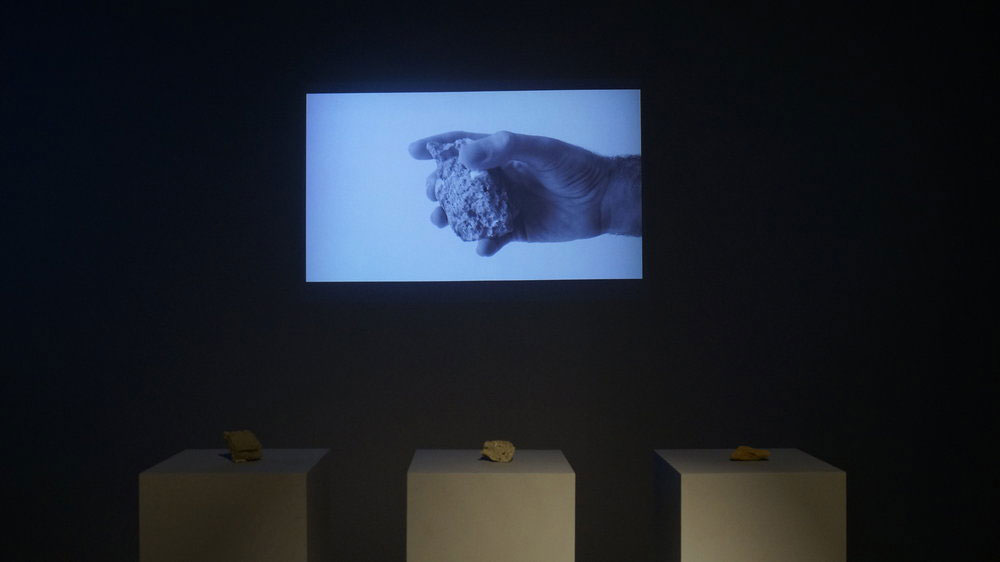 “Stones” is a work I began in 2014 at the Royal Academy of Den Haag and it still continues. When I went to Den Haag, I came across “sterile” streets in general compared to the streets of Istanbul. In this sterile and regular city, you may find interesting things that are rare and “irregular”.

I picked up three stones that I came across while I was walking around the city and started thinking about them; this was the beginning of my work “Stones”. I thought about how to better grasp the stones in my hand; to give an example, when we pick up a stone from the ground to throw, we unconsciously look for a point, in milliseconds, that will enable us to grasp it better. Departing from this point, the keyword “to grasp” and “how do I hold it better” shaped this work. In the videos of “Stones”, I keep rotating the stones so that I can grasp the stones better. The stones in the video are also displayed on a pedestal; of course, each stone brings the meaning of the place that it is picked up from. For example, we interpret the codes of stones taken from Okmeydanı or Champs-élyseés Street differently.

Özkan received a bachelor’s degree in Visual Arts from Marmara University and a master’s degree in Art and Design from Yildiz Technical University, Istanbul. The artist, who continued his studies in the Royal Academy of Art, The Hague for a period, currently lives and works in Istanbul. In his works, Özkan reverses icons and codes related to power and uses various disciplines ranging from sculpture to video, installation to performance, associating them with gender, memory and pedagogy. The artist has taken part in group exhibitions including Still Life with a Curtain / Galerist (2018); ‘Temporality – Difference’ and Beyond, Marmara University (2017); The World I Pulled Into, Cermodern (2016); Sessions I, Mixer (2016); Possible, Kargart (2014); Skinny Dipping in the Void, Noordwall, Den Haag (2014). He also received awards from Istanbul Rotary Art Prize (2018), Contemporary Art Project Competition (2016), and the Siemens Art Prize / Borders and Orbits 17 (2015).

In the summer of 2018, Özkan joined Stacion CCA’s Summer School as School and he is currently participating in the 16th Istanbul Biennial’s work and research program.