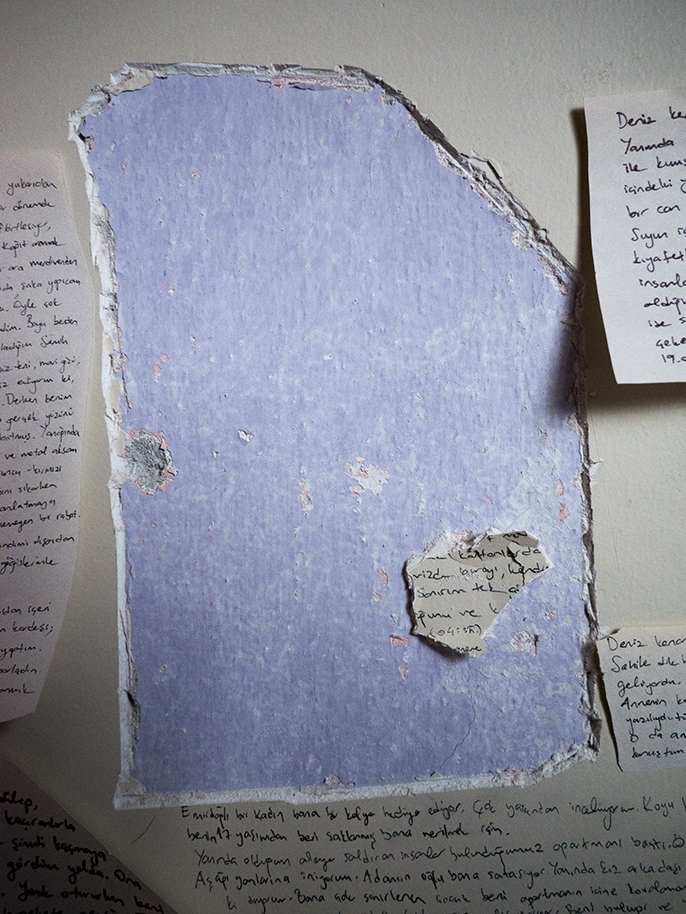 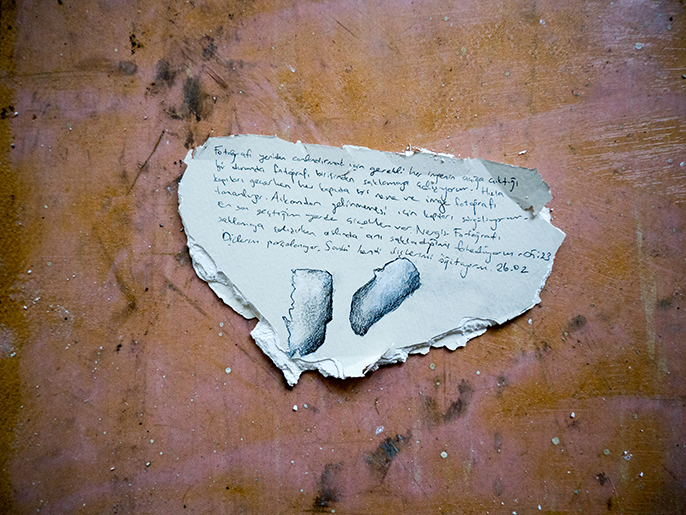 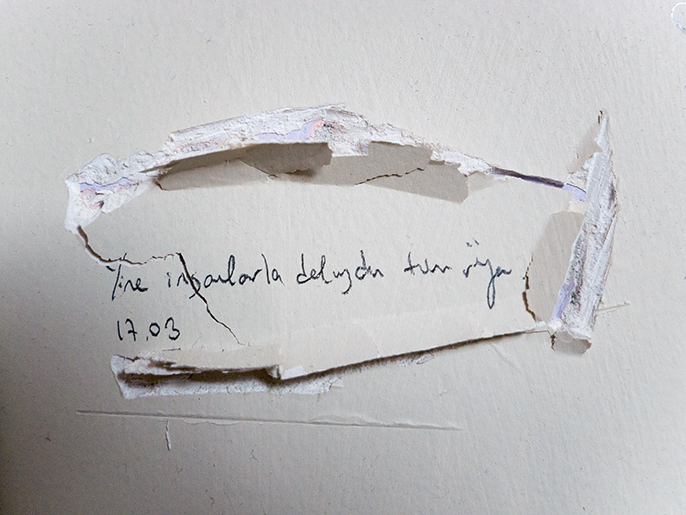 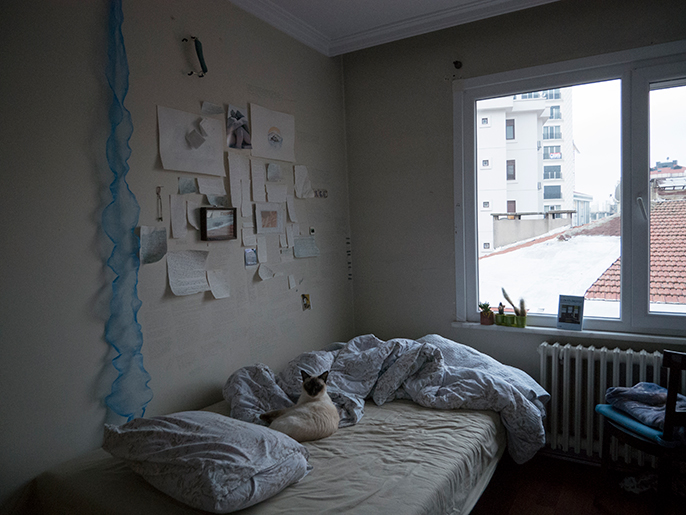 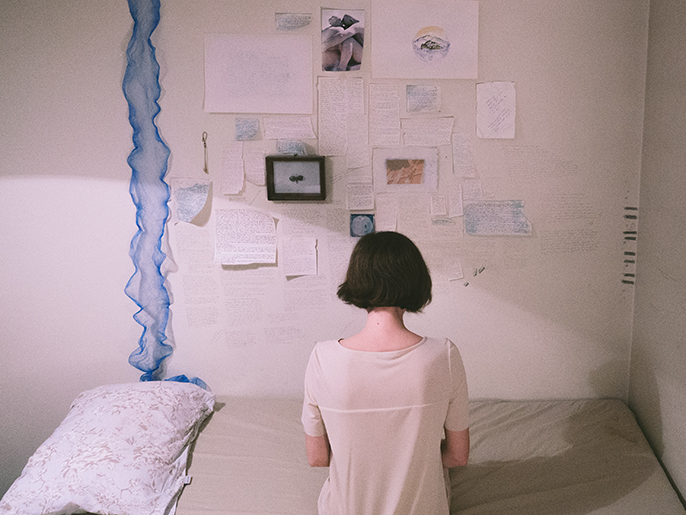 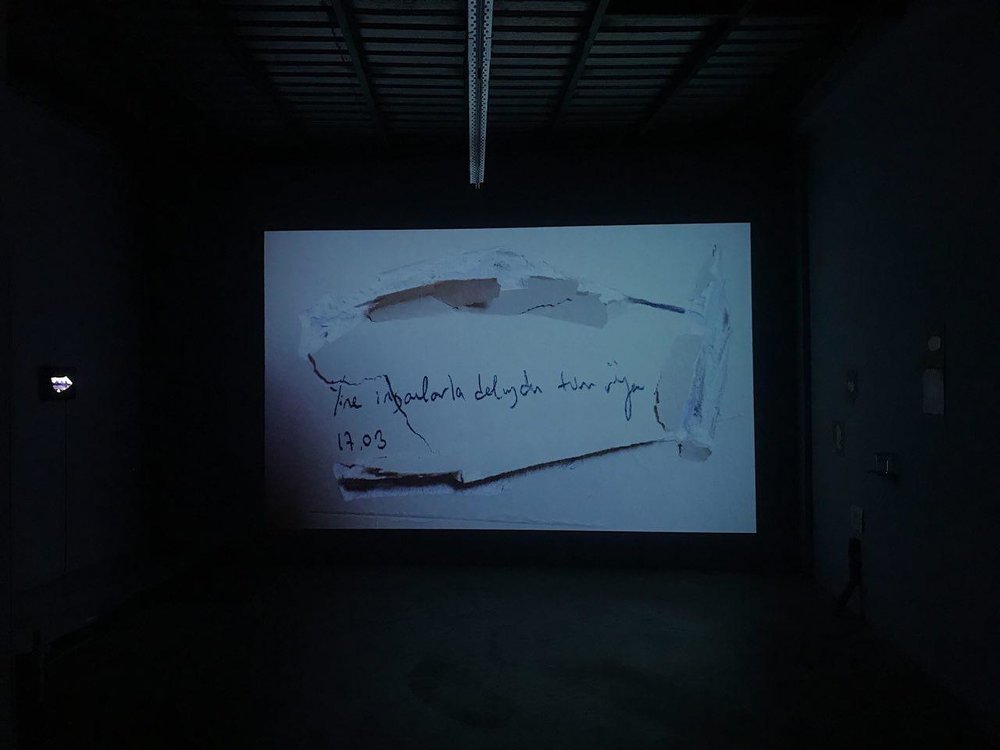 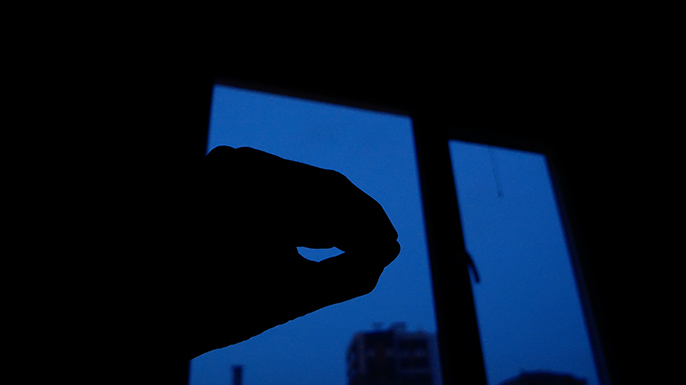 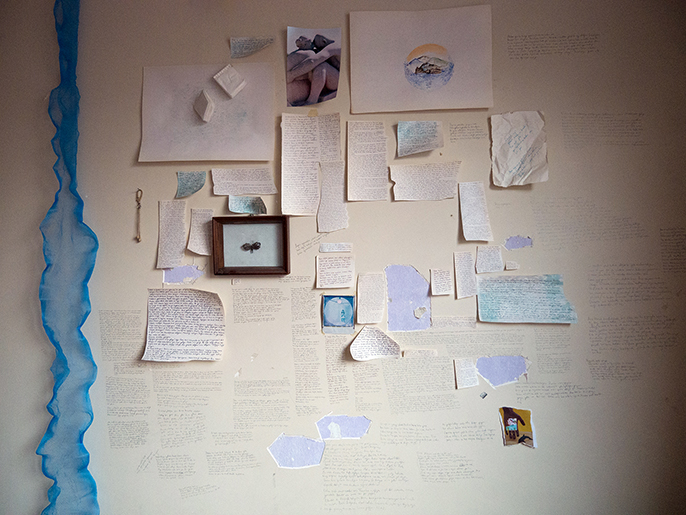 By working with various media such as photography, video, drawing, sculpture and installation,  Neslihan Koyuncu aims at creating a dialogue between these media. Her works emerge as a hidden rhythm in the existing system, and this system, which arises from mutuality, can be observed as an object or image, a memory or a story, a city or a room. In Koyuncu’s works, which aim to open up discussions about visuals that leak into everyday life in a systematic way through art works; it is possible to observe abstract traces of the combination of different materials, the structural formation of the system, the elements providing the sustainability of the system, the mutual interaction and lack of rhythm and harmonics.

Neslihan Koyuncu’s video installation entitled “Dream Log” is a work dedicated to her dream journal that she wrote in every night for the previous three months before having to move from her home in Kadıköy. The artist learns that this house, which has been a place full of memories since her childhood, is being demolished due to urban transformation, and she gradually begins to feel like a stranger to the house. Later, Neslihan Koyuncu begins to examine every corner of the house and she realizes that the walls do not carry any traces of her own and she begins to fill the wall at the edge of her bed with the surreal memories as reminiscence of the days. The artist aims to save the space from being lost in space while bringing the old memories to the present time.

In her own words;

“On my last day at home, as I removed some of the dreams from the wall, I was faced with the wall paint of the first owner of the house. The lavender color shone in the middle of the wall, shining through my timeline from the past. Subsequently, I removed the flooring. With the resulting pink marley flooring, the place called home began to turn into an archaeological excavation over time”.

Born in Eskişehir, in 1986, Neslihan Koyuncu lives in Istanbul. She has received her BA in 2009 and MA in 2015 in Visual Arts at Sabancı University. After working in several creative fields in London and Istanbul, she has been focused on art making since 2012. Her works centralize on the revelation of hidden rhythm within an established system. This system, which is born from a commonality, can be observed as an object or an image, a memory or a story, a city or a room. The artist, who completed her master’s thesis on the biography and taming of domestics objects, has worked on the relationship between objects, home and people. She is currently working at her studio located in Kadıköy creating installations, sculptures, photography and video, as well as working on the Memory Space project of the Hrant Dink Foundation.