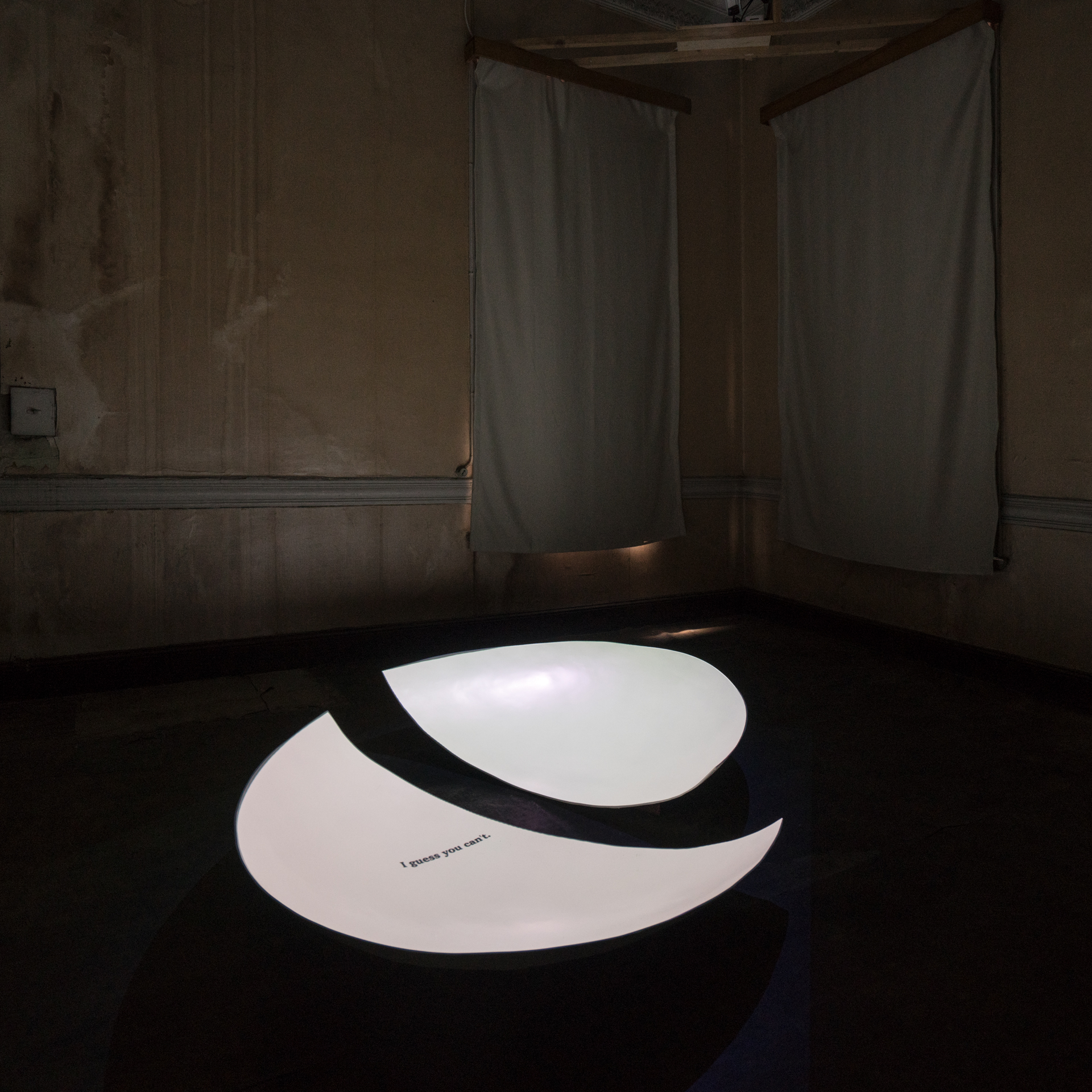 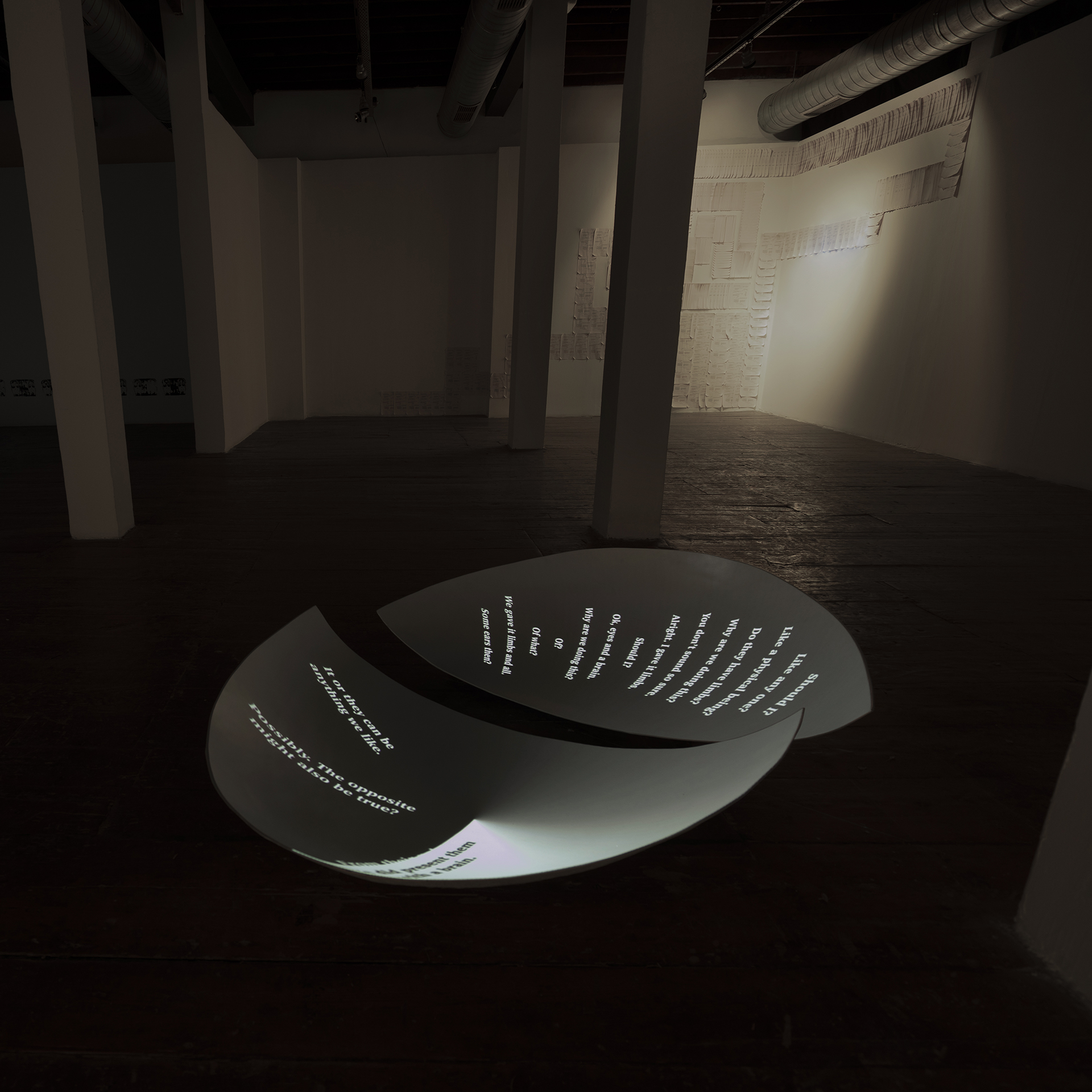 Merve Ertufan’s exhibition entitled “Can an Answer be Surprising?” can be seen at Bilsart between the dates of October 19-28, 2022.

“Can an answer be surprising?” consists of a video projection of texts, shapes and colors on two semi-elliptical surfaces. At times it appears to host two sides of a dialogue; other times stutters, stand-alone letters, and monologues come into sight… subjects of unclear nature (possible bots) participate in a logical discourse with stammers and puns. The video regards dialogue as an encounter, or at least as a possibility of encounter. The work sets on a path that contemplates on the notions of readiness and receptivity. Without a regard to where the conversation should lead, the emphasis is on momentary utterances; on concurrence and discord that flow in the betweens.

Merve Ertufan makes installations, videos and sounds. Her practice engages with what might be called the microphysics of the mind, observing inconsistencies, gaps and dead-ends in language and habit. Minor autobiographical fictions are made in the process, entangled in riddles and impossible stories. Her recent solo exhibition has taken place at Depo (2020); and her works have been featured in museums and institutions such as Bahar, the Istanbul off-site project of Sharjah Biennial 13, Arter, Tanas, Wilhelm-Hack-Museum, CNAC, SPOT Production Fund, Corridor Project Space, and Verkstad. She was awarded a residency at Youkobo Art Space, Tokyo (2010) and a production grant from Bstart Production Fund, Istanbul (2016). She was a fellow at the Home Workspace Program, Ashkal Alwan, Beirut (2016) and received her BA from Sabancı University (2007), and MFA from Konstfack (2010). She was born 1985 in Istanbul and is currently based in Turkey.