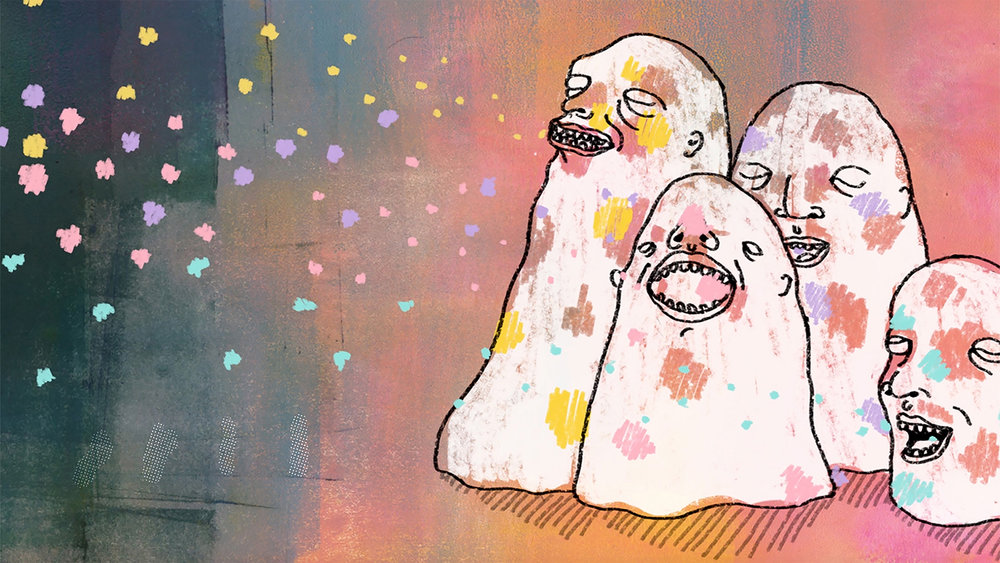 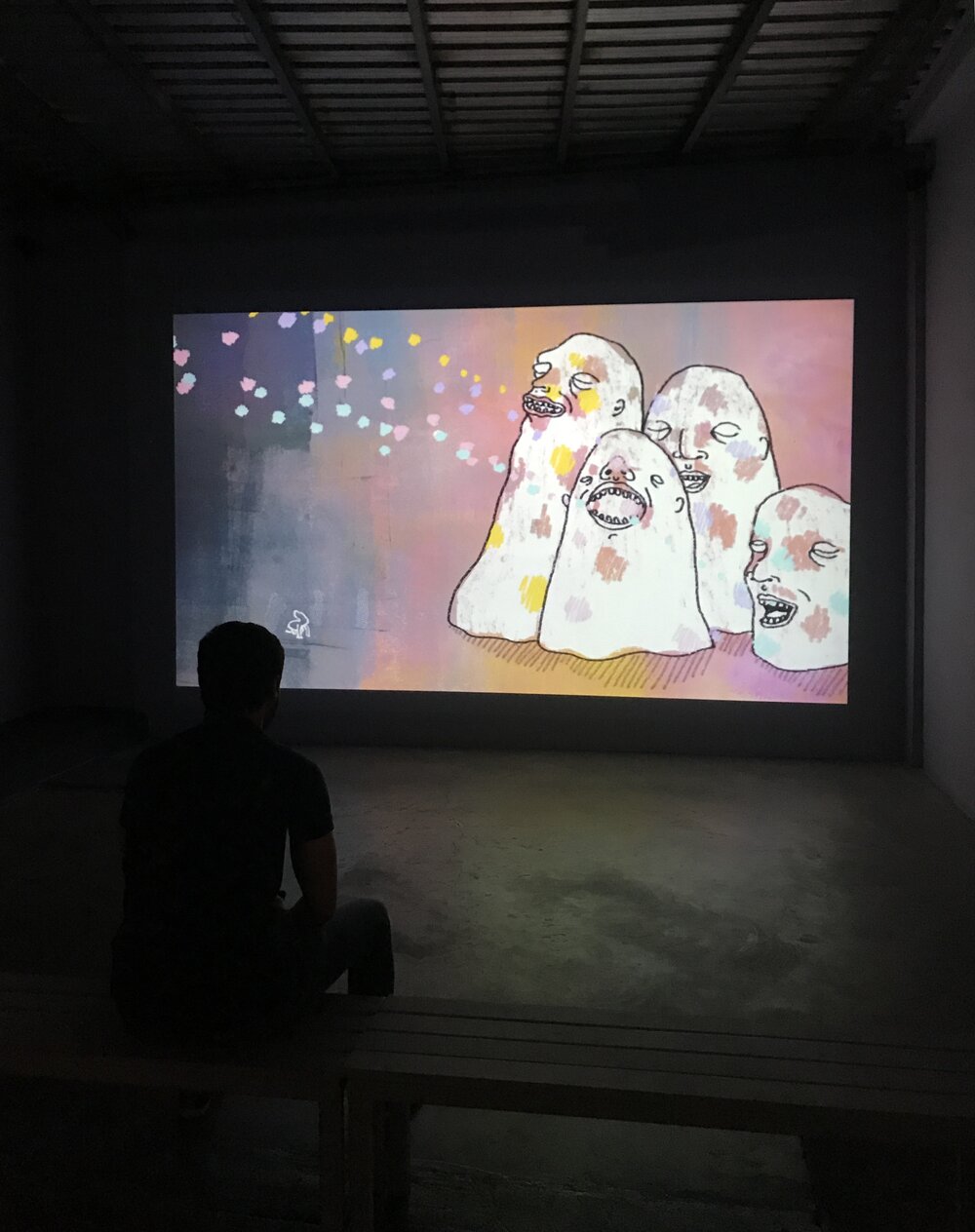 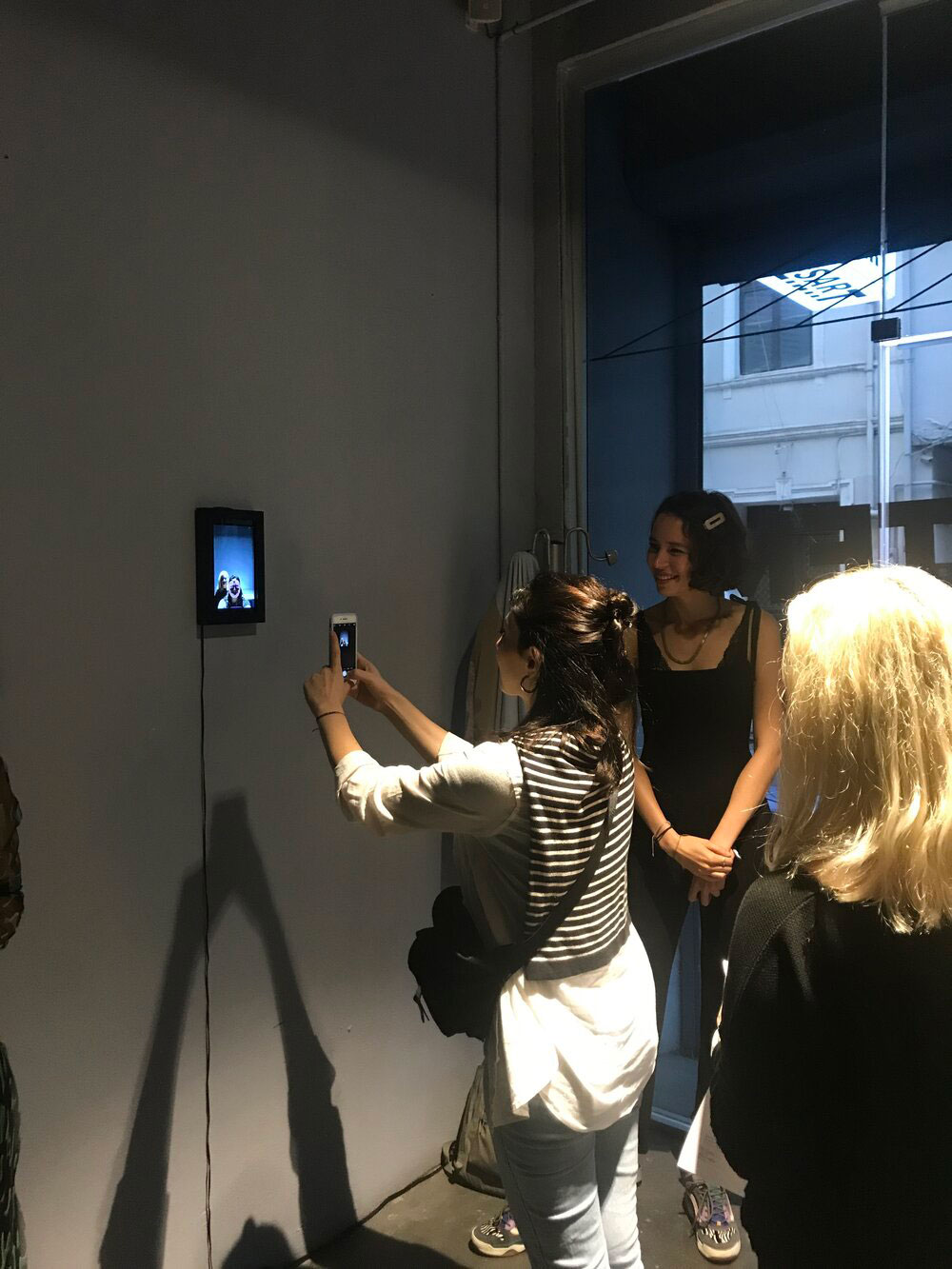 This animation is inspired by Friedrich Wilhelm Nietzsche’s book The Birth of Tragedy, and specifically his ideas on Apollo and Dionysus. Apollo is the God of plastic arts, reason and rationality. Dionysus is the god of the chaos, emotions, instincts and music. Nietzsche establishes his aesthetics theories from the archetypes of Apollo and Dionysus and offers, specifically that art is based on polarities and tensions rather than delight and imitation. His polarities are those of order (Apollo) and passion (Dionysus). The main character in this animation is a sculptress who travels through Apollonian and Dionysian states. In the Apollonian world, everything is made of rigid lines, and there is no color except for the color of the main character, pink. In contrast, in the Dionysian world, she fuses with the nature; she becomes transparent in the world that is made of shapes and colors. In this travel between those states, her art changes along with her character.

Meltem Sahin is an illustrator and designer from Marmaris. She completed her BA on design at Bilkent University. After graduating from the Department of Graphic Design as the top-ranking student, Sahin worked as an illustrator for 1-2 years for magazines such as Sabitfikir, Bantmag and Trendsetter. In 2013, her work was selected for the annual Bologna Children’s Book Fair, one of the world’s largest children’s book fairs. Sahin illustrated books for Can Yayınları [Can Publishing house]. Afterwards, as a Fulbright scholarship recipient, Sahin attended Maryland Institute College of Art (MICA) to obtain a master’s degree in illustration. The full name of the department she studied in is “Illustration Practice”. During her master’s studies, Sahin learned that illustration does not exist only in two dimensions; gifs, kinetic sculptures and toys are also parts of this practice. In 2015, via this new orientation, she received a Research and Development Grant given to graduate students at MICA for her research on robotics and Arduino. Her work, P is for Pussy, a book written by the American author and curator Elissa Blount Moorhead and illustrated by Sahin, was covered by the international press including Huffington Post, Bitch Media, DesignTAXI and BuzzFeed. Her animation work entitled “Flow” won the first prize for 2D animation at MICA Animation Festival and was shown in Estonia, USA, Greece and Turkey. In May 2016, Sahin opened her first solo exhibition “Negative Pleasure” in Baltimore, USA, featuring animation and retro toys. After her return to Turkey, Sahin exhibited “Negative Pleasure” in Istanbul at Mixer gallery. In 2016 and 2017, she curated an augmented reality exhibition “PMS –an exhibition about premenstrual syndrome– consisting of, at first, 19 and then 22 female artists. Her illustration “Food Porn” created for Calling Mag was chosen for the 2017 edition of American Illustration. Since August 2017, she has been working with Erdinç Akkaya and Buğra Çelik on a mobile application called Learnup, where users can consume personalized pill-sized content in a short time; which is also referred to as bite-sized learning in literature. Most recently, on September 6, during the New York Fashion Week, her collection “Incarnations of Inanna”, co-designed with fashion designer Ece Özalp, was presented with a fashion show within Flying Solo.