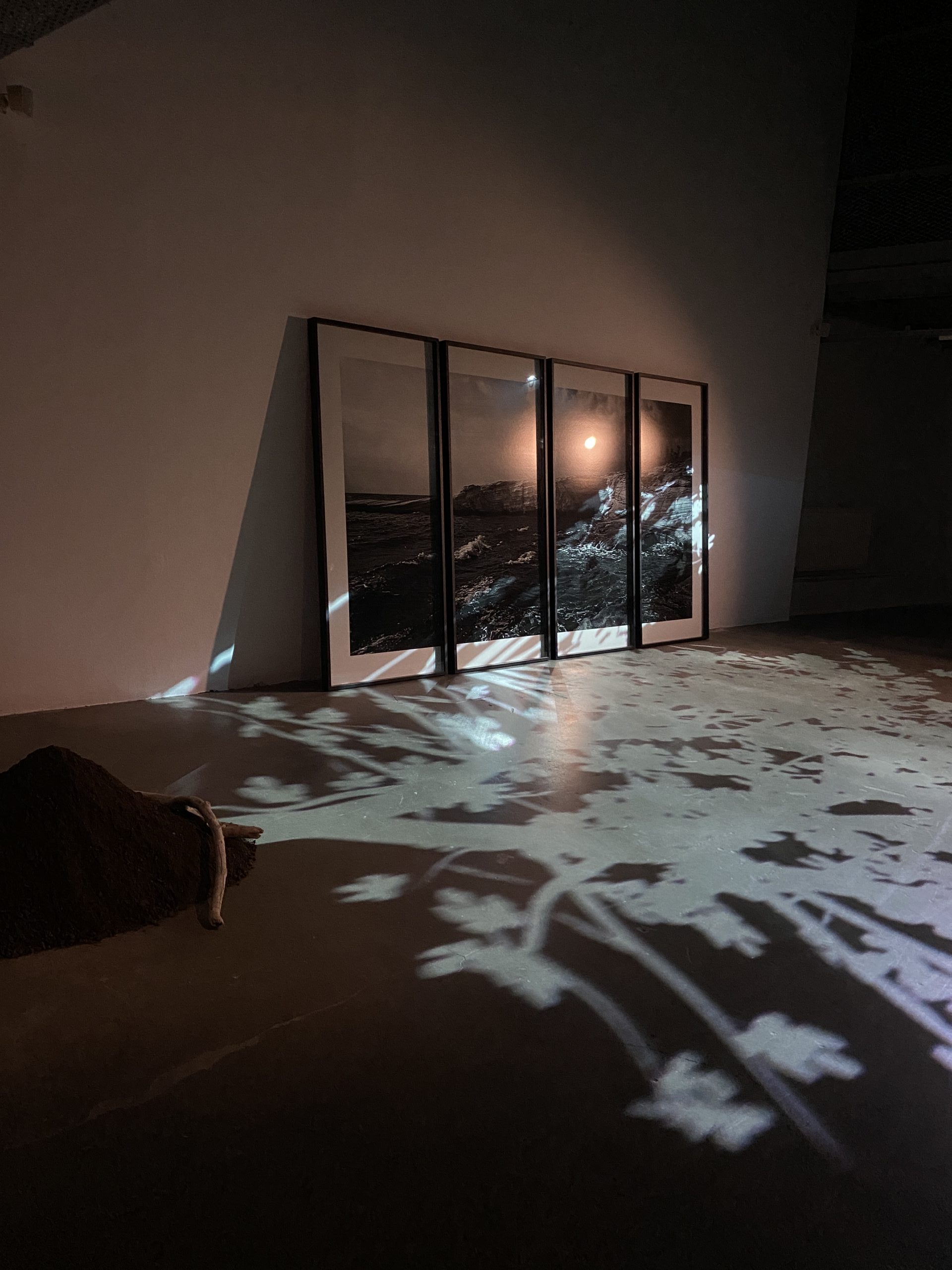 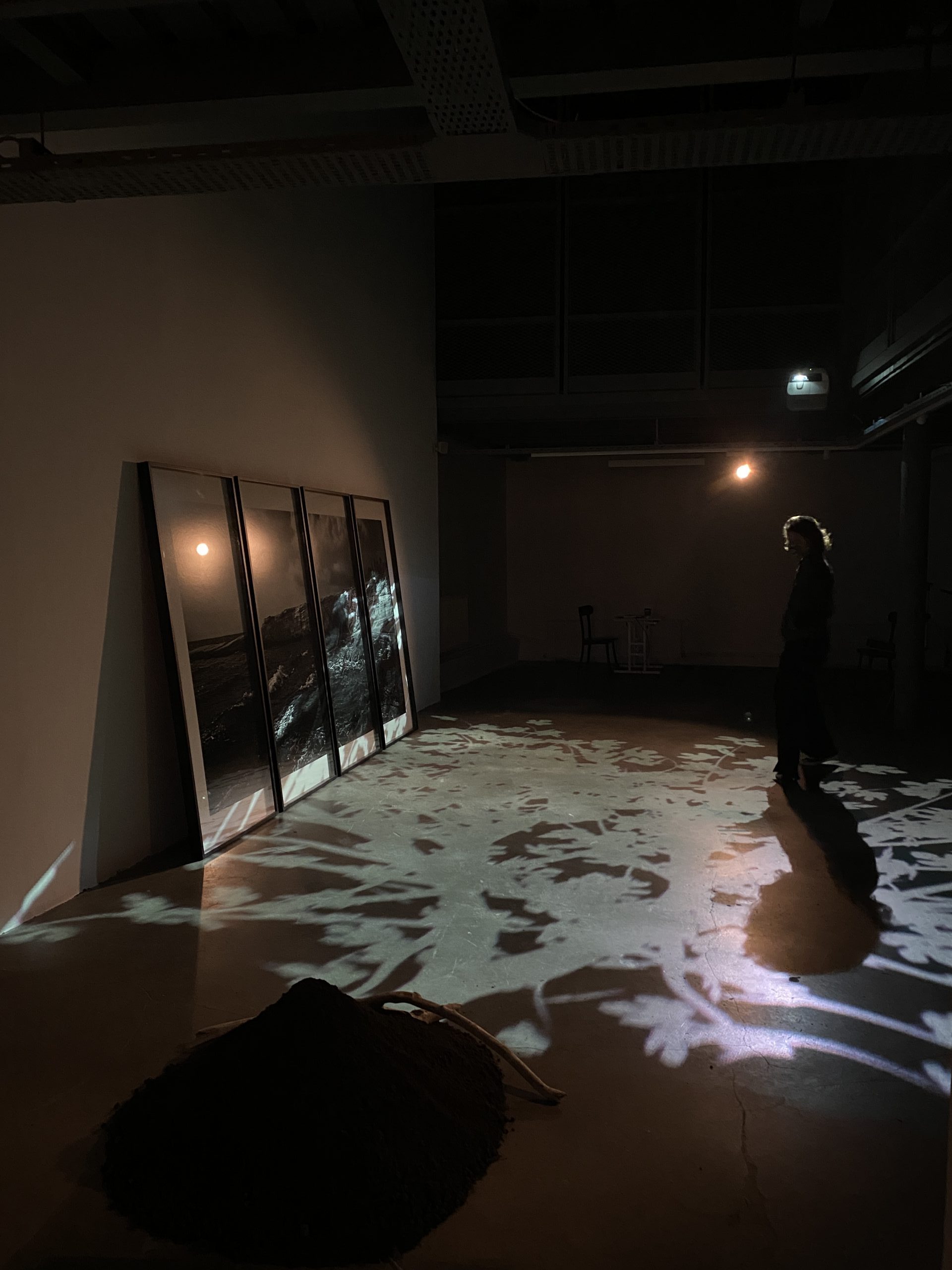 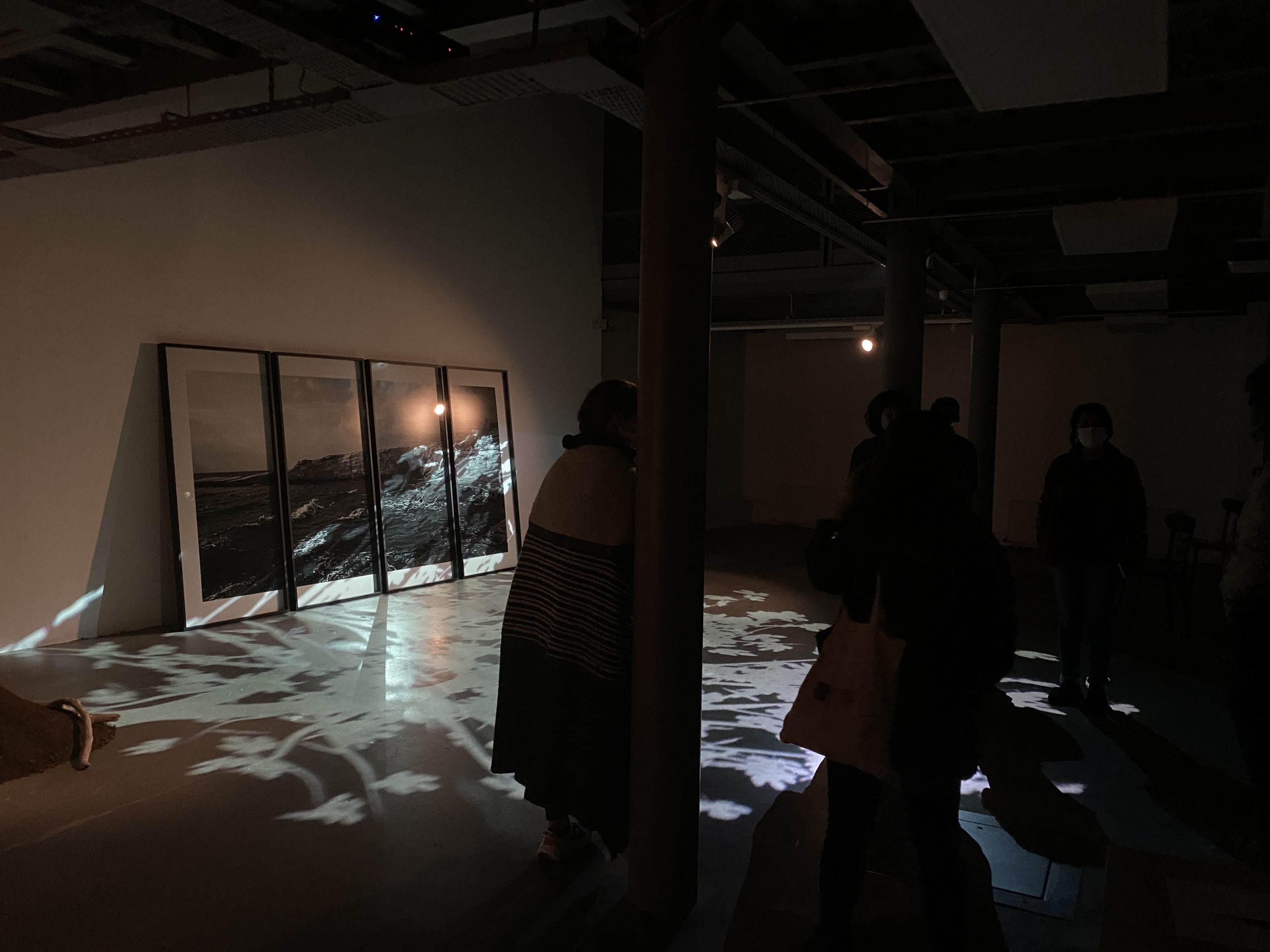 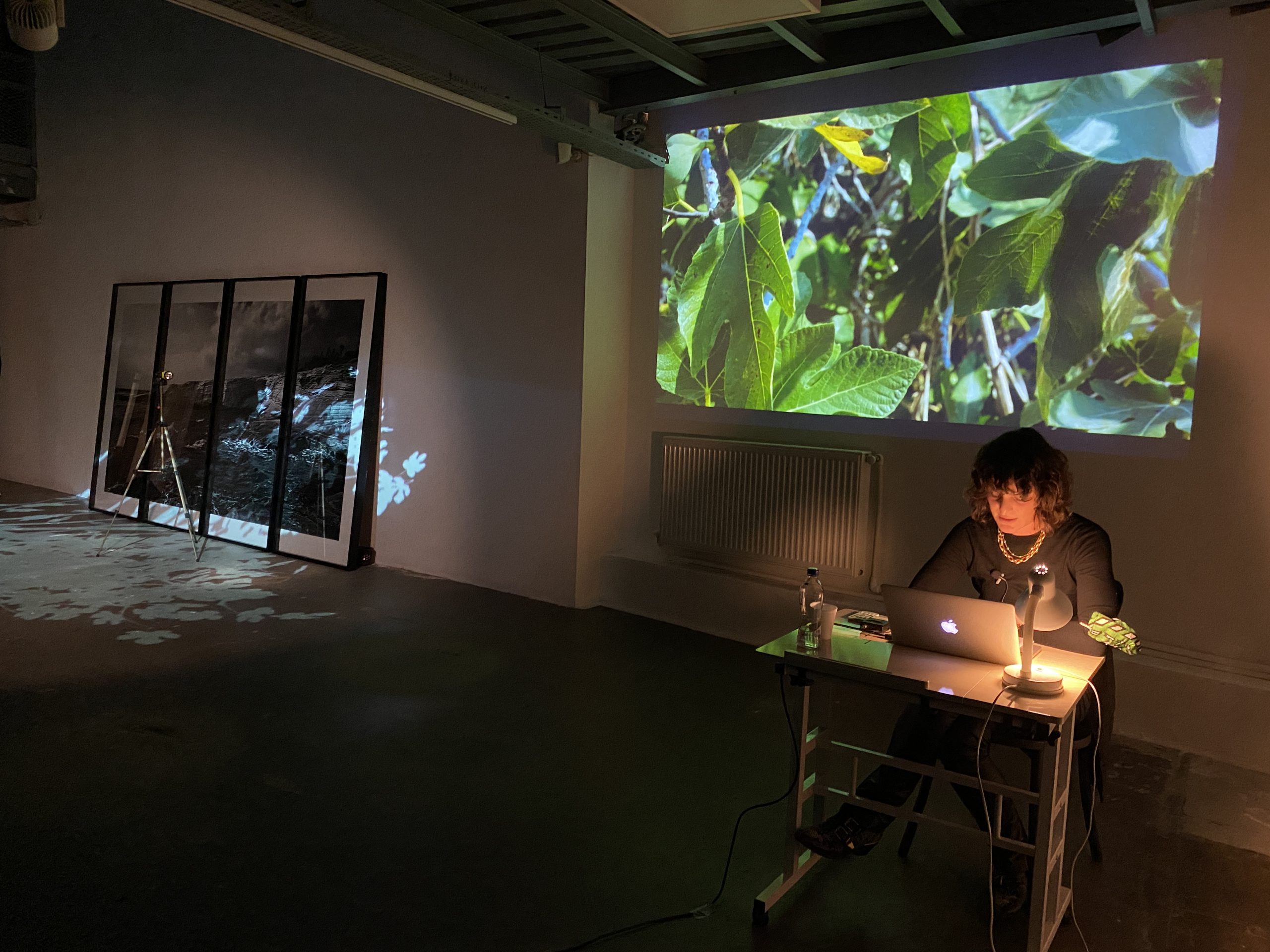 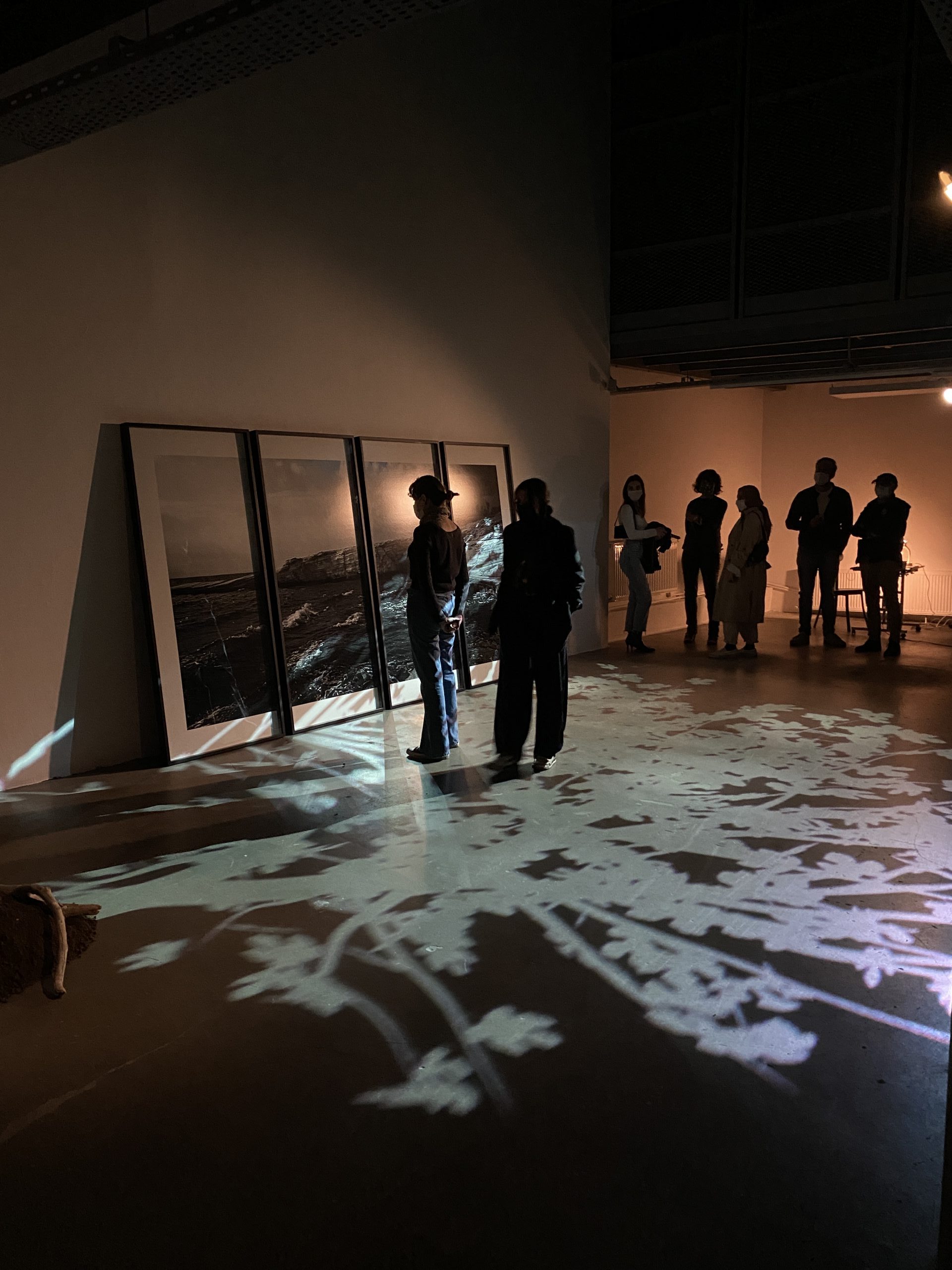 BEGIN TO SEE THROUGH THE DARKNESS

Bilsart is hosting Larissa Araz’s exhibition entitled “Begin to See through the Darkness” between November 03-16, 2020.

Begin to See through the Darkness departs from the story of a fig tree emerging from the belly of Ahmet Cemal, who was killed during the war in 1974 in Cyprus. The location of a fig tree in a cave reached only from the sea is investigated in a region close to Limassol, a place not suitable for the cultivation of the fig tree, and eventually the research evolves into a search expedition reaching the lost corpses of three Turkish Cypriots. The fig, which is the last meal of Ahmet Cemal before he was killed, grows with the sunlight leaking through a hole at the top of the cave, which had been detonated with dynamite and turns into a tree. The fig tree growing from the belly of Ahmet Cemal, which serves as both a war archive and a cemetery, blurs the relationship between soil and identity.

Traveling to Cyprus to find this tree, the artist looks at the story through myths of light, cave and shadow, adding her own travel experience to this research. In the installation, while the light falling on a soil altar examines the sin and the relationship of the human body with the soil, the coffin-sized photographs of the cave tree focus on the relationship of historiography with death. The shadow of the lost fig tree that lies on the floor of the space opens up a confrontation with the past and the future for our subconscious. Thus, it makes people think about the war and the mental and physical destruction that existed after the war.

Interpreting the boundaries that are not accepted by the involved parties, the bodies that are still missing and the transformations of the identities in the light of the lands that cannot be embraced, Araz tries to position the political meaning of the absences as well as the presences in political imagination.

Larissa Araz (İstanbul, 1990) has begun her studies at NYU’s Steinhardt Media, Communication and Culture and completed her undergraduate studies at the Department of Media and Visual Arts at Koç University in 2014. Through a personal viewpoint, Araz focuses on the topics of history, identity, memory and belonging that are included or not included in social memory. She produces works in a variety of media including text, video, image and sound, yet she primarily assumes photography for artistic expression. Araz has taken part in many artist programs and group shows in Turkey and abroad, most recently at Arter Research Program’s edition of 2020-2021. In parallel with Begin To See Through The Darkness, Araz will be presenting Words Don’t Come Easy exhibition at Öktem Aykut Gallery. Begin To See Through The Darkness was produced when Araz was a resident at Saha Studio’s initial edition in 2019-2020. Larissa Araz is also founded Poşe Artist Run Space since 2018.