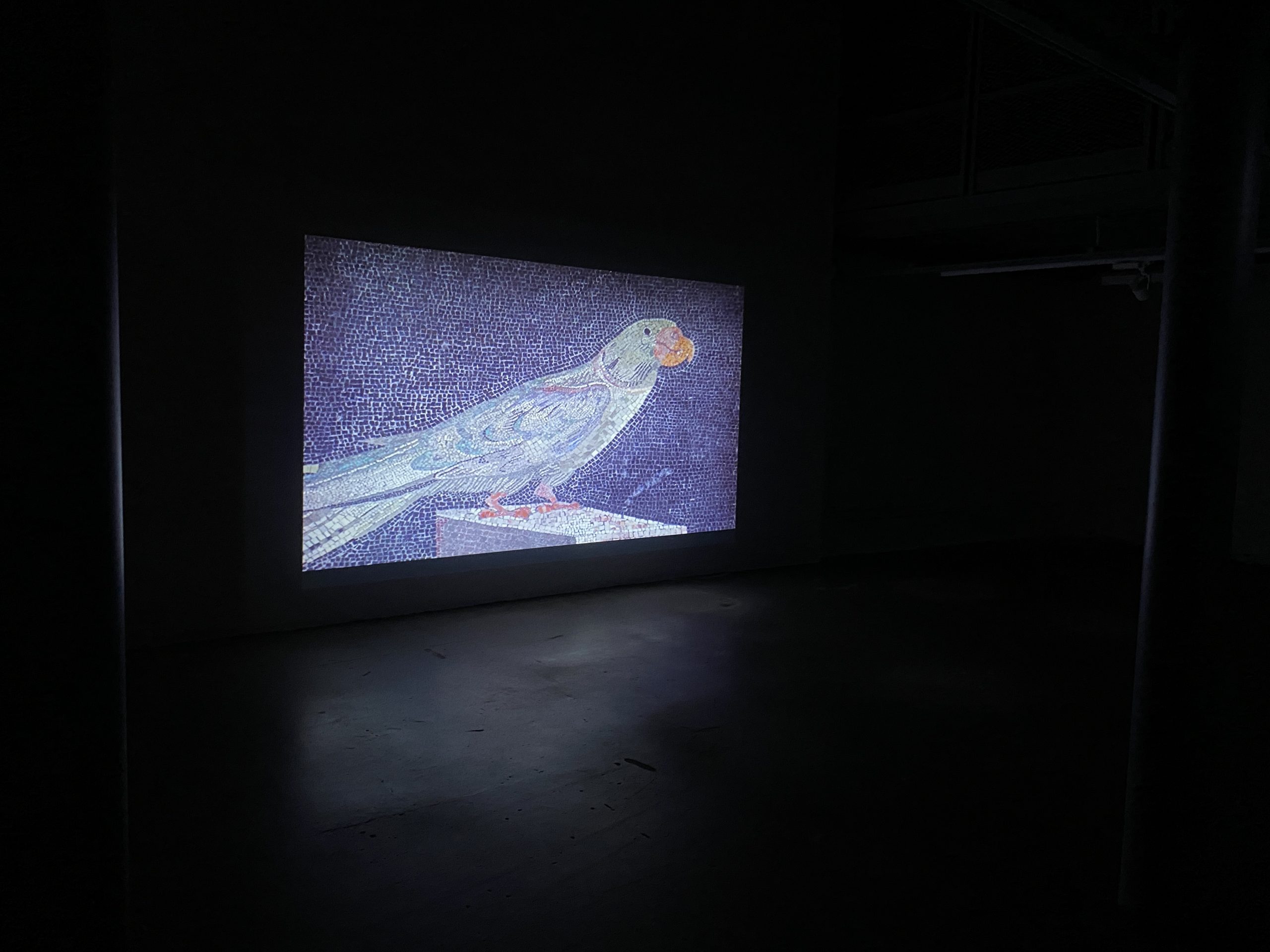 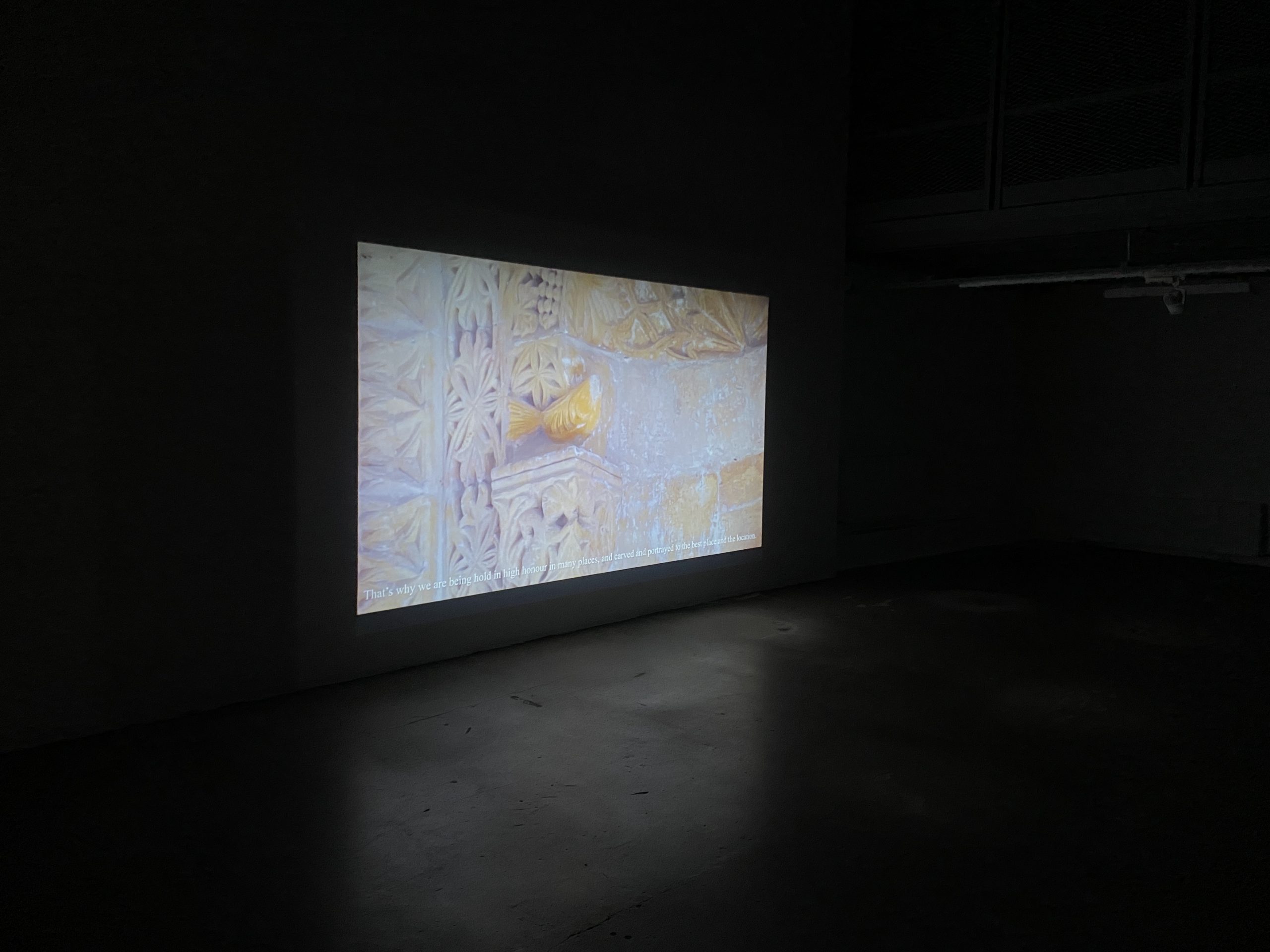 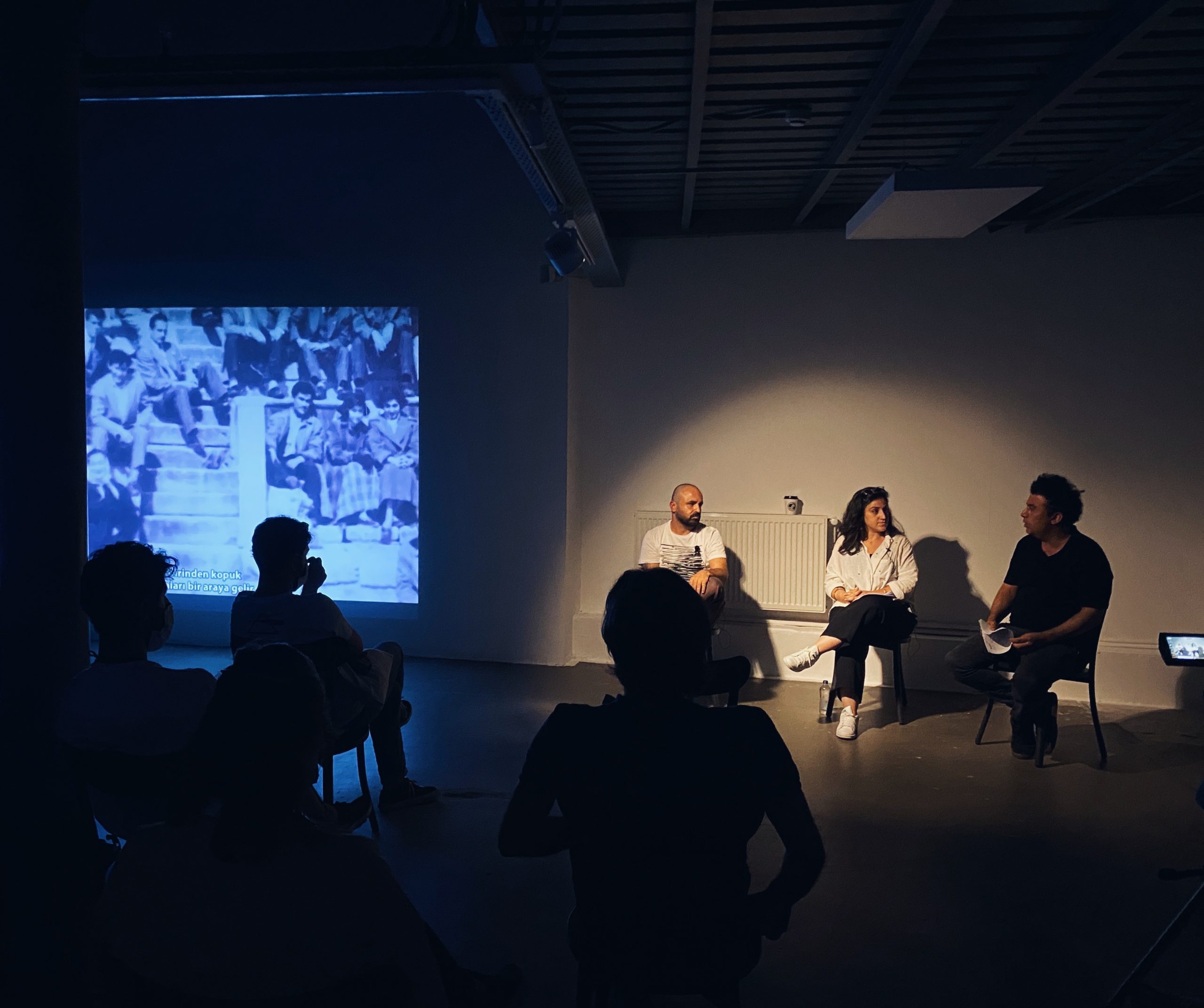 These videos of Mehmet Ali Boran and Hera Büyüktaşcıyan, in which two birds stand in the center, and even birds are narrators, share a similar narrative form as well as a common problem: to save the past, to make the “ghosts” of the past talk and reread the present with those rescued ghosts. Considering that the policy of forgetting, falsifying or turning the past into ghosts is one of the main ideological moves, these two videos are both intervening against the dominant ideological narrative. And these interventions open another pathway that could pave the way for what Foucault called ‘counter-history’ and ‘counter-memory’.

Derrida’s (now well-known and widely discussed) concept of hauntology can be used for both videos. Derrida’s method was to look at the “ghosts” of history or narratives and deconstruct the official landscape or narrative. Not ontology, but hauntology. Looking at nonexistent, not existent. Or as Sevim Burak said: “Speaking with nonexistent.” Here, both Boran and Büyüktaşcıyan make the ghostly stories of the past speak: a conversation with the ones who are considered “nonexistent”.

In her video work entitled “Neither on the Ground nor in the Sky”, Büyüktaşcıyan embarks on a journey through a bird figure within times, she is making a move of saving the past by overlapping the present with the past. The “main-character” in this move is a bird inspired by a “parrot mosaic” from 160-150 B.C., which was found in Bergama. This bird’s travels back and forth between Pergamon of ancient times and today’s Bergama connects two time periods: critical issues such as history, loss, and historical narrative are told through the testimony of this bird. This testimony makes one feel that the past has not passed yet; those ghosts vibrate in stones, structures and geography. A ghost roams Anatolia, a ghost waiting to be revealed by a hauntological excavation.

Boran, in his video entitled “The Magic House”, repairs a “beheaded” dove in the Kespo mansion belonging to an Armenian family in Mardin by wearing a “prosthetic” head and gives credit to this ideologically and physically violent symbol. There is severe destruction here: the decapitation of a small statue, an expression of how violently the Armenian heritage was destroyed, and something to do with necro and biopolitics.

Both Boran and Büyüktaşcıyan intervene today with “nonexistent-thing”, which can be described as the ghost of history. Two critical interventions to see the present through the lens of the history of the other, not through the official history.

Hera Büyüktaşçıyan (b.1984 Istanbul) Graduated from Marmara University, Faculty of Fine Arts, (2006). The artist uses the notion of absence and invisibility, in order to compose an imaginary connection between memory, space & time through unseen and forgotten aspects of history. She works as a storyteller, integrating metaphors from local myths, historic and iconographic elements of different geographies to open up new narrative scopes. Water is a recurring theme in her practice, referring to what the artist understands as the fluid, aquatic nature of memory. Her most recent works enquire into the meaning of ‘absence’ within architectural memory through retracing fragments of time and space connected to ruptures of history. At this point the artist dives into the terrestrial imagination by unearthing patterns of selected narratives and timelines that unfold the material memory of unstable spaces.

In his first-period works displaying narratives on the crowds, the artist presented the physical/psychological reflexes of masses across the government  with an effective visual way as part of the issues like identity and belonging.

Later on his artistic production, Boran focused on the problems of militarism, immigration and memory. He began to explore the ecological narratives and he examined closely the positioning format of the new era security system in the place where he lived. In his works Mehmet Ali Boran criticized the discourse of security community created by the control and surveillance mechanisms of the government on territarial borders, city/country settlements and topographic areas.

He proposes the whole perusal of the existent instead of the human-oriented perusal of the place, history and memory. Also he develops a jeontological point of view to animal, watercourse, soil, rock, air, plants and cultural relics. Moreover Boran offers a different perspective agaist the people who bring themselves into existence taking inspiration from geographical sciences.

"DAYS OF NO HORIZON"