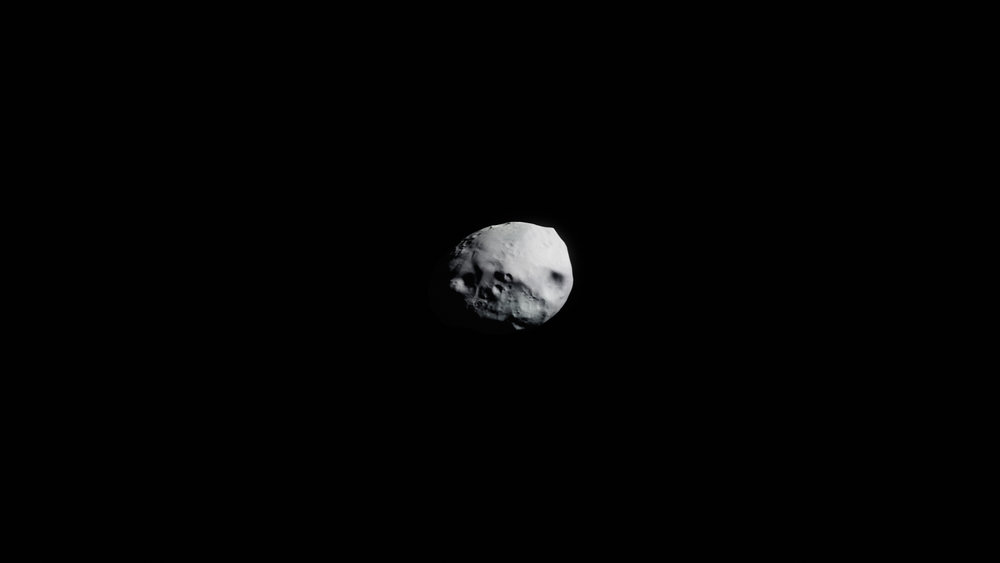 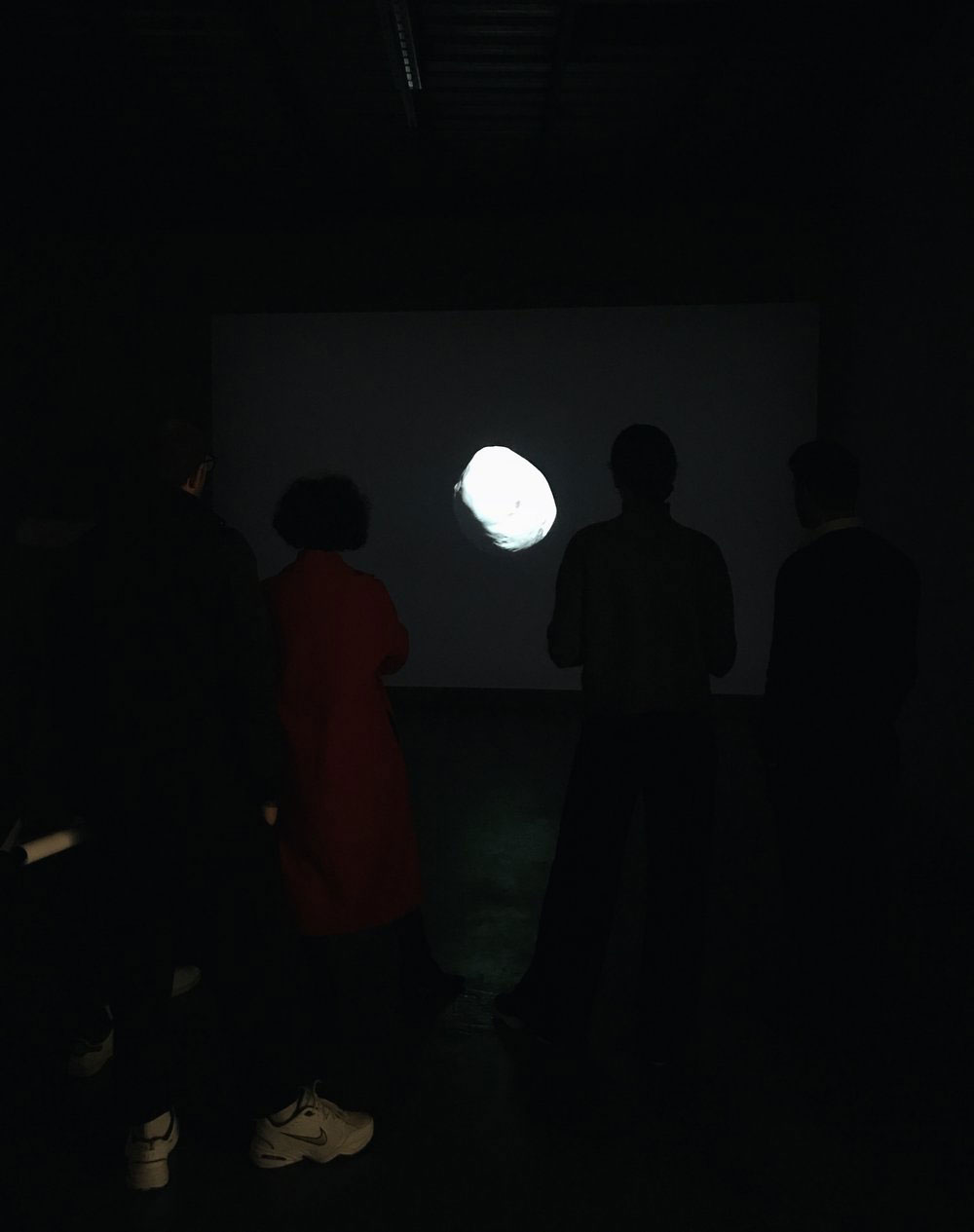 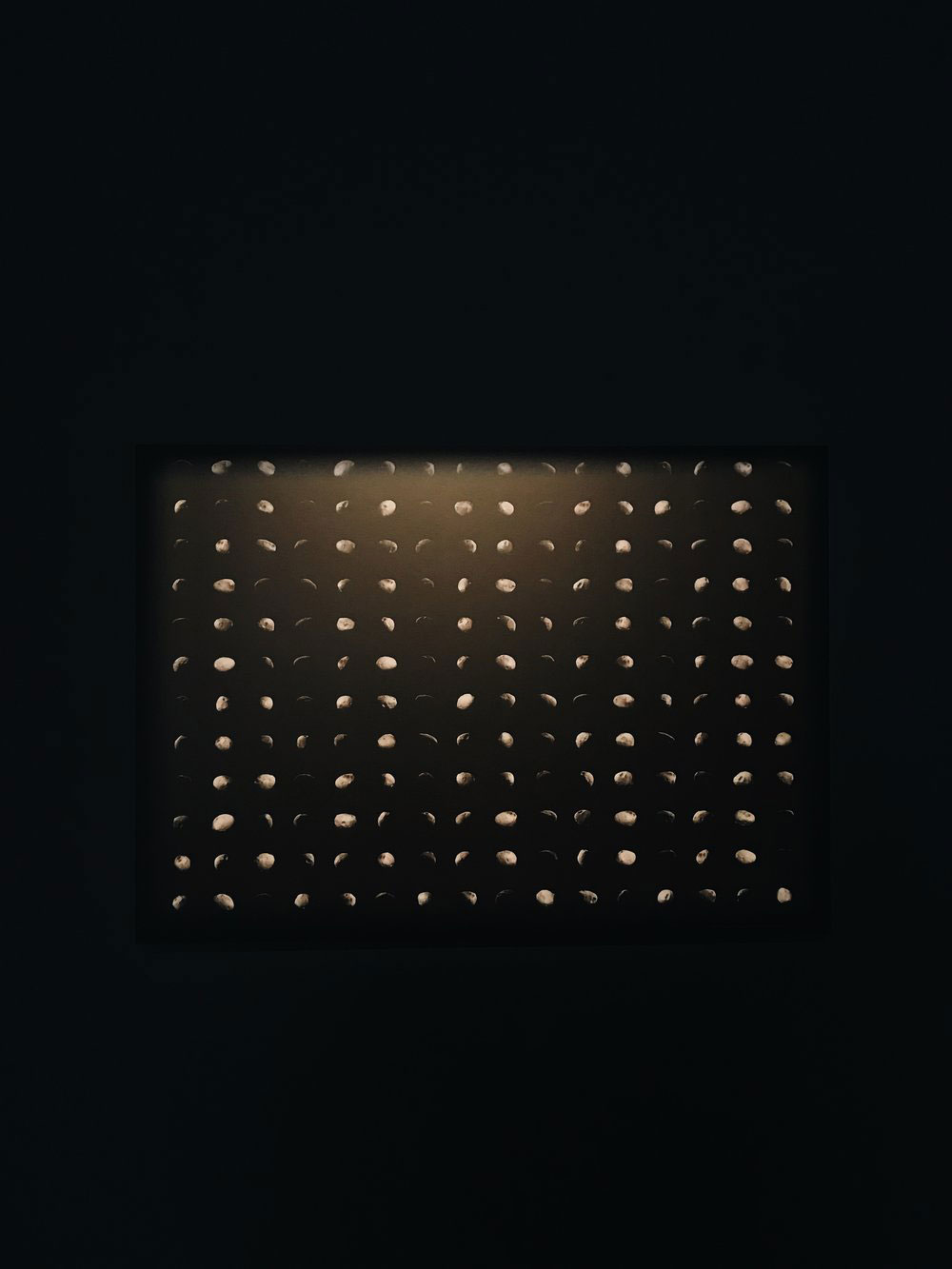 ‘Phases of Nix’ is an animation that is created with the inspiration from the chaotic rotations of the dwarf planet Pluto’s satellite Nix, around its axis. The video in the exhibition is accompanied by a “Nictian Calendar”, a calendar that is similar to the ones that show the phases of the Earth’s Moon but is an unfunctional one due to Nix’s chaotic rotations. The shape of the moon in the video was designed with the use of Nix’s two photographs and the movement resembling an unstable pendulum was generated with the computer scripts containing randomness. The work deals with chaotic systems together with our traditional understanding of time that is based on continuous cycles and a balance in nature. On a surface, from where the sun rises is technically unknown, what other patterns can we use to record time?