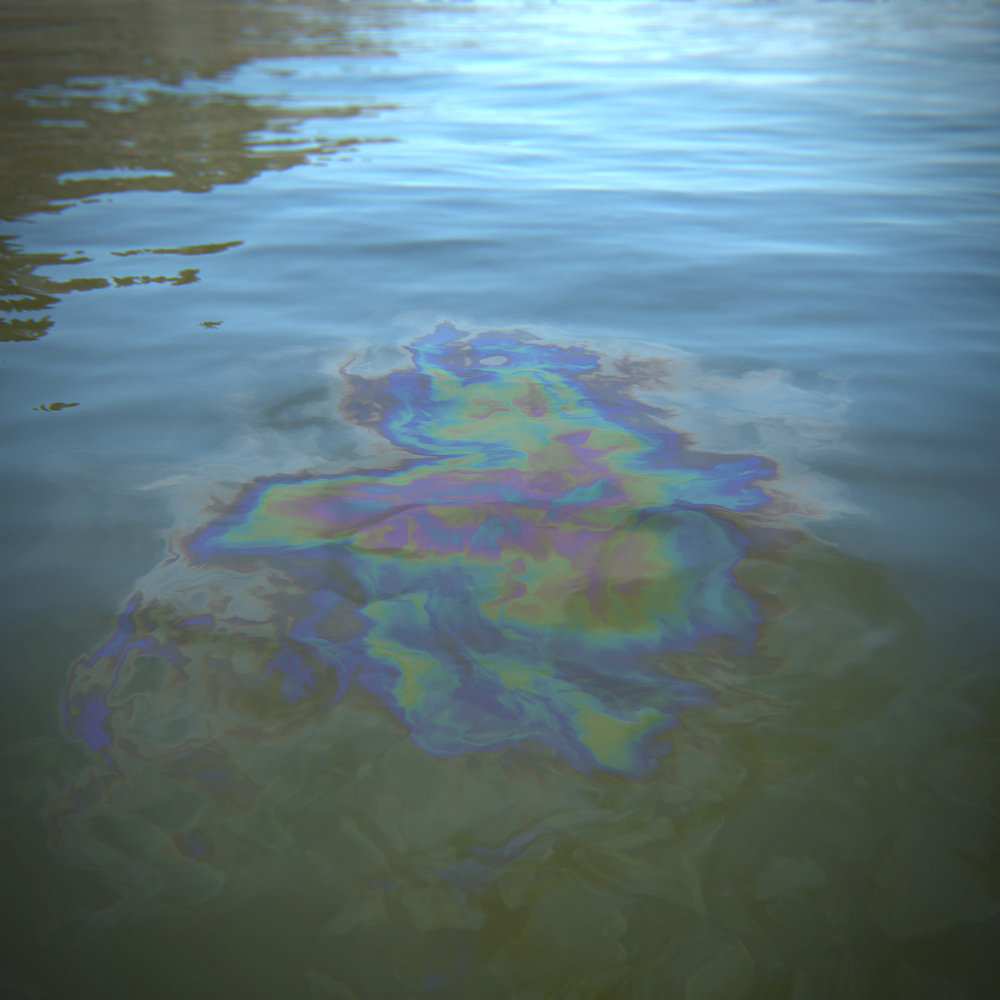 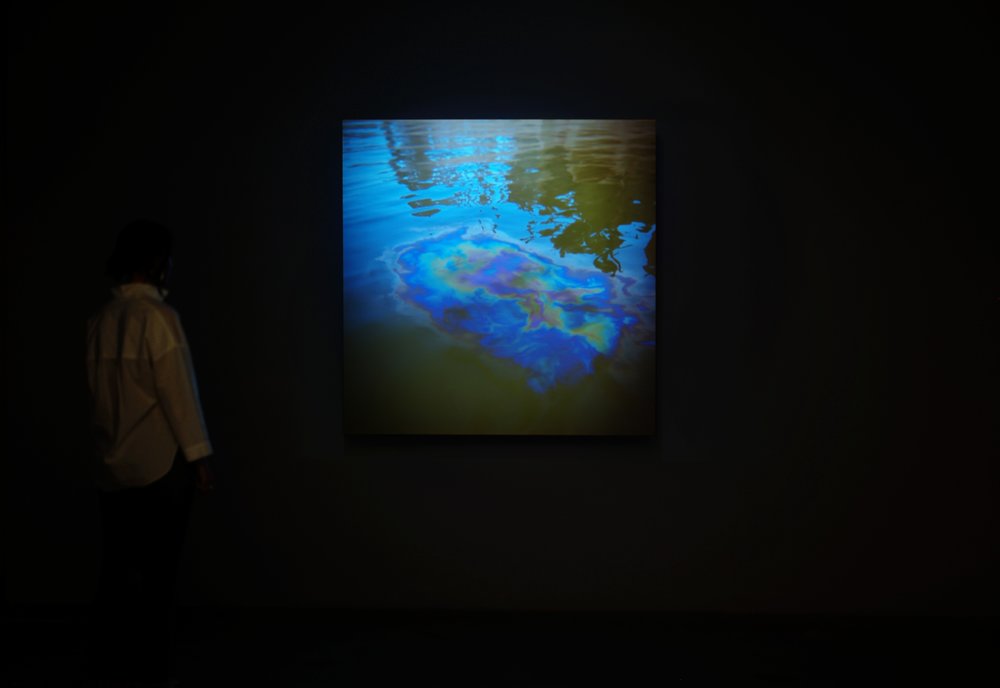 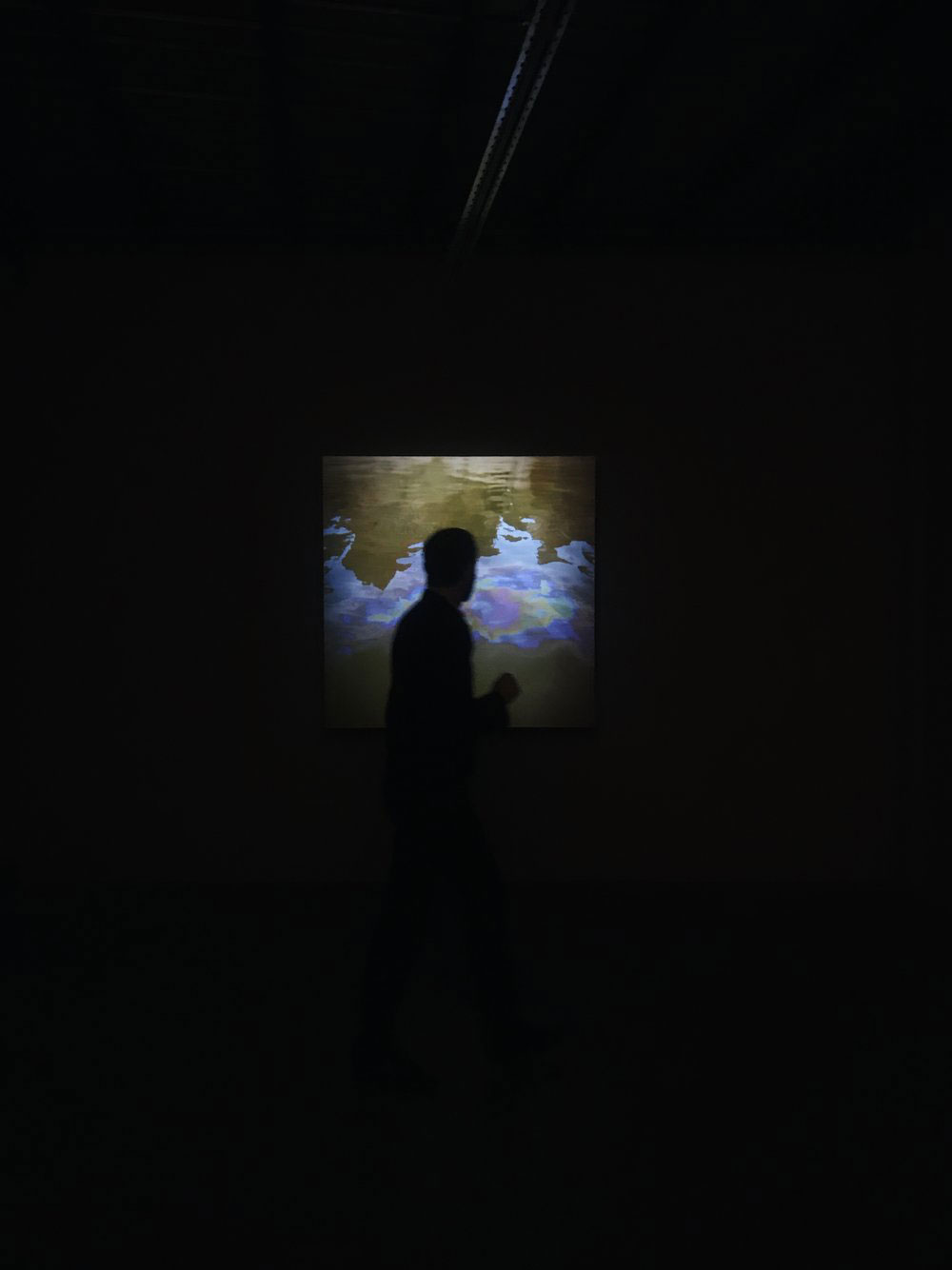 A Parallel Event to the 4th International Mardin Biennial

Bilsart is hosting John Gerrard’s work entitled “Flag(Nile)” between May 04-17, as a parallel event to the 4th International Mardin Biennial.

Flag (Nile) 2017 portrays a segment of the Nile River near Cairo. The river colours are digitally recreated, alongside buildings and trees on the riverbanks present as reflections. At the centre of the scene, a gasoline spill is simulated – accurately refracting the light to create a vivid prismatic field, endlessly shifting shape over time. The viewpoint circles this form while the work unfolds over a 365 day solar cycle of night and day. The soft undulation of the waves animates the scene, giving rise to the title of the work.