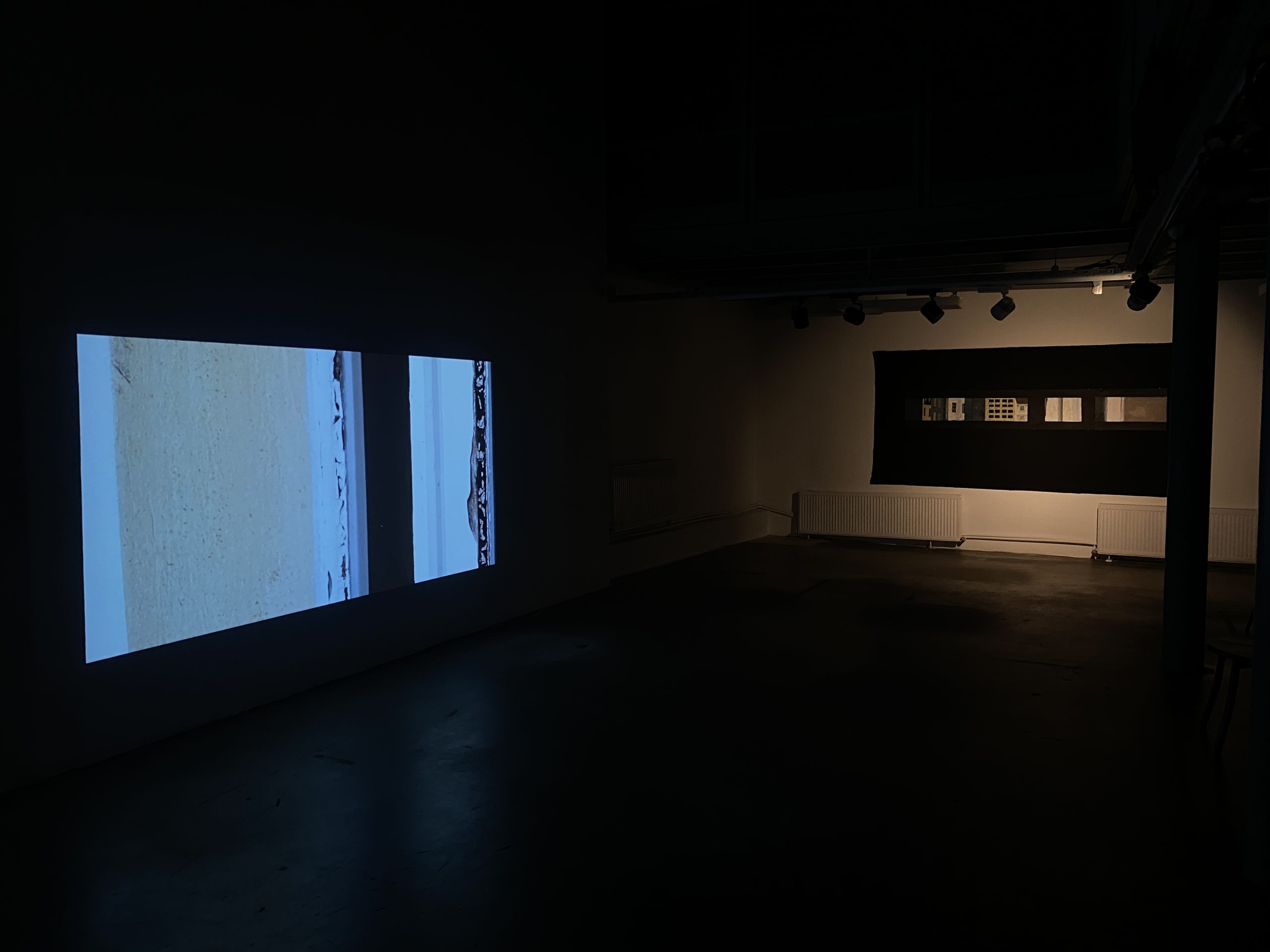 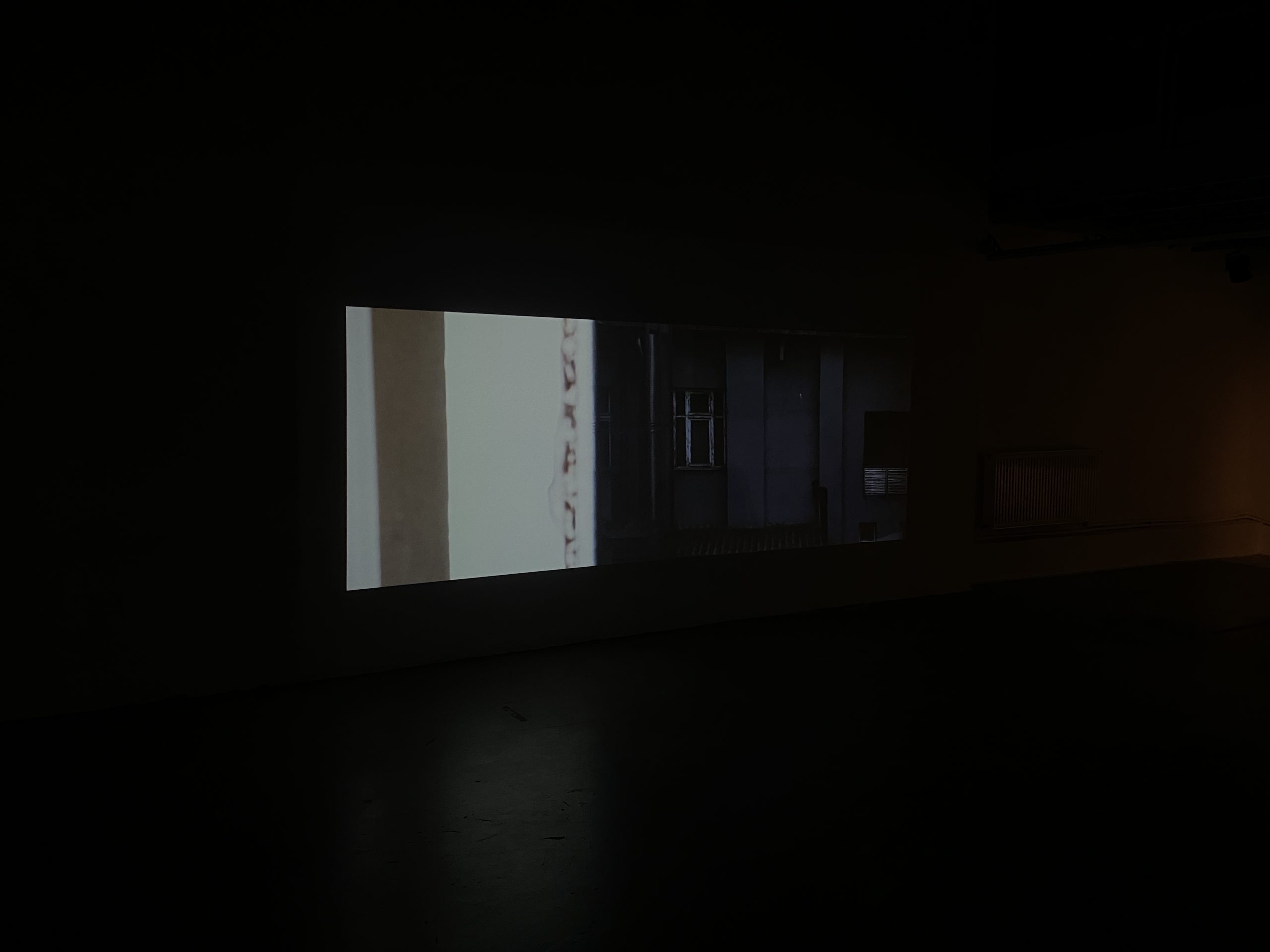 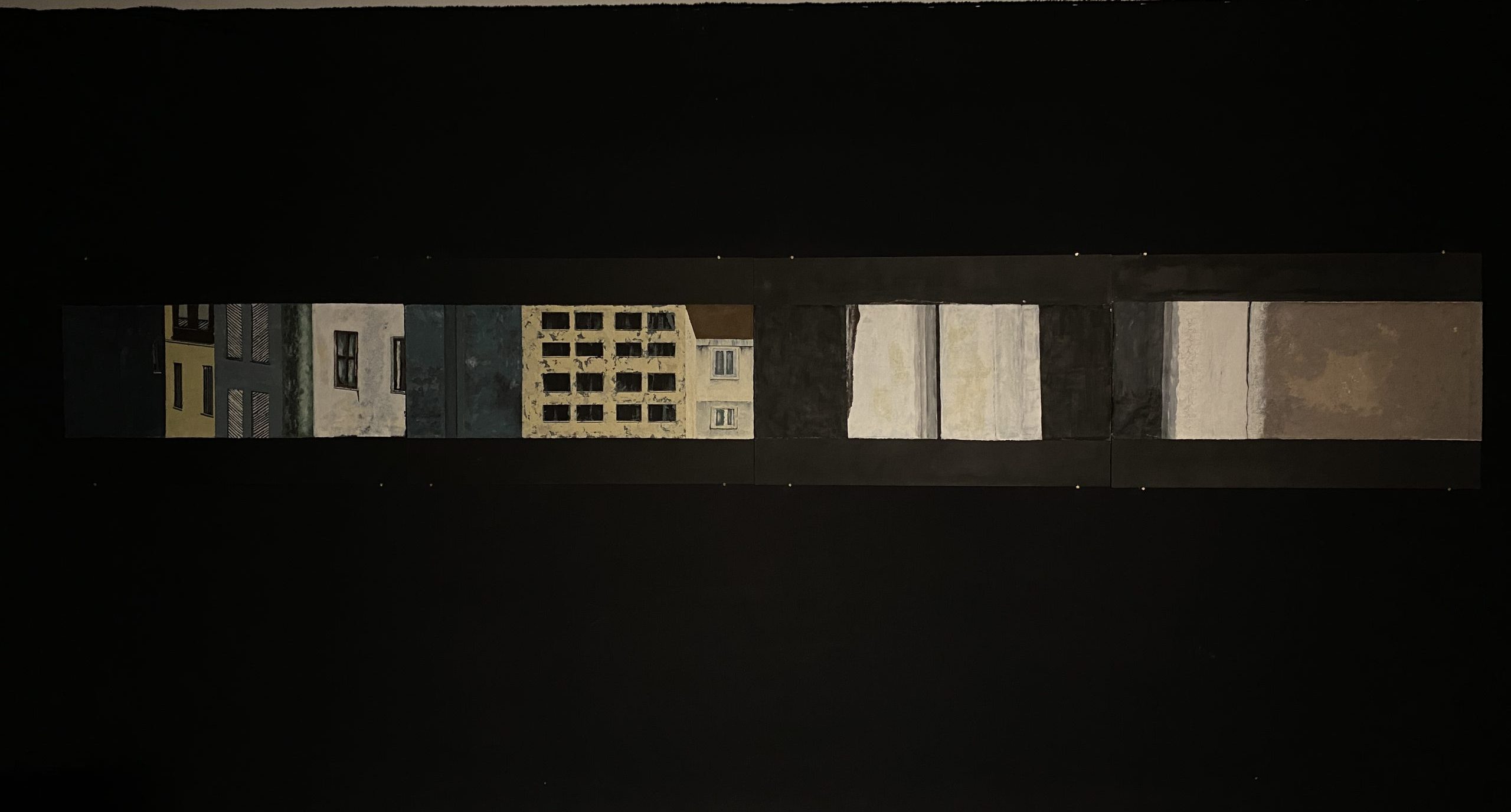 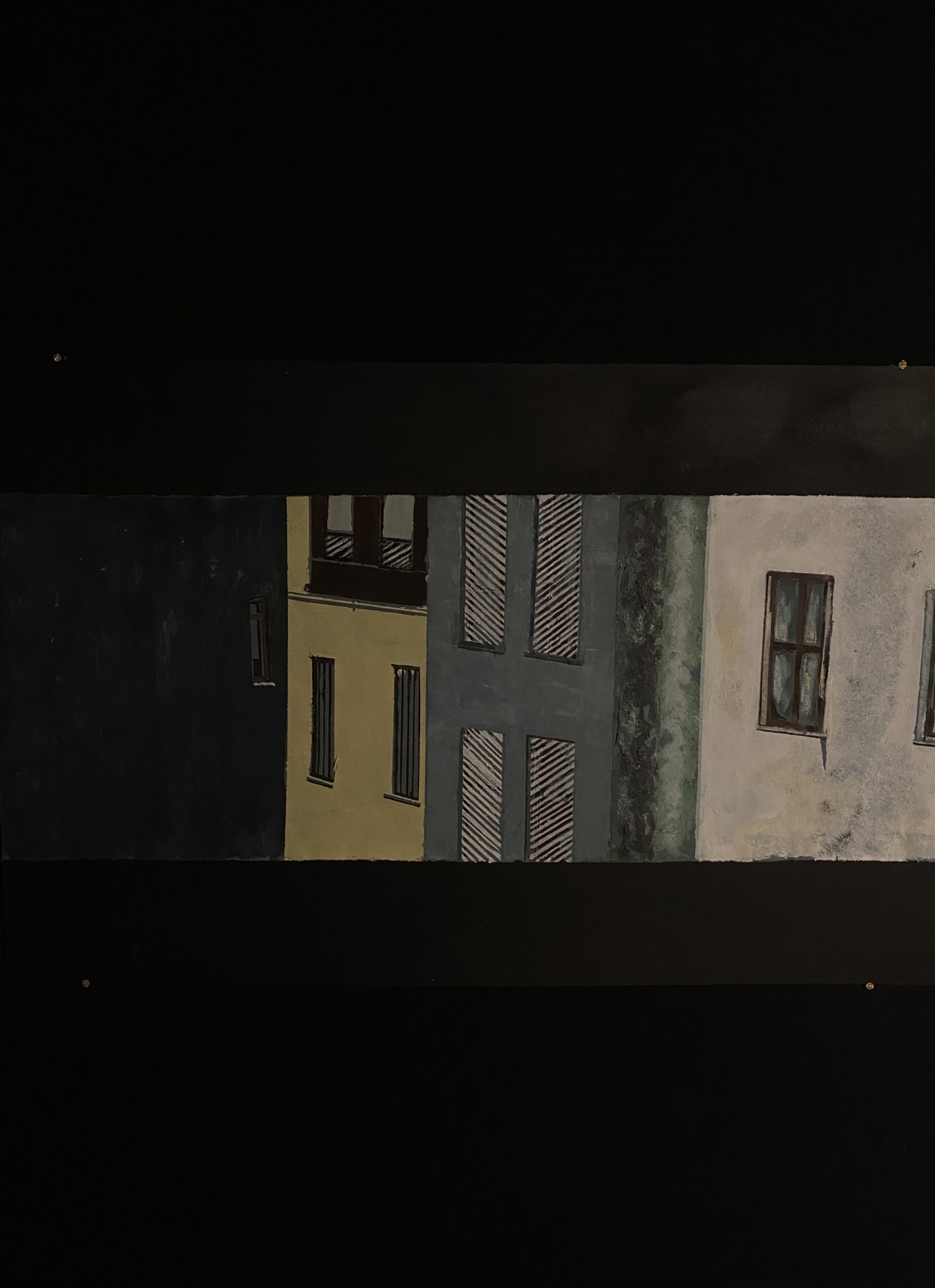 It is widely said that as they have evolved, time-based narratives created new ways of seeing with their influence on mass orientation. Within these forms, the camera has become more of an ideological device.

In Eğler’s productions, the camera works the other way around. Rather than  just showing, the camera suggests a new way of thinking by closing in on itself. It is as if it wants to reveal that the fictional display systems are actually more of a screen that serves to hide, while only pretending to show.

The camera opens windows into everyday life and gazes out. While the gaze focuses on this new mindset without moving, sometimes it thinks about what to show next in the loop. This is an invitation to the audience to join the thought process. The frame becomes the window, the window becomes the eye; then it reminds us that in the end, it is still a frame. There is no place, and no destination to arrive at – the destination becomes the loop itself.

Although the frame might seem quite ordinary at first glance, it does not belong to the everyday time-space regime. It takes place in an alternative time, and distorts the perception of linear time and space. The elements in the frame might seem to be used in accordance with the “accepted forms”; whereas they are gradually transformed through simple digital interventions. Film Time bends and twists: the composition gets disrupted.

These works, which seem to be far from simply video and film aesthetics, can truly be defined as motion pictures. Despite being close to the aforementioned areas, these images are ontologically different. They are not reflexive like video and they are far from the traditional fictional forms that cinema maintains. They also do not aim to record reality as a documentary either. The concept of time is used as a material in these moving images – determining the quality of the image in the fourth dimension.

“Balcony” looks through one of the oldest neighbourhoods of Beyoğlu district in Istanbul. The wide aspect ratio narrows the visual perception. On the other hand, it enhances the characteristics of the visual elements such as the architectural details of the buildings. The choice of using this type of ratio maximizes the expectation to see more by minimizing the visible area. A slow panning camera displays the subtlety of these elements, the parts of adjacent buildings. The positioning of these buildings forms a courtyard, a long-lost characteristic of the respective district. The more the camera moves the more the elements of the composition lose their spatial qualities. Their perceptual qualities, however, turn into shapes on 2D surfaces. Certain parts of the video give the impression of a documentary as it informs the audience about the spatial environment.

1983, Istanbul, Turkey. He lives and works in İstanbul. Graduated from Yıldız Technical University Interactive Media Design Programme in 2009, he has worked with variety of media such as photography, video and graphic design. He started his post-graduate studies in FH Joanneum, Media Programme (Graz, Austria) in 2010. After his first solo exhibition “Limits and Errors” in Graz, he works extensively on exquisite exhibition formats, time-based media forms, making installations, screenings, lectures, seminars, and attends artist-in-residence programmes. He is the founder of YOGUNLUK (2013), an art collective based in Istanbul which focuses on the relationship between contemporary art and spatial experience (www.yogunluk.org).