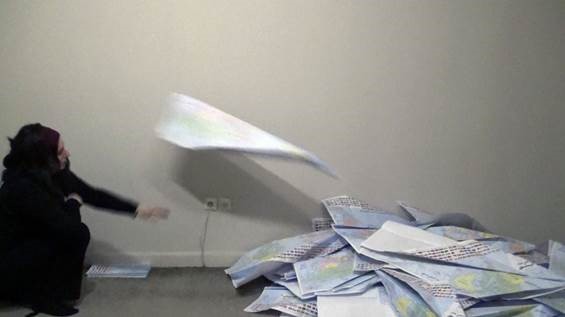 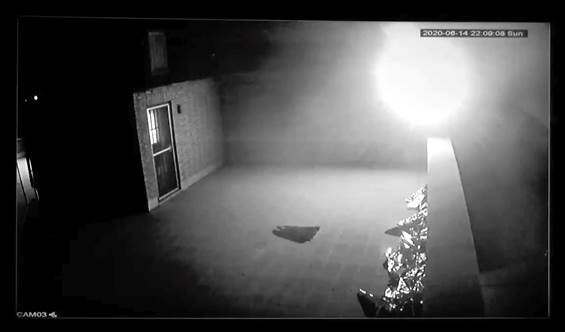 Ghazel’s exhibition entitled “Uncanny (Cartographies)” curated by Yekhan Pınarlıgil, can be seen at Bilsart between the dates of 22 June – 02 July, 2022.

We live in strange times, in undefined landscapes. It’s as if an era has come to an end, and an uncertain future is before us like a foggy void, an abyss. The civilization that we have established, or we think we have established, is the one shaped by our passions, rapidly moving towards an inevitable disaster. We are on the verge of falling.

We leave familiar lands and embark on a necessary journey. The place we came from is certain, the way we are heading is unknown, and there is no destination. We are moving into an unsafe area with no guidance. We’re right in the middle of a Soviet sci-fi. Time and space are uncanny.

Anne-Charlotte Finel captures places that are difficult to define, ships sailing on uncharted waters, and rivers lost in a deep void. Images are flowing freely; dissolved and liquified. We are unavoidably moving towards a bottomless pit.

Ghazel tells the stories of the uprooted people; stories of uncanny journeys leaving the known behind. Ships that set sail only to disappear, planes that are vaguely hovering, trees that cannot take root… But does life fit in a few suitcases?

Ghazel was born in 1966 in Tehran. Works in Paris and Tehran.

Ghazel received her B.F.A. and M.F.A. from L’Ecole Supérieure des Beaux Arts in Nîmes (France). She also received a B.A. in Film Studies from Paul Valéry University in Montpellier.

Her work has always been directly inspired by her life experiences, her multiple imperfect identities and the social work she has been doing since the mid-90s with delinquent youngsters, street children, migrants and asylum seekers. Ghazel believes that art can only be a strategy of resistance.

She has participated in many international biennials, including the 50th International Exhibition Venice Biennial (Clandestini) in 2003, the 8th Havana Biennial (El Arte con la vida) in 2003, the 3rd Tirana Biennial (Sweet Taboos, Episode 2: To lose without being a Loser) in 2005, the 15th Biennale of Sydney (Zones of Contact) in 2006, the 7th Sharjah Biennial (Belonging) in 2005, the XIV Woman Biennial in Ferrara ( Veiled Memoirs: Contemporary Art from Iran) in 2010 and the 13th Havanna Biennial (Construction of the Possible) in 2019.