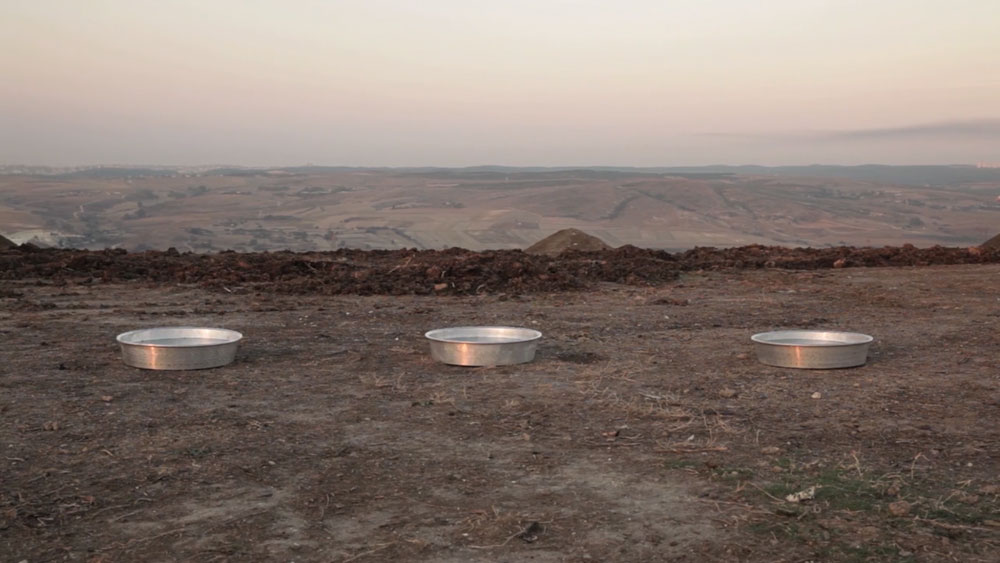 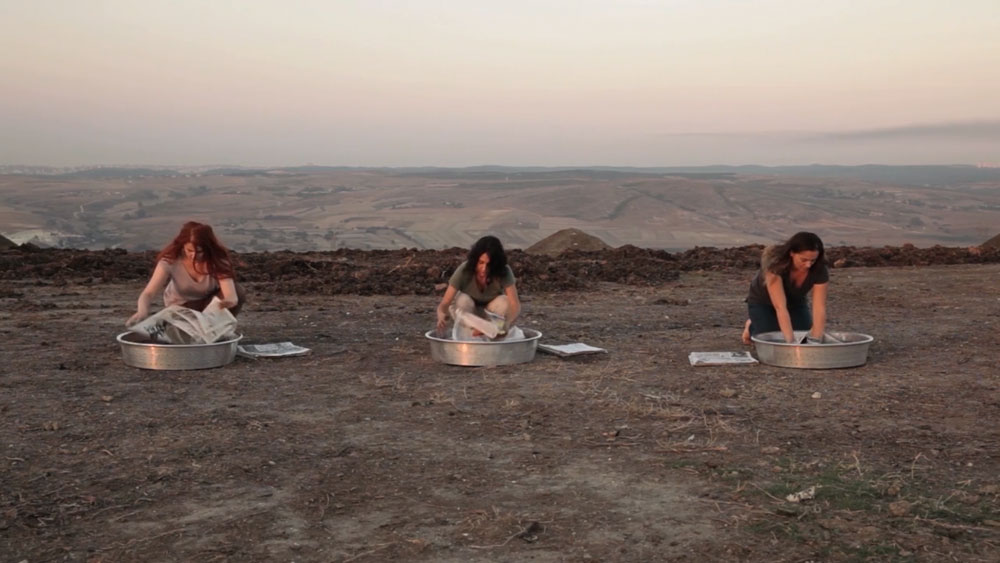 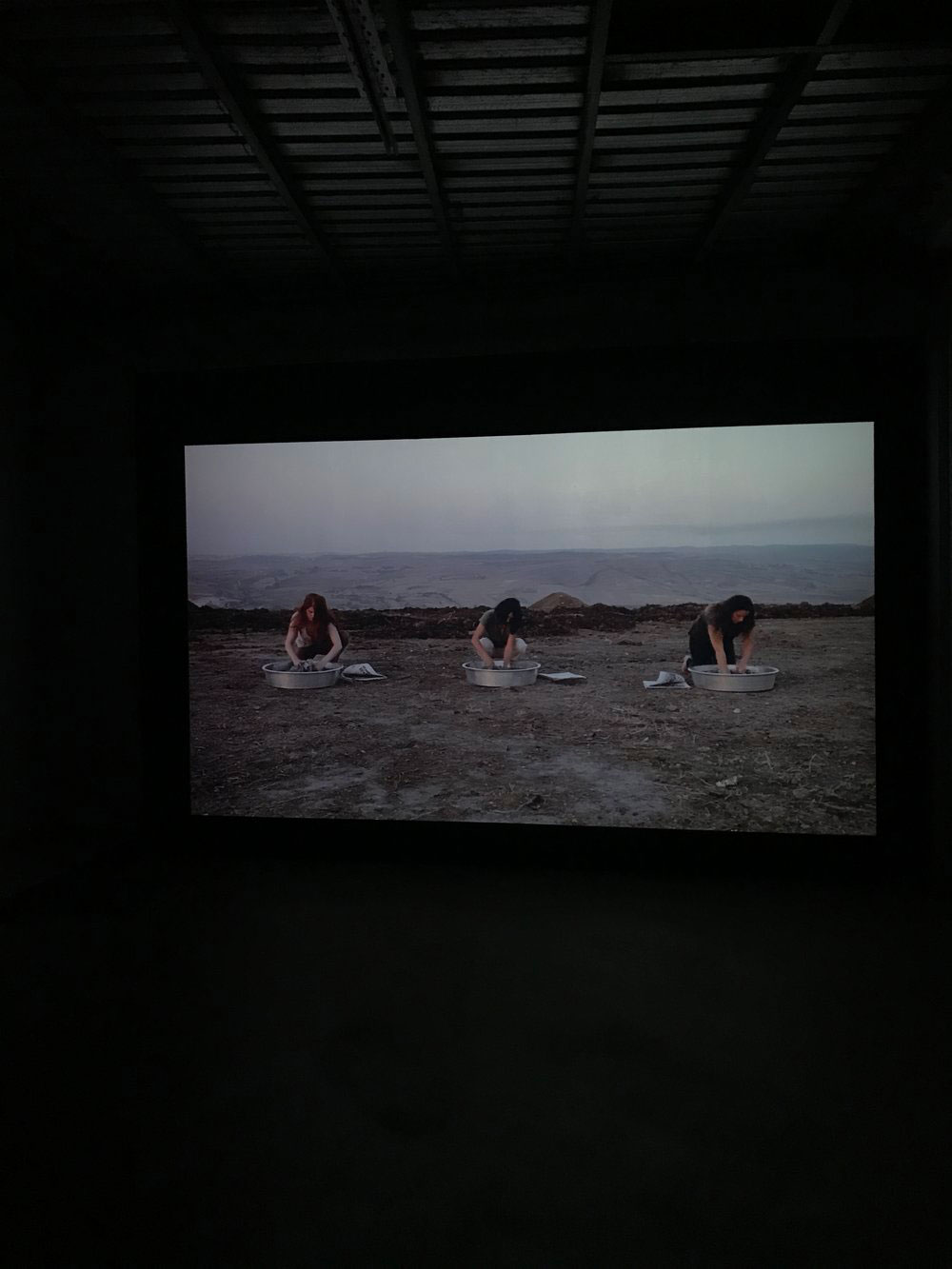 We see the artist together with two other women crouched on their knees in a rugged landscape. In front of them are tubs of water in which they wash Turkish newspapers. The act embodies the machinery of labour going into censorship.