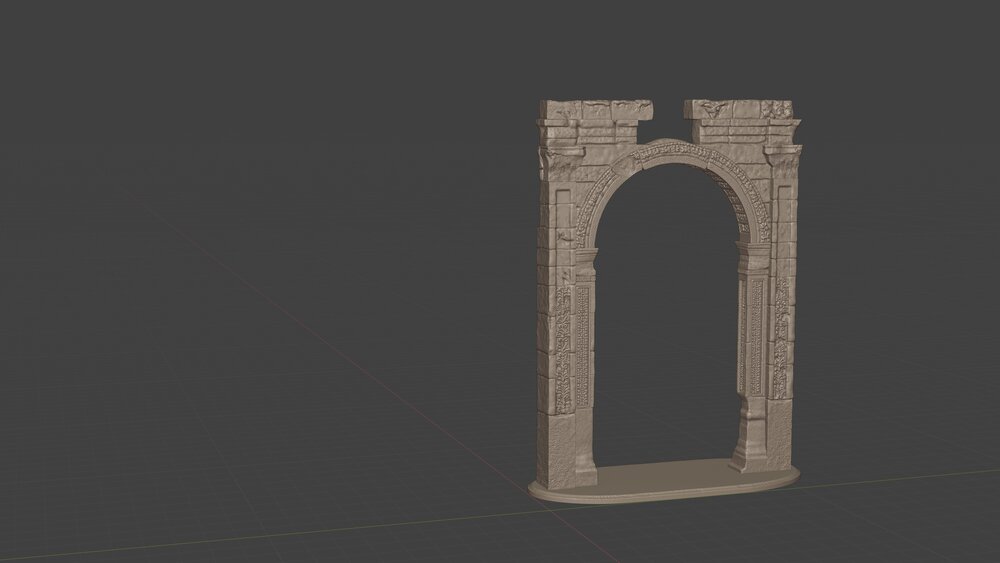 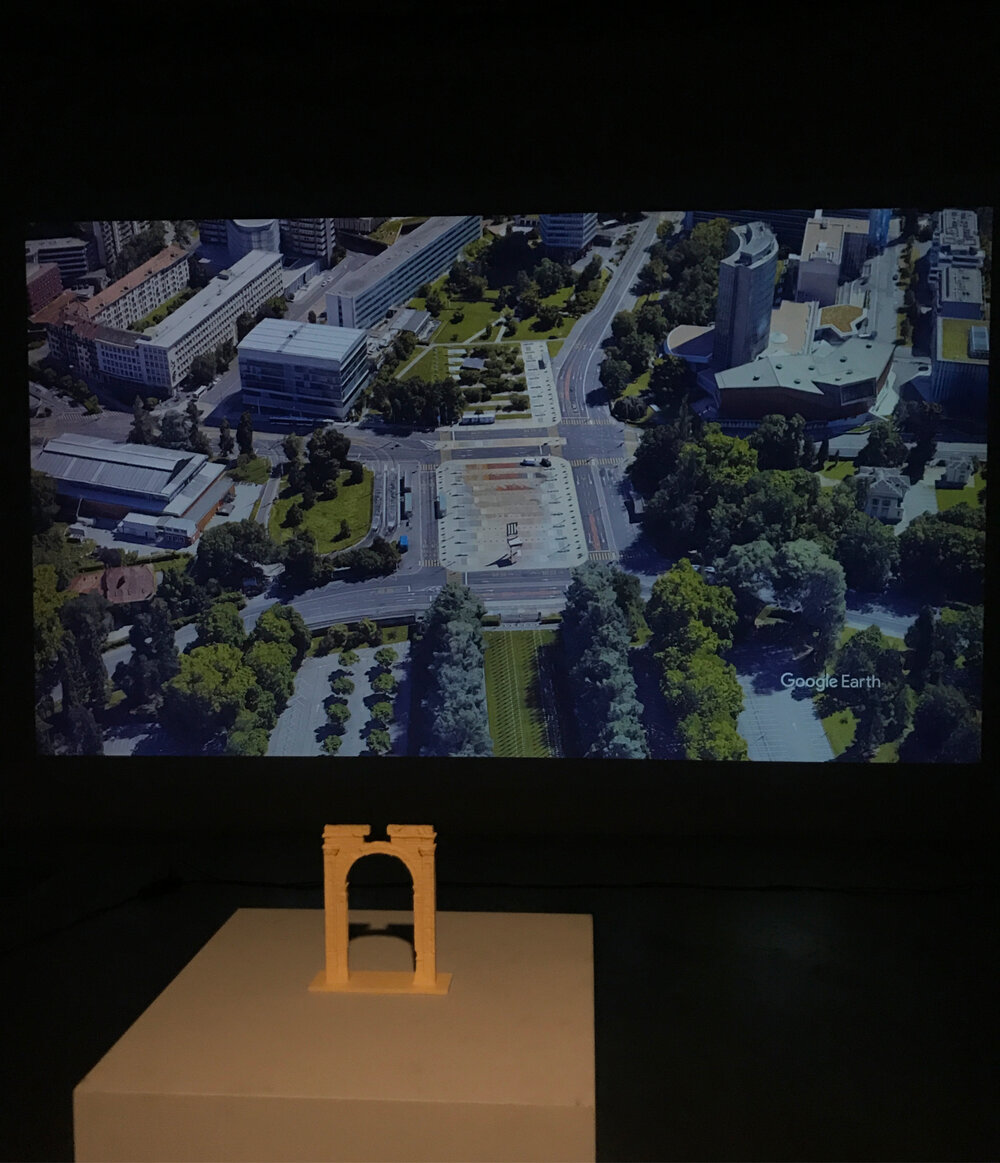 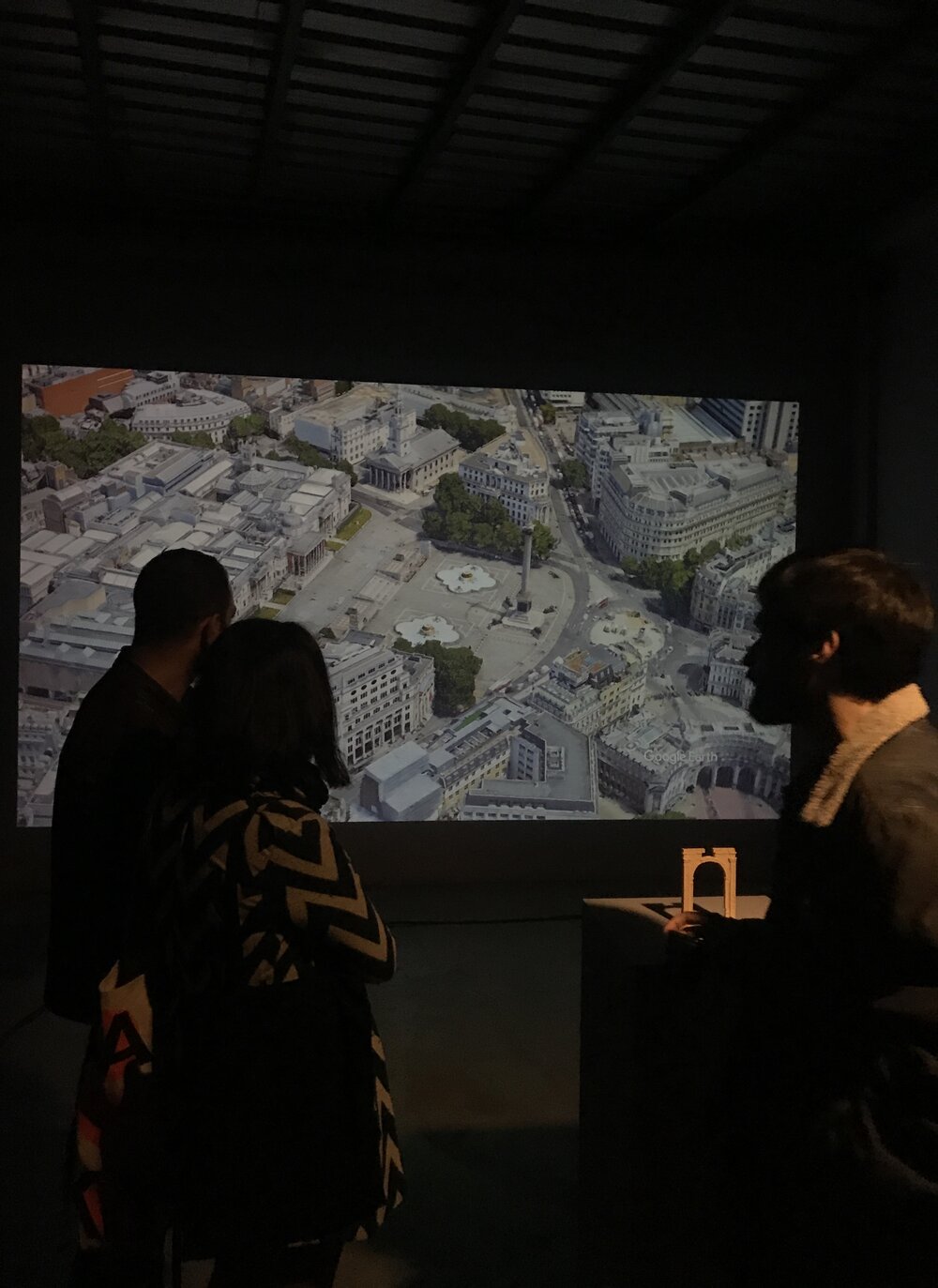 The exhibition “Victory Displaced” is an online research on the adventure of the “Arch of Triumph “, which was built during the 3rd century Roman Empire period in Palmyra, Syria. Following the bombing of the structure by ISIS in 2015, various institutions and organizations working on the archiving of cultural heritage created digital models of this arch as well as other similar structures in Palmira. The Institute for Digital Archeology prepared a photogrammetric digital model using photographs taken before the demolition of the structure. Using this model, 1/3 scale replica of the structure was produced by CNC technology and this replica was exhibited in various popular squares including Trafalgar Square, London, 2016; City Hall Park, New York, 2016; Palazzo della Signoria, Florence, 2017 and Place des Nations, Geneva, 2019. The exhibition, which focuses on the agenda created on this structure, includes a video and a sculpture. The squares, where the replica mentioned in the video has been exhibited, are visualized with the database provided by Google Earth. The video in the exhibition is also accompanied by a 3-D print of the digital model created with photographs of the replica which also has an online open access. This exhibition, which is placed on the axis between the original architectural structure, representation and its model and examines the relationship between them, traces the certain impossibility to own and experience the original or copy of any structure along with the “Arch of Triumph”. In this context, it tries to question how cultural heritage can be shared and to whom it belongs.

Born in 1989 in Istanbul, Egemen Tuncer completed his undergraduate studies at Marmara University, Faculty of Fine Arts, Department of Photography, and completed his master’s degree at the Department of Painting with his thesis entitled “Art of Photography in the Context of Minimalism from the 60s to the Present”. The artist mainly works on computer-based visualizations. In particular, he explores the relationship between structures and their physical/digital models through various representation methods. The complexity of the experience of physical space due to current advanced visualization and construction technologies provides the artist with the opportunity to examine this augmented reality, virtual reality or hyperreal areas and structures. His works have appeared in many publications and have been exhibited in various art spaces in Turkey and abroad including BWA Wroclaw, Rotterdam Photo, Akbank Art, Elgiz Museum, Plato Art, Mixer Gallery, Siemens Art and Mamut Art Project. In 2018, the artist opened his first solo exhibition “Workplanes” at Camera Gallery in Cluj-Napoca and in the same year, he was selected as a finalist in the 12th Arte Laguna Art Prize competition and participated in the exhibition held in the Venice Shipyard. Currently, the artist is enrolled in the Proficiency in Art program at Marmara University, Institute of Fine Arts, Department of Painting.