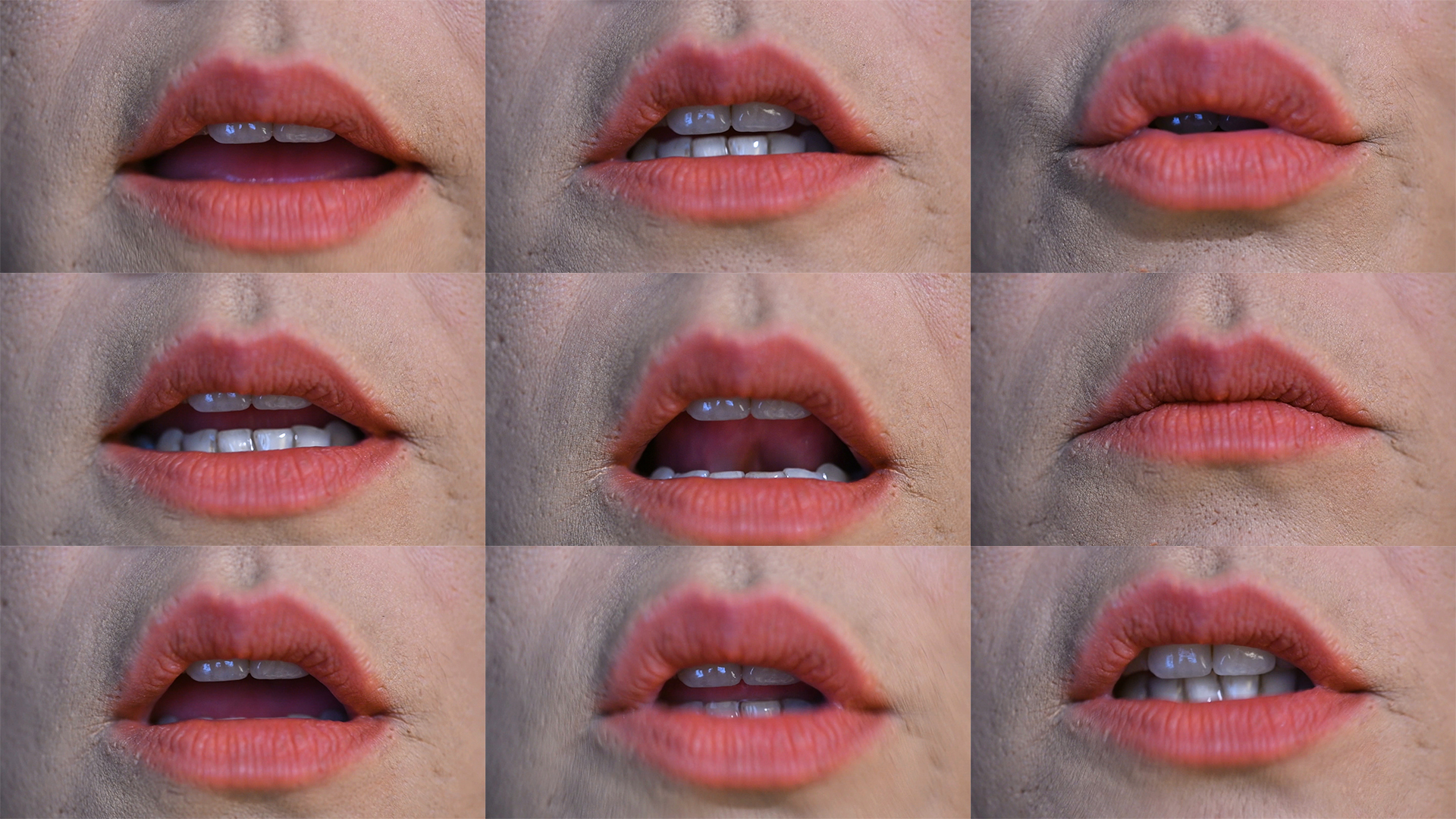 Bilsart hosts Didem Erk’s exhibition entitled As Both Remedy and Poison on December 15-31, 2021. A video sound installation “Dem. Gala” can be seen as part of the solo show curated by Simge Burhanoğlu.

The artwork consists of Didem Erk’s video in which she indistinctly chatters and a three-channeled sound installation accompanying it. The exhibition sets out on a journey into the artist’s, or just anyone’s, mind and, in a sense, penetrates into the viewer experiencing it. While the viewer watches the speaking person’s lip movements in the video, in the sound installation they hear three different sounds as a stream of consciousness, a self-acting speech, and a monologue without a script. These monologues make sense in themselves, although being independent from each other. The lack of synchronization and coordination between the audio and the visual makes the artwork unsolvable like a knot, at the sime time liberating the artist in terms of expression.

The artist’s practice attaches an illegible form to an object which is legible in multiple ways. This act questions the probability of a disconnection or mistake in the subject’s memory which they believe is knowledge. Erk’s artworks do not entail an ending or an aspect. Every one of them accumulates upon the others, goes under transformation, or connects by changing form. The starting point of “Dem. Gala” can be traced back to “Conserve” performance, a series Erk did in 2011.

The mind represents a complicated system whereas letters and words are merely symbols to express oneself.

In As Both Remedy and Poison, the artist examines the scope of self-expressions through language-mind-body relations and she displays inner paradoxicalities of these structures. The mouth is full of silenced words, although it is the main organ that transforms the body into language and an instrument using lip movements involving teeth. Speaking is a form of expression and it involves a choice of words among many thoughts. Not every speech is capable of conveying the contradictions and duality within the cosmos, thus implicates paradoxicality. By silencing her body, Erk amplifies her voice in a mindful sense and invites the viewer in this collective voyage towards the unconscious. Through a silent repetition of words, she reifies the border between body and language. The audio, which does not follow the visual, transforms into a kind of resonance and becomes illegible, untraceable, and indistinct. Thus, it manifests the incapability and inadequacy of language.

On the opening day, December 15, a dialogue between curator Simge Burhanoğlu and artist Didem Erk shall take place as to the layers of the exhibition.

The curator of the exhibition, Simge Burhanoğlu and Didem Erk, will also give a performative speech on the opening day, December 15, that will unfold the layers within the exhibition. As Both Remedy and Poison exhibition will also harbour some references to the ‘A Blue Ballad’ exhibition that will open at Zilberman Projects on December 16.

As a visual artist Didem Erk uses performance, video, installation and text as tools in her works and explores the relationship of space with notions such as language, memory and border/frontiers. She examines the flaws and fictional elements of personal and social memory. The act of remembering takes place through Erk’s method of conveying her art, performance, and site-specific installation. While handling sociological events as forms and concepts, she positions her language somewhere between political and poetic. In order to liberate from the destructive attitude of censorship and self-censorship in history, she focuses on healing and reintegrating the destruction into the world through some manipulations on found objects, body, surface and paper.