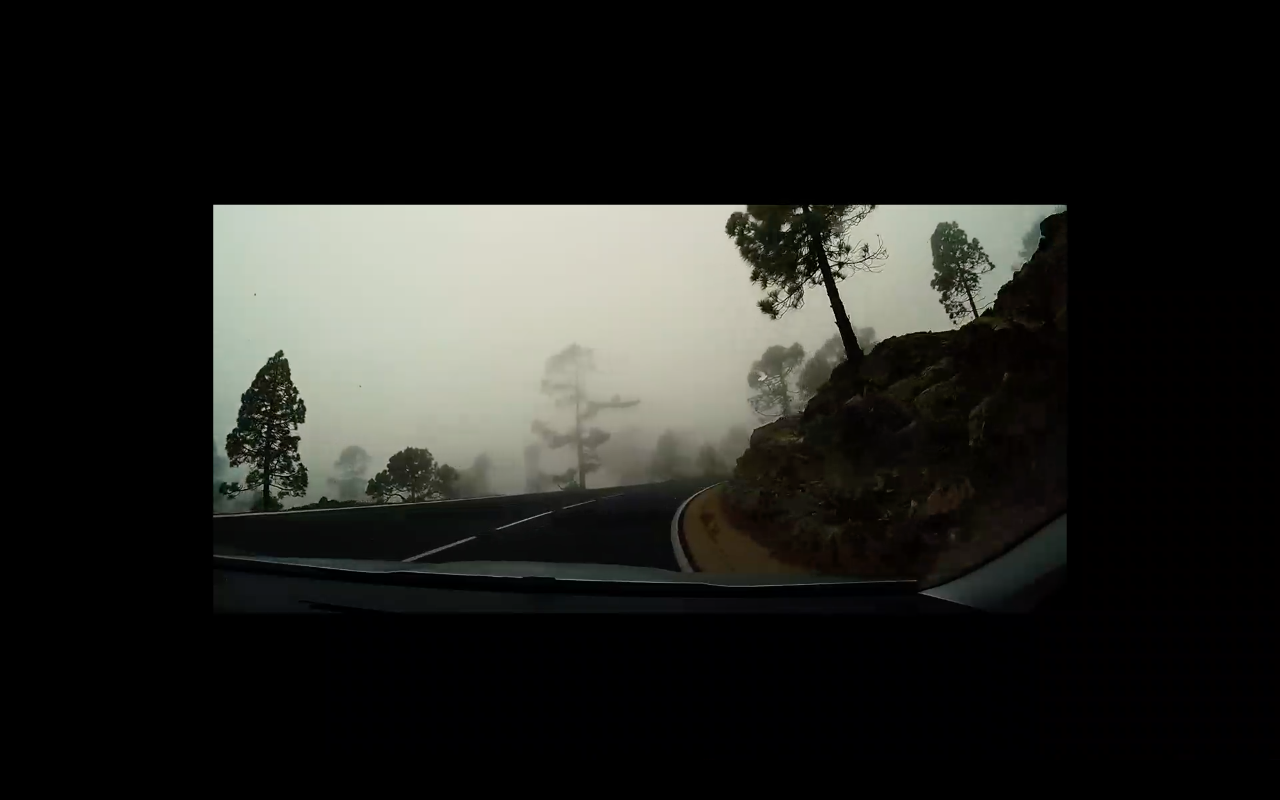 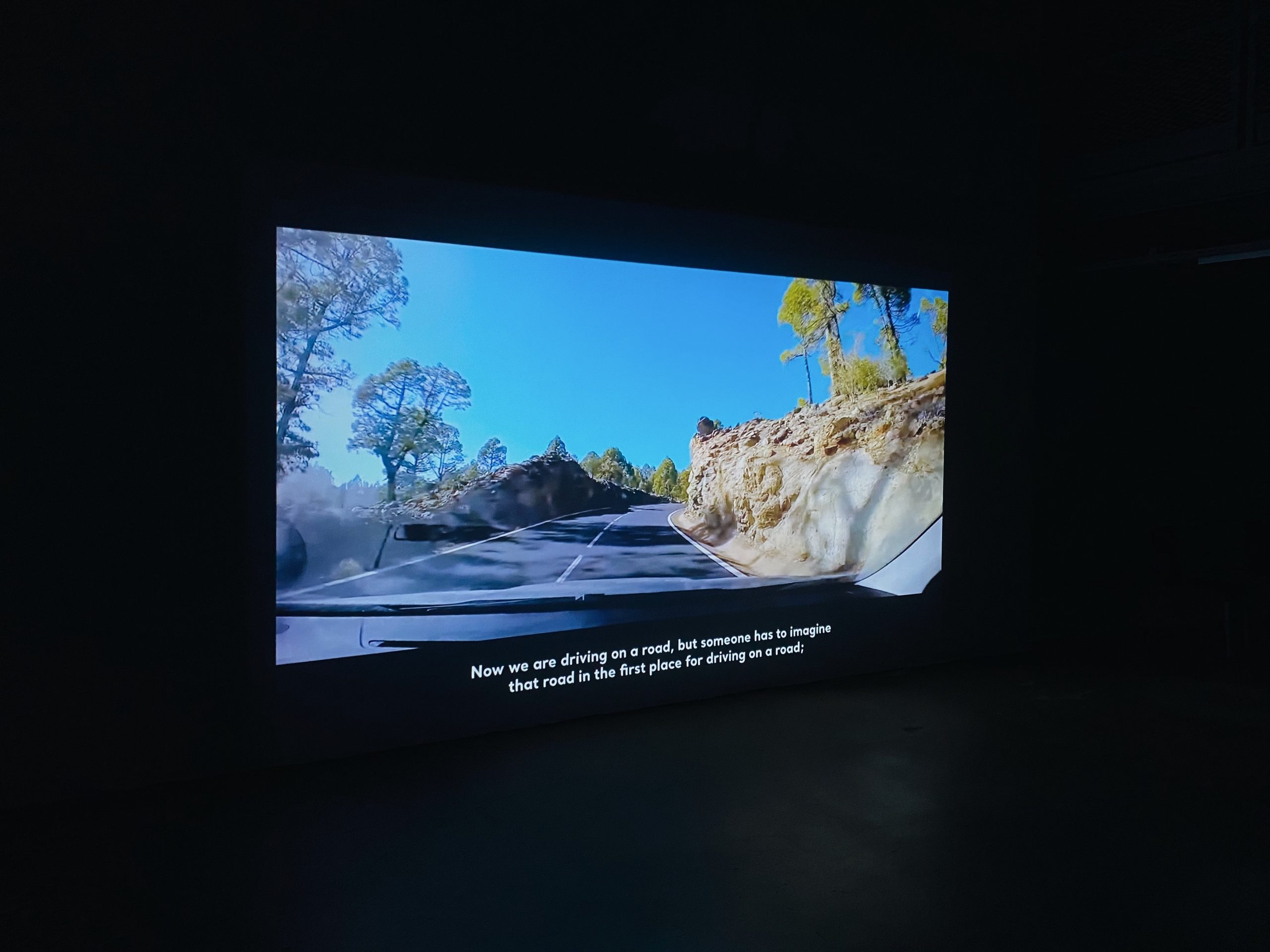 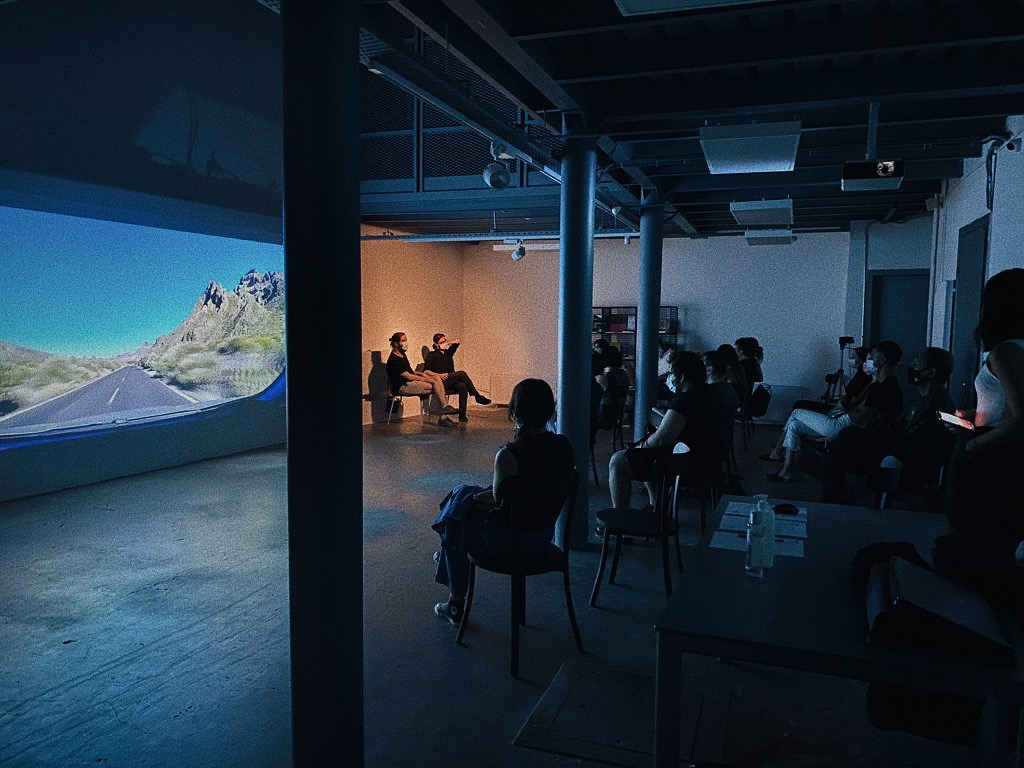 DAYS OF NO HORIZON

While human experience pushes the life on the planet to its entropic limits, our experience of the world is spreading across the planet extensively. The transformation of subjectivity from being a species among species to be a special tyoe of the human kind. As we feel the stickiness of our being —both to ourselves and to the planet— the frames overlap, and the senses flatten. In this series of impressions, the new age of strangeness, in which the human can only be recognized by his/her traces and fossilized, demands a new oceanography that will identify the shipwreck.

Bora Başkan started watching long road trip Youtube videos at home due to the lockdown in the first weeks of the pandemic. In Don`t Crash, together with İlksen Mavituna, Baskan attempts to interpret what he saw in a certain Youtube video showing a car ride between Vilaflor and Puerto de la Cruz. The dark, hazy and cinematographic atmosphere of the video compared to other road trip videos inspires the duo. The natural phenomena attached to the lens of the camera placed in the passenger seat enable them, who are not actually sitting in that seat, to develop a fluent conversation concerning being and existing on the surface of the earth.

While the journey continues, the video ends with İlksen Mavituna reading a paragraph by French philosopher Quentin Meillassoux and entering the song Don’t Crash by the Belgian EBM group Front242. The work itself takes its name from the chorus of Don`t Crash.

Bora Başkan was born in Istanbul in 1982, he received his bachelor’s degree at Marmara University Faculty of Fine Arts and his master’s degree at Istanbul Bilgi University Faculty of Communication. He worked as a faculty member at Istanbul Bilgi University and Kadir Has University. Apart from Öktem Aykut, he held solo exhibitions in Operation Room, Torun and PAKT. His works were exhibited in group exhibitions in Istanbul, Paris, Berlin, Barcelona and Los Angeles. Başkan’s sixth solo exhibition can be viewed at Öktem Aykut, the neighboring art institution of Bilsart, between September 5th-October 10th, 2020.

H. İlksen Mavituna was born in Samatya in 1986. After graduating from St. Benoît French High School, he studied philosophy at Istanbul and Galatasaray Universities. He has translated texts by Levinas, Nancy, Szendy and Jameson to Turkish. At Açık Radyo, where he has undertaken various corporate and editorial tasks since 2005; Mavituna continues to broadcast radio shows on literature, philosophy and contemporary art.