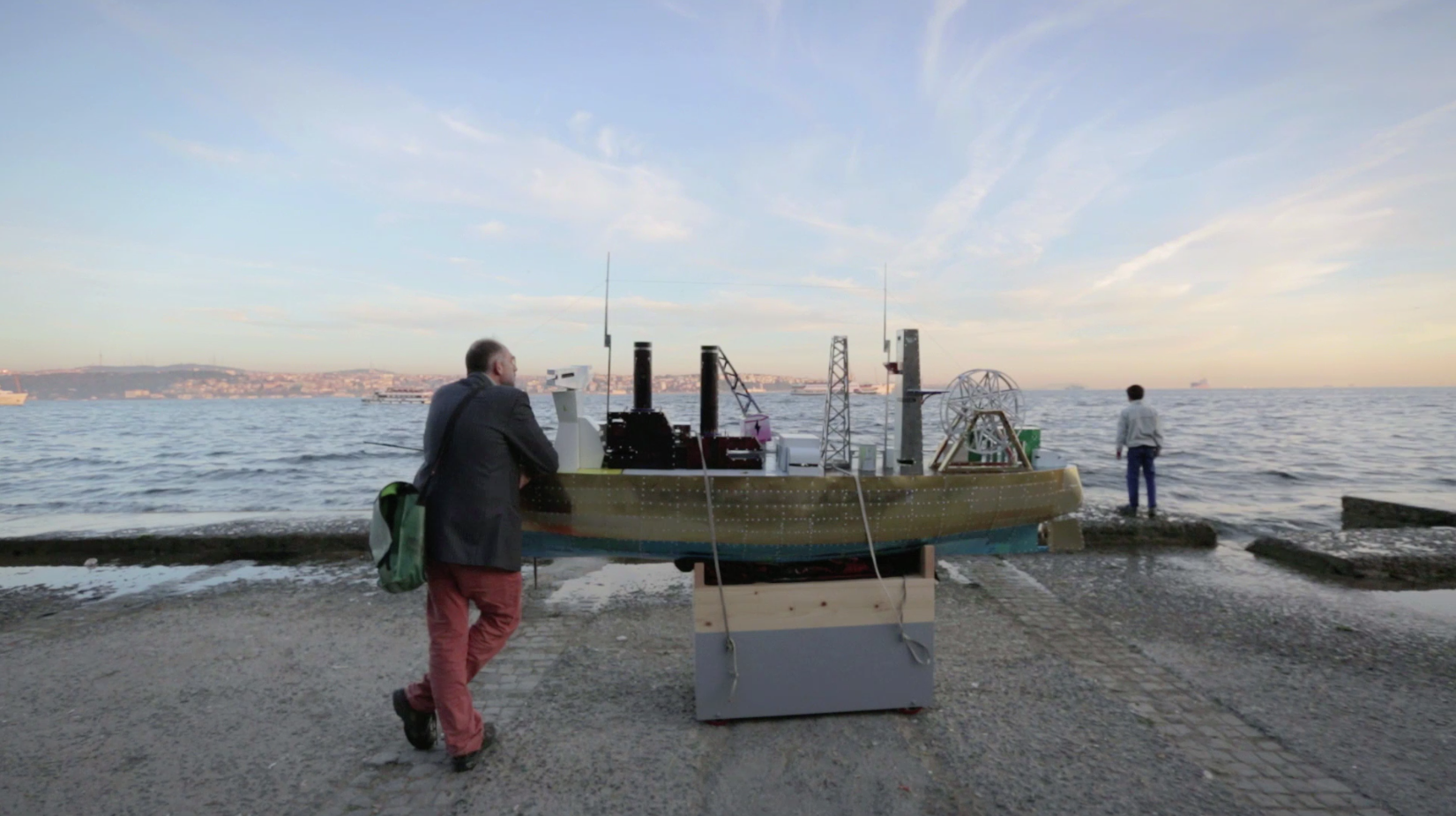 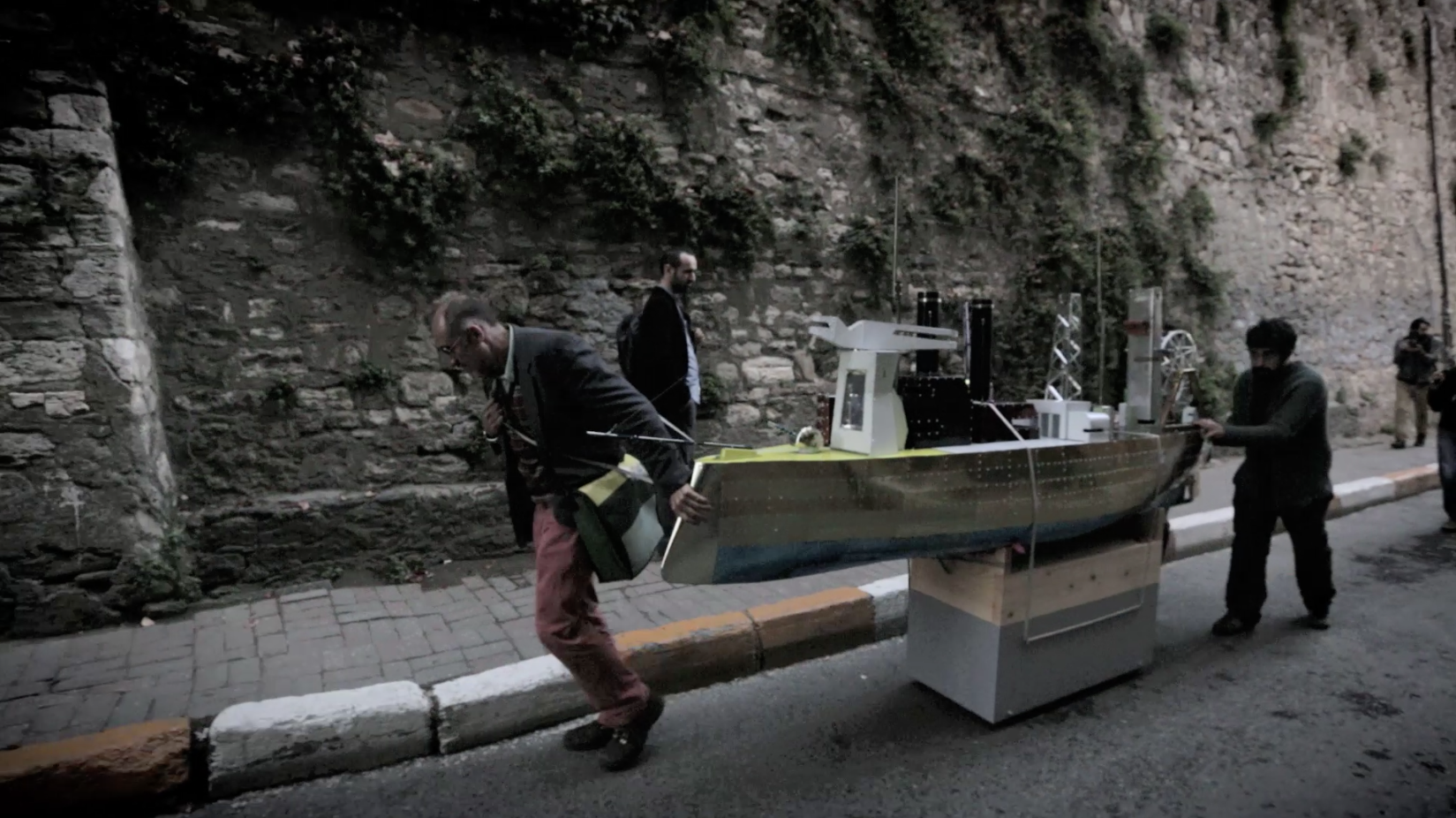 On Wednesday, July 1, Antonio Cosentino’s video work entitled “Escape From Marmara” will be streamed on Bilsart Youtube Channel and our website bilsart.com.

In the October of 2013 Antonio Cosentino with the idea “Let us leave Istanbul the way we have arrived”, takes the tin ship he created as homage to Sait Faik’s short story with the same name, Stelyanos Hrisopulos, 2013 on a stroll through the Istiklal Street to the seashore at Tophane. He salutes those who are making plans to leave the city, those who don’t feel at home and those who are forced to leave their hometowns. Throughout the video work Escape from Marmara, 2013 we see a curious yet suspicious crowd gathering around the ship. As viewers of the video, we witness what is happening on the street as well as the street watching the artist. As if shooting a documentary of the Istiklal Street, the camera moves in front of the bookstore Robinson Crusoe and many other stores that are either displaced or closed down now, blends into the crowd and heads down to the seaside by Tünel. Cosentino places his ship by the shore and enjoys his tea while accepting complements for the ship.

In Antonio Cosentino’s works, one finds a wealth of images distilled from everyday life, the depths of personal, memory, and the visual culture of the artist’s city. While the shifting character of highbrow and low-brow art was being discussed in the 90’s contemporary art milieus, Cosentino and his artist friends undertook, as it were, the archaeology of a gaze which brought subculture into question. It is from this period on that Cosentino’s painting incorporated materials from the visual culture of our geography without letting one dominate the others: panels, signboards, wrappings and ceramic tiles. The artist’s images embrace an expression that is dislocated and fragmentary, but also somehow holistic and repetitive, thereby breaking open a third window: a mnemonic space that is at once colorful and meditative… While his memory constantly operates like an archivist, the artist documents all sorts of written and visual data. Cosentino’s mobile and ludic setup once again reminds us of the typical obliviousness of modernity, by suggesting concepts such as the fleetingness of megacities and urban architecture, the loss of human scale and localness, the superhuman speed and even consumption.