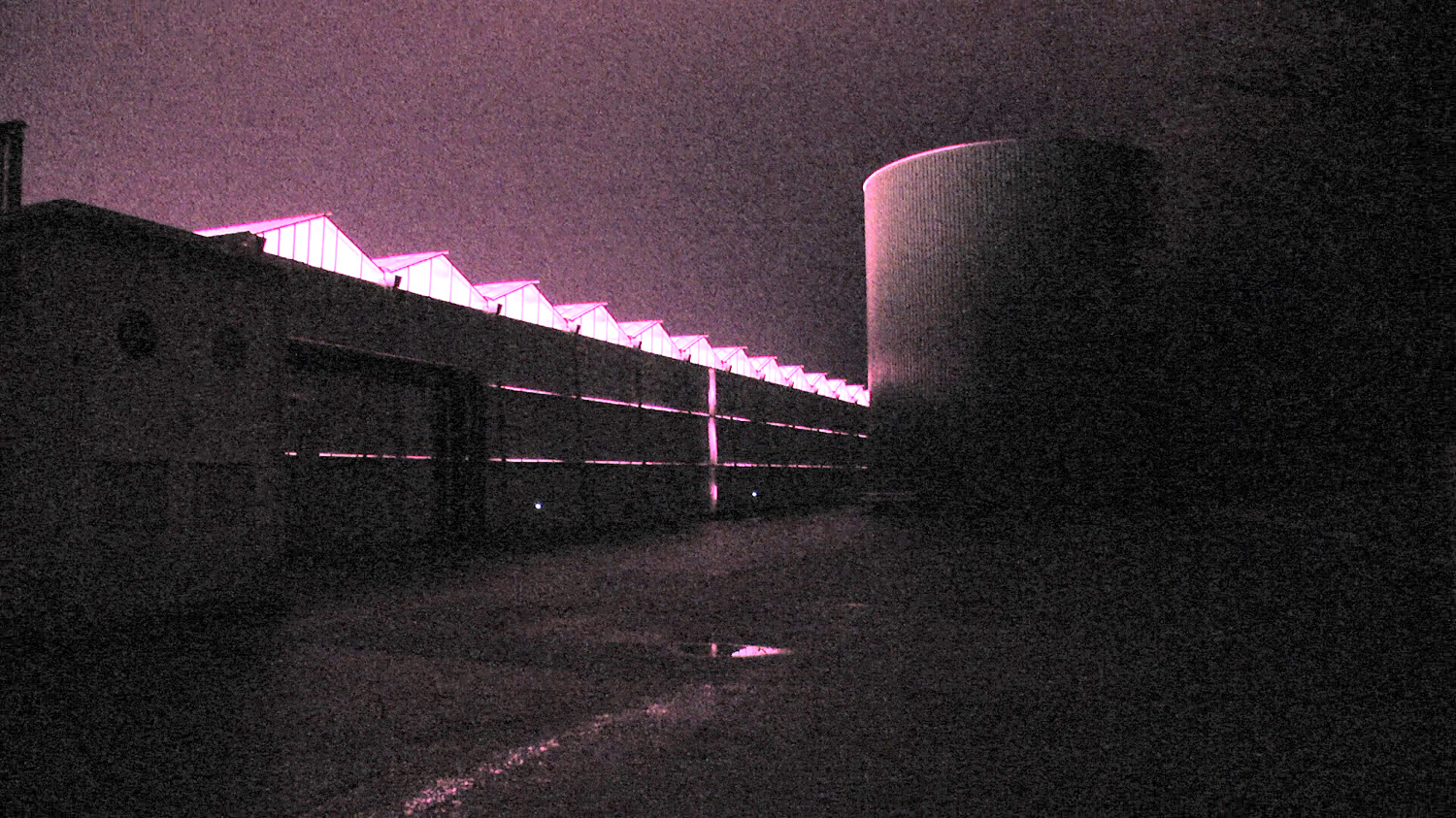 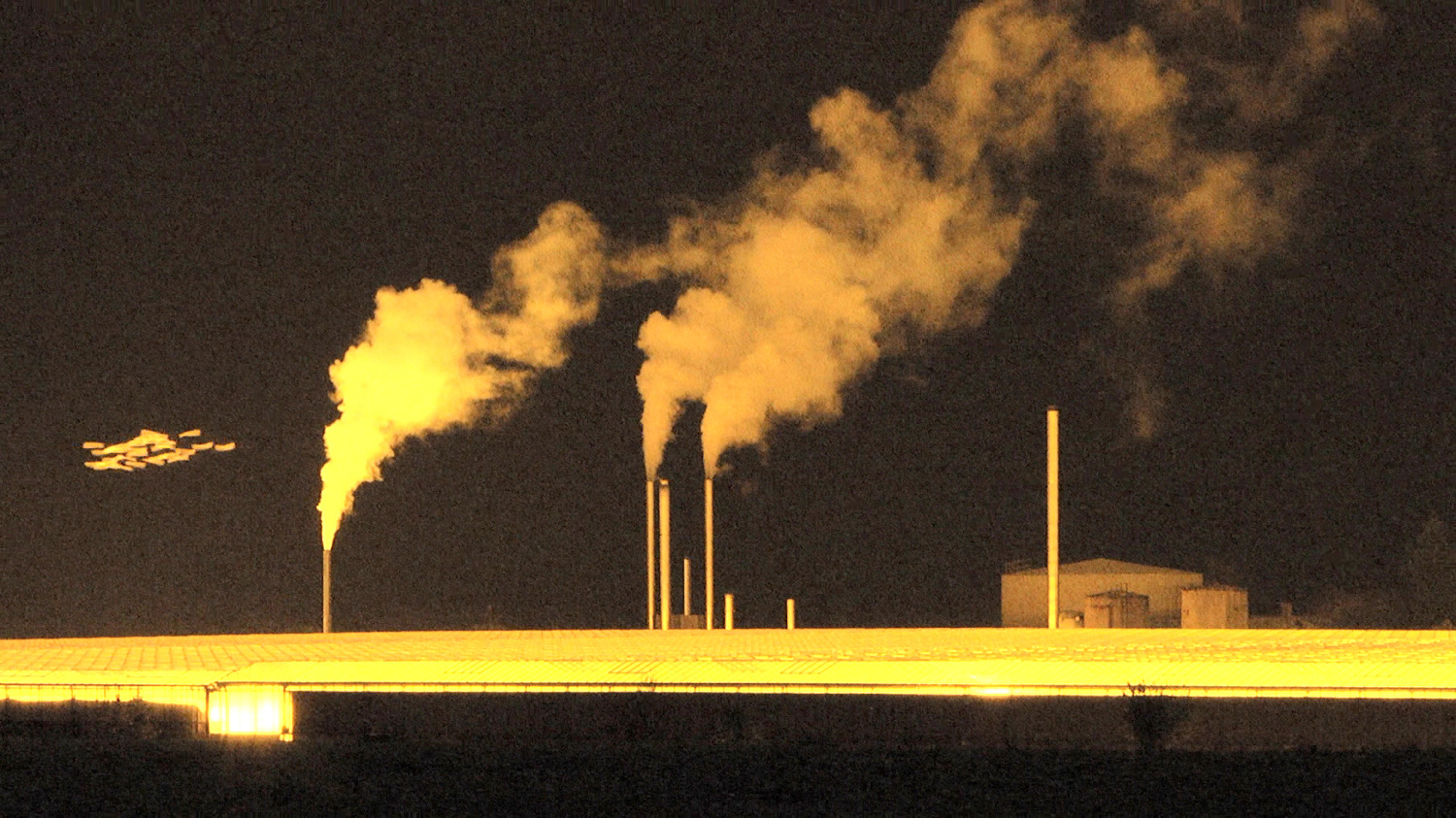 We live in strange times, in undefined landscapes. It’s as if an era has come to an end, and an uncertain future is before us like a foggy void, an abyss. The civilization that we have established, or we think we have established, is the one shaped by our passions, rapidly moving towards an inevitable disaster. We are on the verge of falling.

We leave familiar lands and embark on a necessary journey. The place we came from is certain, the way we are heading is unknown, and there is no destination. We are moving into an unsafe area with no guidance. We’re right in the middle of a Soviet sci-fi. Time and space are uncanny.

Anne-Charlotte Finel captures places that are difficult to define, ships sailing on uncharted waters, and rivers lost in a deep void. Images are flowing freely; dissolved and liquified. We are unavoidably moving towards a bottomless pit.

Ghazel tells the stories of the uprooted people; stories of uncanny journeys leaving the known behind. Ships that set sail only to disappear, planes that are vaguely hovering, trees that cannot take root… But does life fit in a few suitcases?

Colossal greenhouses appear before us as vague silhouettes in the eternal sunshine. Red, purple, and yellow-dominant lights reflect through the shadows. The scene is almost as if from an obscure celestial event, maybe the remnants of a chemical explosion, or perhaps, we are in a grotesque nightclub, magical but unsettling.

A dark sea… Just an indistinct ghost on the black background. A cargo ship passes by, solitary and solemnly, crossing the landscape and the frame. The story is actually about passing; a journey from the visible to the invisible.

A close-up whirlpool… Stream of water that looks like sound waves… They pour into an unknown void. The image shifts from dark blue to grey or even black. The audience slowly enters a hypnotic world. The rest is deep sleep, dreaming or in darkness…

Anne-Charlotte Finel was born in Paris in 1986 and graduated from the Beaux-Arts of Paris with honours in 2010. Since then, she has been primarily making video productions. She evaluates all the subtleties of this developing media and pushes its limits. She pays great attention to using the language in accordance with the context. “I make my videos at night, at dawn, at dusk, and at the witching hour. An uncertain, mysterious period, when everything is as if on hold.” This interstice is also geographical, on the borderline between city and country, a transitory landscape to be criss-crossed with the eye, and recurrent in the artist’s praxis. She captures the bodies at a close range, and the bodies turn into independent landscapes. She seeks to create “images moving away from a reality which would be too raw, too defined”, slow, almost dreamlike images, similar to an abstract motif.

Recipient of the Video Award from François Sommer Fondation in 2015 and of the Conseil Départemental des Hauts-de-Seine Award attributed to her at the Salon de Montrouge in 2016. She had solo exhibitions at Galerie Edouard Manet (Gennevilliers), Galerie Jousse Entreprise (Paris), Ateliers Vortex (Dijon), Centre d’art Le Lait (Albi), The Chimney (New York) as well as in five cities around Russia in partnership with the Saint-Petersburg French Institute. Her work was included in collective exhibitions at the Palais de Tokyo and the Synagogue de Delme in France as well as internationally (Mexico, Australia, Hong-Kong, Italy, Germany, Japan and The United States).